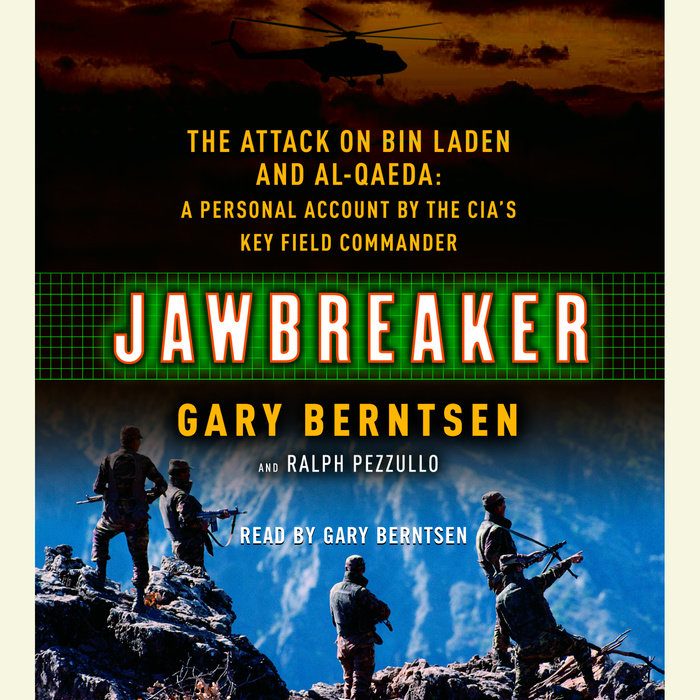 In Jawbreaker Gary Berntsen, until recently one of the CIA’s most decorated officers, comes out from under cover for the first time to describe his no-holds-barred pursuit of Osama bin Laden and al-Qaeda.

With his unique mix of clandestine knowledge and paramilitary training, Berntsen represents the new face of counterterrorism. Recognized within the agency for his aggressiveness, Berntsen, when dispatched to Afghanistan, made annihilating the enemy his job description.

As the CIA’s key commander coordinating the fight against the Taliban forces around Kabul, and the drive toward Tora Bora, Berntsen not only led dozens of CIA and Special Operations Forces, he also raised 2,000 Afghan fighters to aid in the hunt for bin Laden.

In this first-person account of that incredible pursuit, which actually began years earlier in an East Africa bombing investigation, Berntsen describes being ferried by rickety helicopter over the towering peaks of Afghanistan, sitting by General Tommy Franks’s side as heated negotiations were conducted with Northern Alliance generals, bargaining relentlessly with treacherous Afghan warlords and Taliban traitors, plotting to save hostages about to be used as pawns, calling in B-52 strikes on dug-in enemy units, and deploying a dizzying array of Special Forces teams in the pursuit of the world’s most wanted terrorist. Most crucially, Berntsen tells of cornering bin Laden in the Tora Bora mountains—and what happened when Berntsen begged Washington to block the al-Qaeda leader’s last avenue of escape.

As disturbingly eye-opening as it is adrenaline-charged, Jawbreaker races from CIA war rooms to diplomatic offices to mountaintop redoubts to paint a vivid portrait of a new kind of warfare, showing what can and should be done to deal a death blow to freedom’s enemies.

His eyebrow-raising style:
“Most CIA Case Officers advanced their careers by recruiting sources and producing intelligence, I took a more grab-them-by-the-neck approach…I operated on the principle that it was easier to seek forgiveness than ask for approval. Take risks, but make sure you’re successful. Success, not good intentions, would determine my fate.”

Doing whatever it took:
“I didn’t just want to survive: I wanted to annihilate the enemy. And I didn’t want to end up like one of my favorite historical characters—Alexander Burns…He was one of the first of more than 14,000 British soldiers to be wiped out by the Afghans in the First Afghan War. Like Burns before me, I was also an intelligence officer and spoke Persian. This was my second trip into Afghanistan, too. The difference, I told myself, was that Burns had been a gentleman and I would do whatever it took to win.”

Dealing with a Taliban official who controlled American hostages:
“Tell him that if he betrays me or loses the hostages I’ll spend every waking moment of my life hunting him down to kill him. Tell him I’m not like any American he has ever met.”

The capabilities of his Tora Bora spotter team:
“Working nonstop, the four men directed strike after strike by B-1s, B-2s, and F-14s onto the al-Qaeda encampment with incredible precision. Somehow through the massive bureaucracy, thousands of miles of distance [and] reams of red tape…the U.S. had managed to place four of the most skilled men in the world above the motherlode of al-Qaeda, with a laser designator and communications system linked to the most potent air power in history…As I listened over our encrypted radio network, one word kept pounding in my head: revenge.”

“The hunt for Osama bin Laden is the story of courageous CIA officers, like Gary Berntsen, repeatedly finding him and U.S. political and military leaders refusing to kill him. Berntsen’s excellent book Jawbreaker—which CIA leaders tried to suppress to protect America's bipartisan political elite and its military sycophants—precisely describes the eleventh such opportunity since 1998, and again shows that uniformed bureaucrats masquerading as U.S. generals let him escape from Tora Bora rather than risk the lives of U.S. soldiers. Read this heartbreaking book, keep it safe, and reread it after al-Qaeda detonates a nuclear device in America. You will then know who signed the death warrant for tens of thousands of your countrymen.” —Michael Scheuer, bestselling author of Imperial Hubris and Through Our Enemies’ Eyes


“Jawbreaker is a real page turner . . . Berntsen was the CIA’s ‘go to guy’ when it came to leading in Afghanistan, owing to his exceptional operational and leadership skills in situations involving the threat of immediate danger. Berntsen is brave and bold and a true American hero.” —Cofer Black, former Chief of the Central Intelligence Agency's Counterterrorism Center


“The Afghan campaign of 2001 was the CIA’s finest hour. Jawbreaker is the story of that victory and of the handful of clandestine service officers who organized one of the swiftest, most economical and most decisive military operations in history. Jawbreaker is both a thrilling read and a timely reminder of why America needs a clandestine service, and what we owe to those who serve in it.” —James Dobbins, Director of International Security and Defense Policy, Rand Corporation; Former U.S. Special Envoy to Afghanistan
Read More 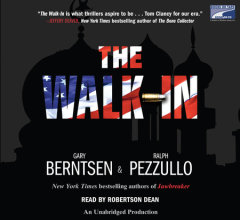