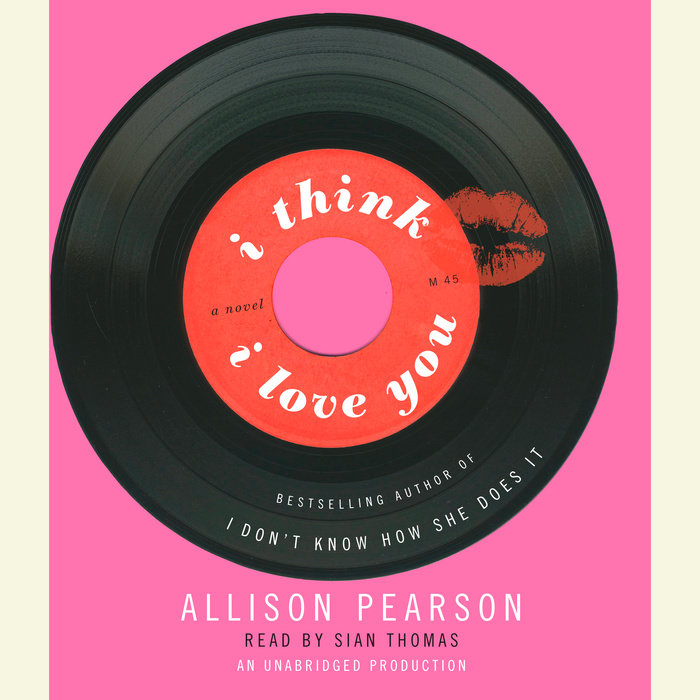 The new novel from the best-selling author of I Don’t Know How She Does It takes us on an unforgettable journey into first love, and—with the emotional intensity and penetrating wit that have made her beloved among readers all over the world—reminds us of how the ardor of our youth can ignite our adult lives.

Wales, 1974. Petra and Sharon, two thirteen-year-old girls, are obsessed with David Cassidy. His fan magazine is their Bible, and some days his letters are the only things that keep them going as they struggle through the humiliating daily rituals of adolescence—confronting their bewildering new bodies, fighting with mothers who don’t understand them at all. Together they tackle the Ultimate David Cassidy Quiz, a contest whose winners will be flown to America to meet Cassidy in person.

London, 1998. Petra is pushing forty, on the brink of divorce, and fighting with her own thirteen-year-old daughter when she discovers a dusty letter in her mother’s closet declaring her the winner of the contest she and Sharon had labored over with such hope and determination. More than twenty years later, twenty pounds heavier, bruised by grief and the disappointments of middle age, Petra reunites with Sharon for an all-expenses-paid trip to Las Vegas to meet their teen idol at last, and finds her life utterly transformed.

Funny, moving, full of beautiful observations about the awakenings of both youth and middle age, Allison Pearson’s long-awaited new novel will speak across generations to mothers and daughters and women of all ages.

“What I Don't Know How She Does It did for working mothers, I Think I Love You does for every woman who’s gone through life with an idealized notion of love. . . . An entertaining, thoughtful story that women of any age can relate to.” —The Oregonian

“It was impossible not to be captivated by this romantic comedy.” —Chicago Tribune

“Pearson writes with such humor and affection for her characters. . . . Combines effervescence with earnestness, a finely tuned sense of absurdity with nostalgia, satiric wit with genuine warmth.” —The New York Times

“Anyone who ever swooned over the pages of Teen Beat will delight in the premise of I Think I Love You. . . . Offers comedic relief of the highest order.” —The Minneapolis Star-Tribune

“[A] funny, tender novel about first love—and whether we ever really grow out of it.” —O, The Oprah Magazine

“I Think I Love You will have special resonance for baby boomers who experienced the early 1970s as young teens. . . . But Pearson’s empathetic portrait of Petra transcends the era, as does Petra’s tender recollection of her first, unobtainable love.” —The Wall Street Journal

“Pearson grabs 1970s nostalgia by its weepy, pop-culture heartstrings in I Think I Love You, an homage to teen crushes. . . . Sweetly told.” —USA Today

“[Petra] is the beating heart of the story, quick with nostalgic references and the bewitching, heartbroken thrills that come close to the urgency of first love.” —The Daily Beast

“Capture[s] the heady intensity of a teenage crush. . . . If you were a David Cassidy fan yourself, you may find that the book is enough to fuel a trip down memory lane.” —The Boston Globe

“If you’ve ever been a teenage girl, you know exactly how the desperation feels and maybe understand why it was so hard for me at the age of 48 to restrain myself when Cassidy walked by. If you don’t understand the phenomenon, read Pearson’s book for some entertaining insight.” —Catherine Mallette, The Dallas Fort Worth Star-Telegram

“Petra has a piercing wit and a boundless charm, but it’s Pearson’s insights into friendship, celebrity worship from the inside out, and the knocks you take in life that create a winning novel of hope, lost and found.” —Publisher’s Weekly

“Read this if you remember plastering your walls with your idol’s posters, singing along with the radio or screaming at a concert. . . . Whimsically sweet.” —Newark Star-Ledger

“Flawless and funny. . . . Manages to inhabit the tricky territory of the adolescent mind so convincingly that you can almost hear your own teenage self speaking.” —The Daily Telegraph (London)

“Too young to have saved your Friday nights for The Partridge Family? You’ll still enjoy this insightful story about how our youthful passions shape who we become.” —People

“[A] deceptively sparkly book. . . . Does for the pop crush what Nick Hornby has done for football and vinyl, but Pearson, the voice of a generation of frazzled women who think perfection is within their grasp, has added something extra to the mix.” —The Sunday Times (London)

“Reading this book made me remember what it was like to be in love. . . . This book is about big things—friendship, motherhood, love, loss—seen through the prism of smoke from a joss stick, set to jingly jangly music that still makes the hair on the back of the neck stand up.” —Liz Jones, Evening Standard (London)

“Pearson knows how to capture emotion, from adolescent infatuation to grownup devastation.” —The Miami Herald

“I Think I Love You . . . delves deeply into celebrity obsession, adolescence and motherhood. . . . Anyone who has ever loved a celebrity they’ve never met will appreciate this book.” —Bookreporter.com
Read More 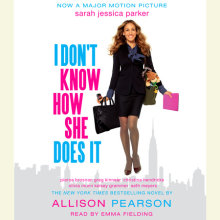