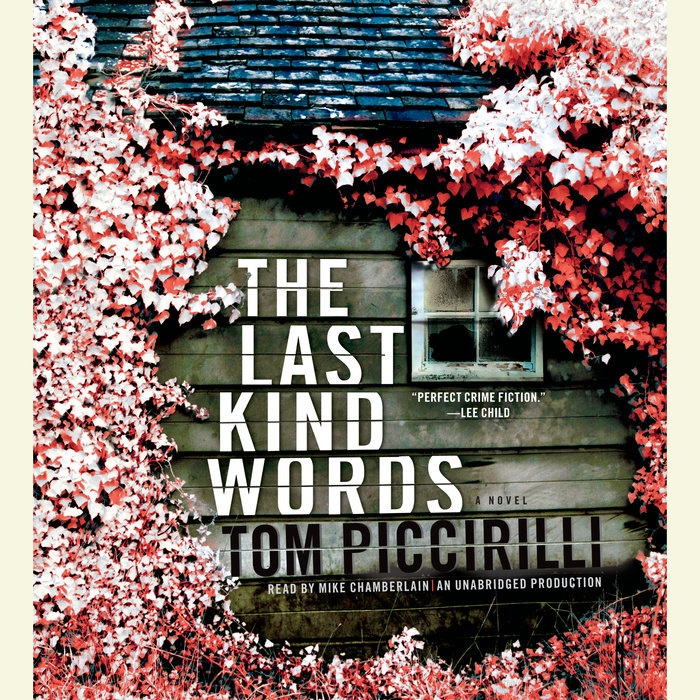 From award-winning author Tom Piccirilli comes what Lee Child calls “perfect crime fiction,” a wholly original novel introducing the Rands, a vipers’ nest of crooks and cons, one generation stealing from the next. Upon the razor-thin edge between love and violence lives a pair of brothers, their bonds frayed by betrayals and guilt, their loyalty to each other their last salvation.

Raised to pick a pocket before he could walk, Terry Rand cut free from his family after his older brother, Collie, went on a senseless killing spree that left eight dead. Five years later, only days before his scheduled execution, Collie contacts Terry and asks him to return home. Collie claims he wasn’t responsible for one of the murders—and insists that the real killer is still on the loose.

Dogged by his own demons, Terry is swept back into the schemes and scams of his family: His father, Pinsch, a retired cat burglar, brokenhearted because of his two sons. His card-sharp uncles, Mal and Grey, who’ve incurred the anger of the local mob. His grandfather, Shep, whose mind is failing but whose fingers can still slip out a wallet  from across the room. His teenage sister, Dale, who’s flirting dangerously with the lure of the family business. And Kimmie, the woman Terry abandoned, who’s now raising a child with Terry’s former best friend.

Terry pieces together the day his brother turned rabid, delving into a blood history that reveals the Rand family tree is rotten to the roots, and the secrets his ancestors buried are now coming furious and vengeful to the surface.

A meditation on how love can confine a person just as easily as it can free him, juxtaposing shocking violence and sly humor, The Last Kind Words is the brilliantly inventive family saga that only a singular talent like Tom Piccirilli could conjure.

Praise for The Last Kind Words

“A crime noir mystery as hard-boiled as any in recent memory, recalling the work of Chandler, Pelecanos and Connelly . . . Readers literally will be pinned to their seats until the last page is turned.”—Bookreporter

“At once a dark and brooding page-turner and a heartfelt tale about the ties that bind.”—Lisa Unger, New York Times bestselling author of Heartbroken

“[Piccirilli] deserves a breakout novel, and this just might be it.”—Booklist (starred review)
Read More

“Perfect crime fiction . . . a convincing world, a cast of compelling characters, and above all a great story.”—Lee Child, New York Times bestselling author of 61 Hours

“For the first time since The Godfather, a family of criminals has stolen my heart. This is a brilliant mix of love and violence, charm and corruption. I loved it.”—Nancy Pickard, bestselling author of The Scent of Rain and Lightning

“You don’t choose your family. And the Rand clan, a family of thieves, is bad to the bone. But it’s a testimony to Tom Piccirilli’s stellar writing that you still care about each and every one of them. The Last Kind Words is at once a dark and brooding page-turner and a heartfelt tale about the ties that bind.”—Lisa Unger, New York Times bestselling author of Darkness, My Old Friend

“Tom Piccirilli’s sense of relationships and the haunting power of family lifts his writing beyond others in the genre. The Last Kind Words is a swift-moving and hard-hitting novel.”—Michael Koryta, Edgar Award–nominated author of The Ridge

“A stunning story that ranges far afield at times but never truly leaves home, a place where shadows grow in every corner . . . superbly told, with prose that doesn’t mess about or flinch from evil.”—Daniel Woodrell, PEN USA award–winning author of Winter’s Bone

“There’s more life in The Last Kind Words (and more heartache, action, and deliverance) than in any other novel I’ve read in the past couple of years.”—Steve Hamilton, Edgar Award–winning author of The Lock Artist

“You’re in for a treat. Tom Piccirilli is one of the most exciting authors around. He writes vivid action that is gripping and smart, with characters you believe in and care about.”—David Morrell, New York Times bestselling author of First Blood

“Mystic River set the bar for classic literary mystery, and The Last Kind Words is a novel on the same superb playing field. Compassionate, fascinating, and with an adrenaline narrative that is as gripping as it is moving, this book is pure alchemy.”—Ken Bruen, Shamus and Macavity Award–winning author of The Guards and Headstone

“Piccirilli’s family of heartbroken thieves, bound by love, secrets, and family codes, kept me turning the pages until the very end. It pained me to put this book down at night. Tom Piccirilli is the leader of a new pack of writers combining the best elements of crime, mystery, and literary fiction in a way that would make Chandler proud. I loved this book, and can’t wait for the sequel.”—Sara Gran, author of Clare DeWitt and the City of the Dead

“Tom Piccirilli’s The Last Kind Words is a story born of the dark legacies of family violence and loss. With vivid prose and palpable urgency, it succeeds utterly as a crime tale. At the same time, it reminds us that crimes can emanate from both the darkest and lightest of places, and renders the heart of a damaged family with clear-eyed yet fervent beauty.”—Megan Abbott, author of The End of Everything

“Piccirilli has created a world so real you can smell the mildew.  After writing crime and horror for presses well known and obscure, he deserves a breakout novel and this just might be it.”  —Booklist (starred review)

“A searing examination of the ties that bind brother to brother…a soulful, shivery edge to this tale of an unhappy family that’s assuredly unhappy in its own special way.”
—Kirkus

“[A] sharp slice of contemporary noir….Piccirilli’s mastery of the hard-boiled idiom is pitch perfect, particularly in the repartee between his characters, while the picture he paints of the criminal corruption conjoining the innocent and guilty in a small Long Island community is as persuasive as it is seamy.  Readers who like a bleak streak in their crime fiction will enjoy this well-wrought novel.”  —Publishers Weekly