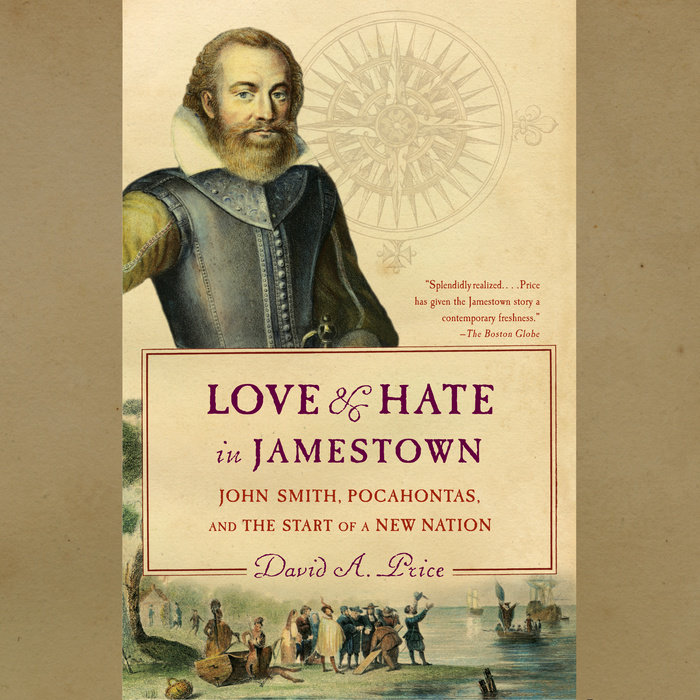 Written by: David A. Price
Read by: Josh Innerst
10 Hours and 53 Minutes Imprint: Random House Audio Genre: History - United States - Colonial Period (1600-1775) Release Date: December 15, 2020
School Library Journal Adult Books for Young Adults
A gripping narrative of one of the great survival stories of American history: the opening of the first permanent English settlement in the New World. Drawing on period letters and chronicles, and on the papers of the Virginia Company–which financed the settlement of Jamestown–David Price tells a tale of cowardice and courage, stupidity and brilliance, tragedy and costly triumph. He takes us into the day-to-day existence of the English men and women whose charge was to find gold and a route to the Orient, and who found, instead, hardship and wretched misery. Death, in fact, became the settlers’ most faithful companion, and their infighting was ceaseless.

Price offers a rare balanced view of the relationship between the settlers and the natives. He unravels the crucial role of Pocahontas, a young woman whose reality has been obscured by centuries of legend and misinformation (and, more recently, animation). He paints indelible portraits of Chief Powhatan, the aged monarch who came close to ending the colony’s existence, and Captain John Smith, the former mercenary and slave, whose disdain for class distinctions infuriated many around him–even as his resourcefulness made him essential to the colony’s success.

Love and Hate in Jamestown is a superb work of popular history, reminding us of the horrors and heroism that marked the dawning of our nation.
Read More
"A fine book...one that personifies the virtues I esteem...clarity, intelligence, grace,
novelty, and brevity."
--David L. Beck, San Jose Mecury News

"Splendidly realized...firmly grounded in original sources...and in later scholarship, it has
the immediacy of contemporary journalism...by teasing out the themes of love and hate,
Price has given the Jamestown story a contemporary freshness."
--Michael Kenney, Boston Globe

"Combining a gift for storytelling with meticulous scholarship...Price sorts reality from
legend in his splendid new book....it is superbly done."
-- Roger Bishop, BookPage

"A graceful narrative history of the troubled Jamestown colony....A first-rate work of
popular history, and sure to become a standard."
--Kirkus

“Price has digested the most recent scholarship on early Virginia, then filtered it through his instincts as a storyteller to create the most historically correct and stylistically elegant rendering of John Smith and Pocahontas that I have ever read."
–Joseph J. Ellis, author of Founding Brothers: The Revolutionary Generation

"In a rousing tale of the early years of Jamestown, David A. Price rescues Pocahontas and the Virginia settlement from Hollywood cartoons as deftly as the young Indian princess may have saved Captain John Smith from execution by her father, the great Powhatan."
–Jon Kukla, author of A Wilderness So Immense

"A juicy feast of compelling storytelling....a meticulosuly researched volume ...that scans
in the imagination like a motion picture. Love and Hate in Jamestown deserves an honored spot
in any history buffs library."
--Jerrold J. Ladd, Sr., Fort Worth Star-Telegram 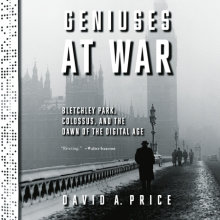