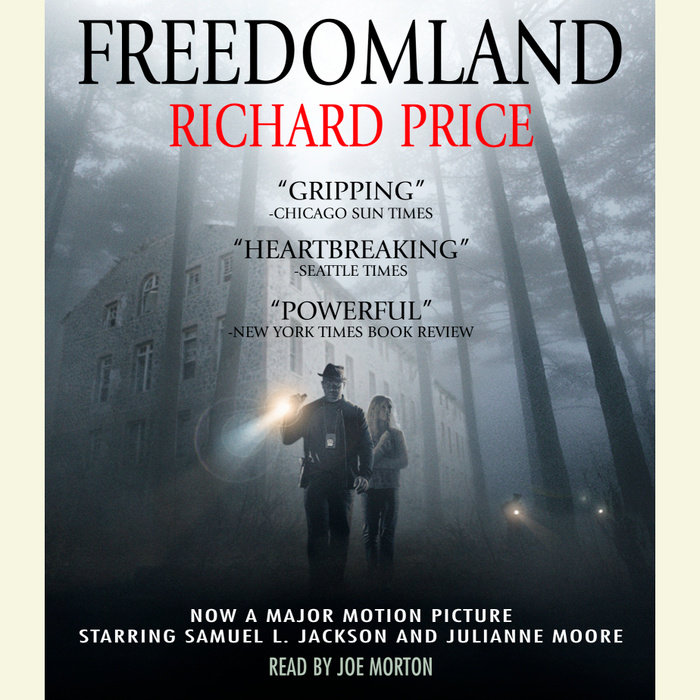 Written by: Richard Price
Read by: Joe Morton
5 Hours and 54 Minutes Imprint: Random House Audio Genre: Fiction - Urban & Street Lit Release Date: April 01, 2008
In 1998, Richard Price returned to the gritty urban landscape of his national bestseller Clockers to produce Freedomland, a searing and unforgettable novel about a hijacked car, a missing child, and an embattled neighborhood polarized by racism, distrust, and accusation.  Freedomland hit bestseller lists from coast to coast, including those of the Boston Globe, USA Today and Los Angeles Times; garnered universally rave reviews; and was selected as the Grand Prize Winner of the Imus American Book Award and as a New York Times Notable Book.  On May 11, this highly lauded bestseller is available in paperback for the first time.

A white woman, her hands gashed and bloody, stumbles into an inner-city emergency room and announces that she has just been carjacked by a black man. But then comes the horrifying twist: Her young son was asleep in the back seat, and he has now disappeared into the night.

So begins Richard Price's electrifying new novel, a tale set on the same turf--Dempsey, New Jersey--as Clockers. Assigned to investigate the case of Brenda Martin's missing child is detective Lorenzo Council, a local son of the very housing project targeted as the scene of the crime. Under a white-hot media glare, Lorenzo launches an all-out search for the abducted boy, even as he quietly explores a different possibility: Does Brenda Martin know a lot more about her son's disappearance than she's admitting?

Right behind Lorenzo is Jesse Haus, an ambitious young reporter from the city's evening paper. Almost immediately, Jesse suspects Brenda of hiding something. Relentlessly, she works her way into the distraught mother's fragile world, befriending her even as she looks for the chance to break the biggest story of her career.

As the search for the alleged carjacker intensifies, so does the simmering racial tension between Dempsey and its mostly white neighbor, Gannon. And when the Gannon police arrest a black man from Dempsey and declare him a suspect, the animosity between the two cities threatens to boil over into violence. With the media swarming and the mood turning increasingly ugly, Lorenzo must take desperate measures to get to the bottom of Brenda Martin's story.

At once a suspenseful mystery and a brilliant portrait of two cities locked in a death-grip of explosive rage, Freedomland reveals the heart of the urban American experience--dislocated, furious, yearning--as never before. Richard Price has created a vibrant, gut-wrenching masterpiece whose images will remain long after the final, devastating pages.
Read More
Praise for Richard Price and his work:

"Chilling--We have come to expect many rewards from Price's work, yet none of his previous novels have quite prepared us for the force of sympathy he is able to generate--in Freedomland."
--The New York Times Book Review

"An enormous achievement--Freedomland is Bonfire of the Vanities without the laughs, New Jersey as the ninth circle of hell, and in the end everyone burns."
--Stephen King

"Richard Price is America's Dickens--. It is the rare novelist who doesn't just embellish the evening news but reimagines it in the context of his own America."
--Los Angeles Times

"[Price] is a writer with uncommon brains, heart and nerve."
--The Seattle Times

"A tour de force of character and plot--Freedomland teems with such dead-on detail and briny authenticity that its language must have been inspired by stairwell eavesdropping."
- People

"A big, cinemascope thriller, a novel that captures the racial politics and media madness of the Age of O.J., a novel that transforms today's headlines into a forceful, harrowing drama....a terrific read...Price has written his most powerful novel yet."
--Michiko Kakutani, New York Times

"Price shows that he's got the best equipment a novelist can have--that combination of muscularity, insight, and compassion we might call heart."
--Washington Post Book World

"Powerful...harrowing...a drama of quite remarkable complexity."
--the New York Times on Clockers 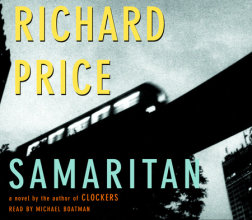