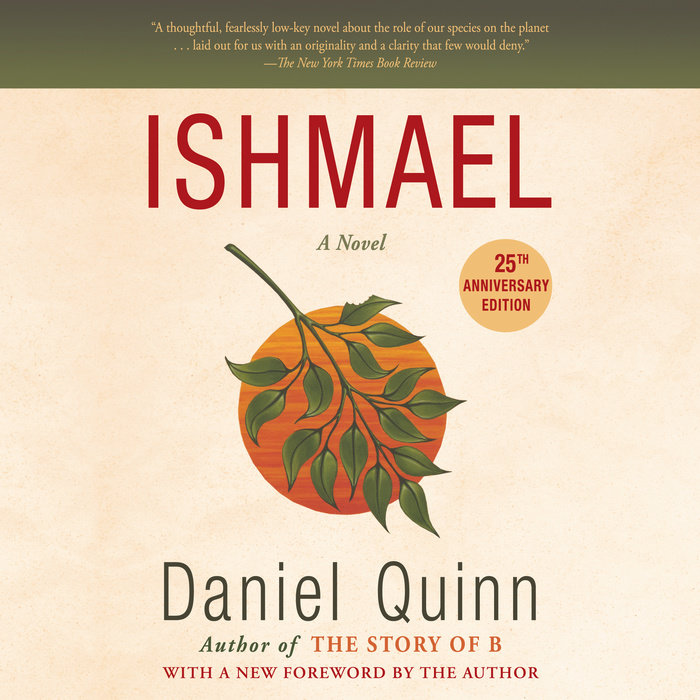 Written by: Daniel Quinn
Read by: Kirby Heyborne & Morgan Freeman
8 Hours and 43 Minutes Imprint: Random House Audio Genre: Fiction - Religious Release Date: June 29, 2021
One of the most beloved and bestselling novels of spiritual adventure ever published, Ishmael has earned a passionate following. This special twenty-fifth anniversary edition features a new foreword and afterword by the author.

“A thoughtful, fearlessly low-key novel about the role of our species on the planet . . . laid out for us with an originality and a clarity that few would deny.”—The New York Times Book Review

Teacher Seeks Pupil.
Must have an earnest desire to save the world.
Apply in person.

It was just a three-line ad in the personals section, but it launched the adventure of a lifetime.

So begins an utterly unique and captivating novel. It is the story of a man who embarks on a highly provocative intellectual adventure with a gorilla—a journey of the mind and spirit that changes forever the way he sees the world and humankind’s place in it.

In Ishmael, which received the Turner Tomorrow Fellowship for the best work of fiction offering positive solutions to global problems, Daniel Quinn parses humanity’s origins and its relationship with nature, in search of an answer to this challenging question: How can we save the world from ourselves?

Explore Daniel Quinn’s spiritual Ishmael trilogy, available on audio:
ISHMAEL • MY ISHMAEL • THE STORY OF B

“As suspenseful, inventive, and socially urgent as any fiction or nonfiction you are likely to read this or any other year.”—The Austin Chronicle

“Before we’re halfway through this slim book . . . we’re in [Daniel Quinn’s] grip, we want Ishmael to teach us how to save the planet from ourselves. We want to change our lives.”—The Washington Post

“Arthur Koestler, in an essay in which he wondered whether mankind would go the way of the dinosaur, formulated what he called the Dinosaur’s Prayer: ‘Lord, a little more time!’ Ishmael does its bit to answer that prayer and may just possibly have bought us all a little more time.”—Los Angeles Times
Read More
“A thoughtful, fearlessly low-key novel about the role of our species on the planet . . . laid out for us with an originality and a clarity that few would deny.”—The New York Times Book Review

“[Quinn entraps] us in the dialogue itself, in the sweet and terrible lucidity of Ishmael’s analysis of the human condition. . . . It was surely for this deep, clear persuasiveness of argument that Ishmael was given its huge prize.”—The Washington Post

“It is as suspenseful, inventive, and socially urgent as any fiction or nonfiction book you are likely to read this or any other year.”—The Austin Chronicle

“Deserves high marks as a serious—and all too rare—effort that is unflinchingly engaged with fundamental life-and-death concerns.”—The Atlanta Journal-Constitution
Read More 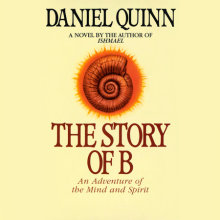 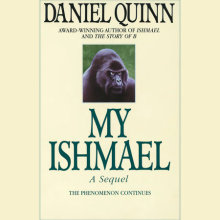 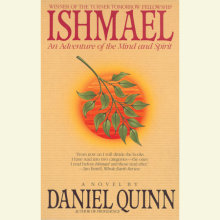