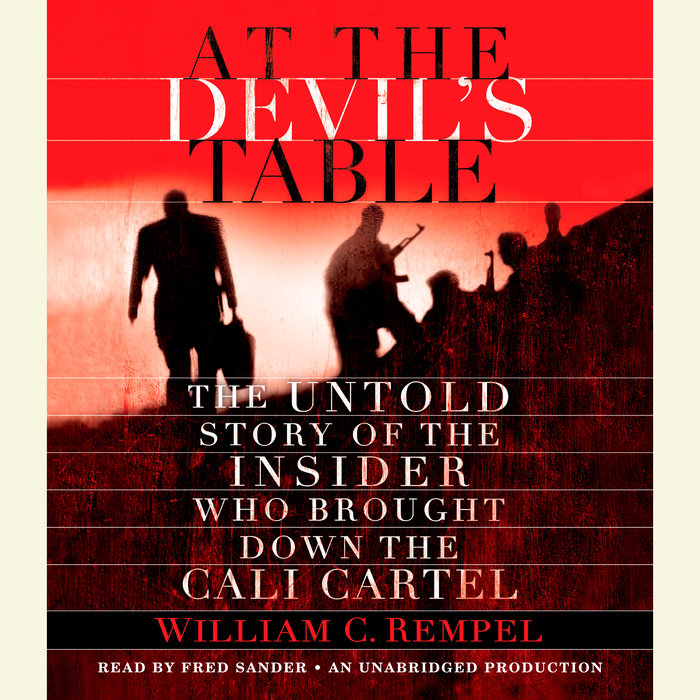 Colombia in the 1990s is a country in chaos, as a weak government battles guerrilla movements and narco-traffickers, including the notorious Pablo Escobar and his rivals in the Cali cartel. Enter Jorge Salcedo, a part-time soldier, a gifted engineer, a respected businessman and family man—and a man who despises Pablo Escobar for patriotic and deeply personal reasons. He is introduced to the godfathers of the Cali cartel, who are at war with Escobar and desperately want their foe dead. With mixed feelings, Jorge agrees to help them.

Once inside, Jorge rises to become head of security for Miguel Rodríguez Orejuela, principal godfather of the $7-billion-a-year Cali drug cartel. Jorge tries to turn a blind eye to the violence, corruption, and brutality that surround him, and he struggles privately to preserve his integrity even as he is drawn deeper into the web of cartel operations. Then comes an order from the godfathers that he can’t obey—but can’t refuse. Jorge realizes that his only way out is to bring down the biggest, richest crime syndicate of all time.

Thus begins a heart-pumping roller-coaster ride of intensifying peril. Secretly aided by a pair of young American DEA agents, Jorge races time and cartel assassins to extract damaging evidence, help capture the fugitive godfather, and save the life of a witness targeted for murder. Through it all, death lurks a single misstep away.

William C. Rempel is the only reporter with access to this story and to Jorge, who remains in hiding somewhere in the United States—even the author doesn’t know where—but has revealed his experience in gripping detail. Salcedo’s is the story of one extraordinary ordinary man forced to risk everything to end a nightmare of his own making.
Read More
Advanced Praise for At the Devil's Table:

"In this powerful and riveting work of nonfiction, William Rempel demonstrates the virtues of investigative reporting. Gaining access to the figure that could—and indeed did—spill the secrets that brought down a cartel, Rempel has an extraordinary story to tell. He not only takes the reader inside the hidden world of the drug cartels. He also provides a fascinating character study of a man who must answer a simple harrowing question: Should he risk his life in order to save his soul, or should he keep a pact with the devil?"—David Grann, author of The Lost City of Z

“Bill Rempel has earned his reputation as one of America's finest investigative reporters the old fashioned way -- by getting people to tell him explosive stories they won't talk about with anyone else. At the Devil's Table brings Rempel's skills to the fore as never before, revealing the graphic details of Colombia's bloody drug wars from the ultimate insider. By the end, you realize that the biggest mystery is how Jorge Salcedo stayed alive long enough to tell Rempel about his amazing life.”—James Risen, author of State of War: The Secret History of the CIA and the Bush Administration

“This fast-paced, beautifully crafted piece of storytelling is filled with unexpected twists and genuine humanity. Rempel weaves extraordinary access to the ruthless world of the drug cartels into a gripping and elegant work of true crime and redemption. In the hands of a masterful reporter and storyteller, even readers familiar with the forbidden realms of traffickers are in for a thrill-ride of surprises with some of the most intriguing characters in non-fiction.”—Douglas Frantz, federal investigator and co-author of The Nuclear Jihadist and Fallout
Read More