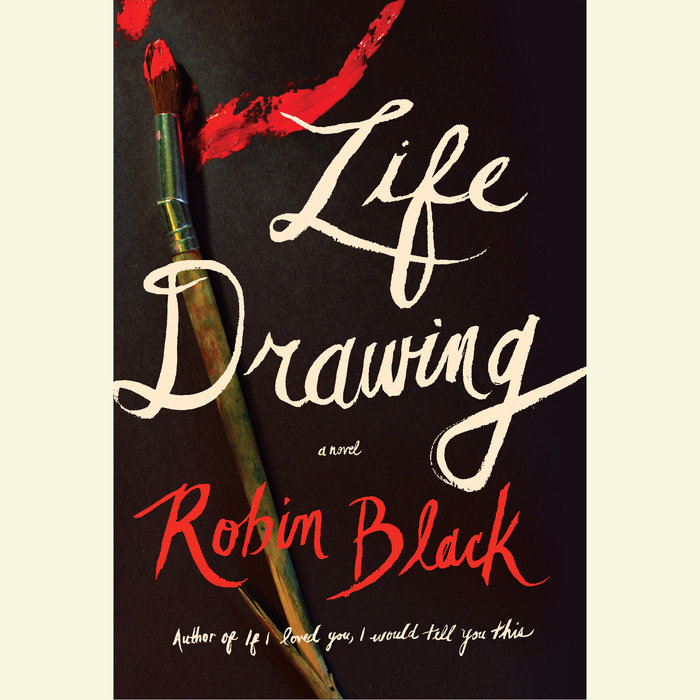 “Taut, elegant . . . Black is a writer of great wisdom.”—Claire Messud, The Guardian (UK)

Augusta Edelman—Gus to her friends—is a painter, a wife, and not always the best judge of her own choices—one of them bad enough that she and her husband, Owen, have fled their longtime city home and its reminders of troubling events. Now, three years into their secluded country life, Gus works daily on the marriage she nearly lost, discovers new inspiration for her art, and contemplates the mysteries of a childhood tragedy. But this quiet, healing rhythm is forever shattered one hot July day when a stranger moves into the abandoned house next door and crosses more boundaries than just those between their lands. A fierce, honest, and moving portrait of a woman grappling with her fate, Life Drawing is a debut novel as beautiful and unsparing as the human heart.

“The page-turning suspense of Robin Black’s novel comes from her beautiful, honest portrait of a marriage, of a life. . . . A novel of consequence, and a stunning one.”—San Francisco Chronicle

“Gripping . . . the power of this story is how it illuminates, in utterly compelling detail, the complex give-and-take of a couple trying to save their marriage.”—O: The Oprah Magazine

“Truly brilliant . . . [Black] is that rare writer whose gift for prose is matched by her mastery of the other elements that make a great novel. . . . [Her] psychological prowess and incisive observations lend an edge even to seemingly straightforward scenes.”—Chicago Tribune

“Races to its resolution . . . Black’s writing is clear and direct [with] observations about the way people relate that resonate well after the book is closed.”—The New York Times Book Review
Read More
“The simple facts—Gus’s relationship with Owen, her love affair with Bill—are, of course, not simple. [Robin] Black is a writer of great wisdom, and illuminates, without undue emphasis, the flickering complexity of individual histories. . . . The atmosphere of their love, of this house, is one of the most powerful aspects of Black’s unsettling and compelling novel. . . . [Her] taut, elegant prose is both effective and affecting. . . . Life Drawing is at once quiet and memorable. This makes it far from fashionable, and all the more to be applauded. Its author pursues real and vital questions. Astringent and wise, Black is not afraid to discomfit her readers. This novel, like life, is uneasy: what a relief.”—Claire Messud, The Guardian (UK)

“The page-turning suspense of Robin Black’s novel comes from her beautiful, honest portrait of a marriage, of a life. . . . A novel of consequence, and a stunning one.”—San Francisco Chronicle

“Gripping . . . The power of this story is how it illuminates, in utterly compelling detail, the complex give-and-take of a couple trying to save their marriage once betrayal has entered the picture.”—O: The Oprah Magazine

“Stunning . . . [Black] is that rare writer whose gift for prose is matched by her mastery of the other elements that make a great novel. . . . Black takes us well beneath the surface of her much-told midlife story, often-analyzed marital crisis, traditional setup for a classic denouement—making out of all of it a reading experience that is breathtaking, shiny and new. . . . Black’s psychological prowess and incisive observations lend an edge even to seemingly straightforward scenes. . . . Truly a brilliant, novel novel.”—Chicago Tribune

“Races to its resolution . . . Black’s writing is clear and direct [with] observations about the way people relate that resonate well after the book is closed.”—The New York Times Book Review

“Life Drawing is a tour de force, a taut, suspenseful story so beautifully written that it took my breath away.”—Christina Baker Kline, author of Orphan Train

“A thriller and a love story . . . a novel that will make you want to hug the person you love and never let go.”—NPR

“Explosive . . . impressive . . . a fine-brushed study of marriage’s light and shadow . . . There’s truth to be found in her portrait of long-lived love, its outlines painfully vulnerable to the perspectives of others.”—Vogue

“An examination of the fragility of human relationships and desires, and one of the more powerfully written books so far this year.”—The Roanoke Times

“Suffused with a remarkably sustained emotional intensity . . . Every intimate contour of the couple’s relationship is mapped by Black with devastating accuracy. Full of insight into the fragility of marriage, this is a memorable read.”—The Sunday Times (London)

“A gorgeously written portrait of the intimate workings of a long-term relationship.”—Good Housekeeping (UK)

“Fine-tuned and exactly observed . . . With such well-rounded characters and a highwire level of suspense, the novel builds to a devastating resolution.”—The Daily Mail (UK)

“Black's command of the story carries us swiftly through ever more dangerous rapids. . . . She captures the various pains and pleasures of love, and how betrayal distorts and damages, with superb subtlety.”—BBC

“A brutal yet tender look at marriage and creative partnership that hums with thriller-like tension . . . It might be the nearest thing to a perfect novel that I have ever read.”—The Bookseller (UK)

“Black’s characters are three-dimensional, and her depiction of their relationships, particularly between the two women, is masterly. An astute inquiry into relationships and betrayal, this novel is nerve-wracking yet irresistibly readable.”—Publishers Weekly

“In her debut novel, Black skillfully conveys the way a long-term relationship can so easily shift between love and affection and a petty tallying of old hurts and disappointments. In addition, she delivers a hair-raising portrait of a poisonous female friendship. Full of emotional turmoil yet subtle in its effect, this elegant novel is sure to draw in both women’s-fiction and literary-fiction fans.”—Booklist

“Gus is known for her precision as an artist, and this quality is evident in her narration; her clear and efficient voice undergirds the novel's lack of melodrama. The focus on friendship and family will appeal to fans of women’s fiction, while the role creativity plays in the lives of the characters will attract readers of literary fiction.”—Library Journal

“A riveting story about the corrosive effects of betrayal, and a beautifully written meditation on the delicate balance of intimacy and isolation within a long marriage.”—Alice Sebold

“Life Drawing is a magnificent literary achievement with a combination of wisdom and velocity that distinguishes it from any other novel I have read. An intimate revelation of love’s unlikely endurance and of art’s role in reviving and redeeming the past, it is also a heart-stopping, jaw-dropping thriller. Black’s characters, rendered in her signature breathtaking prose, are complex and unfamiliar, yet the joys and sorrows of their days feel universal. I deeply loved Owen and Gus, the book’s married protagonists, and I was pulling for them from the first page to the last. Life Drawing will fill your head and heart with a world of real-life ghosts, of careening desire and creative inspiration, and of some inescapable truths about human fragility. Novels are only very rarely this insightful or this gripping, and Life Drawing, which is both, will leave you changed.”—Karen Russell

“Robin Black’s Life Drawing is a rare and exquisitely wrought portrait of two people equally devoted to their marriage and their art, a couple striving to make sense of a dilemma in which fidelity, honesty, kindness, and betrayal all make claims. The prose is admirably exacting, tender, wise, and elegant—and the story left this reader’s heart aching.”—David Wroblewski

“A wise, finely observed portrait of the workings of a marriage, as compelling as it is convincing. Life Drawing is intelligent, clear-eyed storytelling, exploring love and jealousy and the mistakes we make in their name.”—M. L. Stedman
Read More 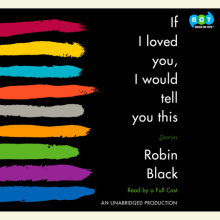