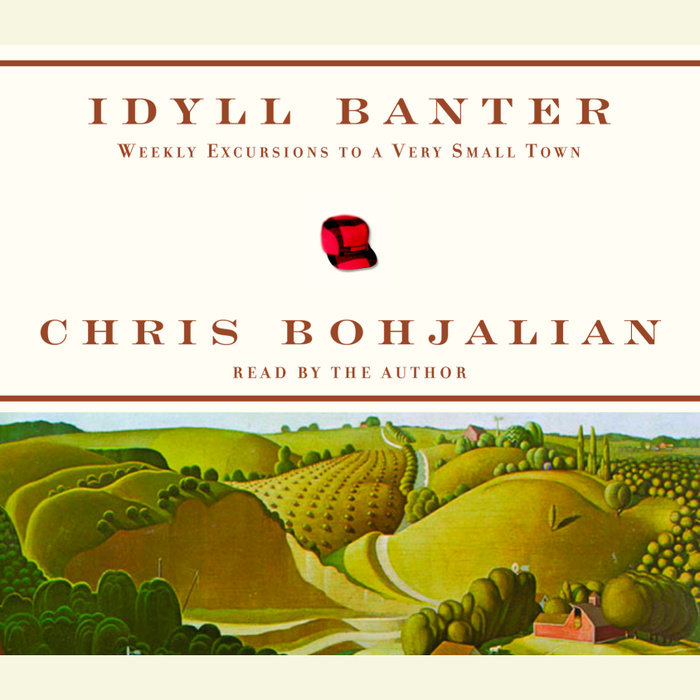 Written by: Chris Bohjalian
Read by: Chris Bohjalian
4 Hours and 33 Minutes Imprint: Random House Audio Genre: Literary Collections - Essays Release Date: December 16, 2003
In March 1986, while living in Brooklyn, Chris Bohjalian and his wife were cab-napped on a Saturday night and taken on a forty-five-minute joy ride in which the driver ignored all traffic lights and stop signs. Around midnight he deposited the young couple on a near-deserted street, where police officers were about to storm a crack house. Bohjalian and his wife were told to hit the ground for their own protection. While lying on the pavement, Bohjalian's wife suggested that perhaps it was time to move to New England.

Months later they traded in their co-op in Brooklyn for a century-old Victorian house in Lincoln, Vermont (population 975), and Bohjalian began chronicling life in that town in a wide variety of magazine essays and in his newspaper column, "Idyll Banter."

These pieces, written weekly for twelve years and collected here for the first time, serve as a diary of both this writer's life and how America has been transformed in the last decade. Rich with idiosyncratic universals that come with being a parent, a child, and a spouse, Chris Bohjalian's personal observations are a reflection of our own common experience.

"Chris Bohjalian is a terrific columnist—thoughtful and thought-provoking. Just like me! No, really, this guy is good." —Dave Barry, author of Boogers Are My Beat


“The best book I’ve ever read about life in a contemporary village. There’s no doubt that Chris Bohjalian has established himself as one of America’s finest, most thoughtful, and most humane writers.”
—Howard Frank Mosher
Read More
“Chris Bohjalian is a terrific columnist—thoughtful and thought-provoking. Just like me! No, really, this guy is good.” —Dave Barry

“[Bohjalian] is writing about one of the most important issues in America today—how do we retain our sense of community. . . . Gentle . . . sensitive . . .heart-warming.” —Ft. Lauderdale Sun-Sentinel

“These essays carry a community connection and a humble grace. When words read this easily, you know they also carry a lot of work. Bohjalian is a reliable guide, moving from pastures to town steeple to the edge of the playground.” —Boston Globe

“Whether you’re aching to escape the urban grind or yearning to have your small-town experience reflected back at you, you’ll do well to pick up Idyll Banter.” —Elle
Read More