Combining explosive suspense with sensual passion, the bestselling author of Carnal Innocence and The Reef turns up the heat in this classic tale, available for the first time in hardcover-the sizzling story of a man and woman on the trail of a demented killer...  and on the verge of surrendering to a dangerous love.

In the last lazy days of summer, the merciless two-week heat wave is the biggest story in Washington, D.C. But the weather is finally knocked off the front pages when a young woman is found strangled to death-a priest's white silk amice pulled taut around her throat. Pinned near the scarf is a note that simply reads her sins are forgiven her.  It is a chilling crime, made even more terrifying when it is followed by a second murder...  and then a third.  Suddenly every headline is devoted to the killer the press has dubbed "the Priest."
The slayings have piqued the interest of Dr. Tess Court, a top-notch psychiatrist dedicated to treating the problems of the human mind.

And when the police make little headway in solving the crimes, Tess is reluctantly thrust into the very heart of the investigation.  Called in to create a detailed psychological profile of the murderer, she comes up with a disturbing and frightening portrait of a twisted soul who believes he is not murdering-but ministering.

Detective Ben Paris doesn't give a damn about the killer's soul or his psyche, and he makes it clear that he thinks calling in a psychiatrist is on a par with ringing up a psychic hot line.

What he can't dismiss so readily is his immediate and irresistible attraction to Tess. Tall, dark, and good-looking, Ben has a reputation with women that is legendary, and with good reason.  But the coolly elegant Tess doesn't react to Ben like any other woman he's ever known-and he finds the challenge enticing.  Now, as the two are thrown together in a perilous quest to stop a serial killer, the flame of white-hot passion flares.  But someone else has his eyes on the beautiful blond doctor...  someone who dreams of saving her and cleansing her soul with his special brand of absolution.  And while Tess is confident she can help him, Ben can only pray that when the madman strikes, he'll be able to stop him before it's too late....
Read More
Nora Roberts is the author of more than 130 novels, including several #1 New York Times bestsellers, with more than 106 million copies of her books in print.  She lives in Maryland.
Read More 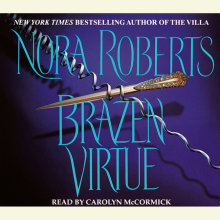 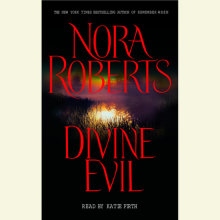 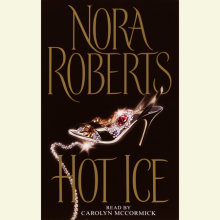