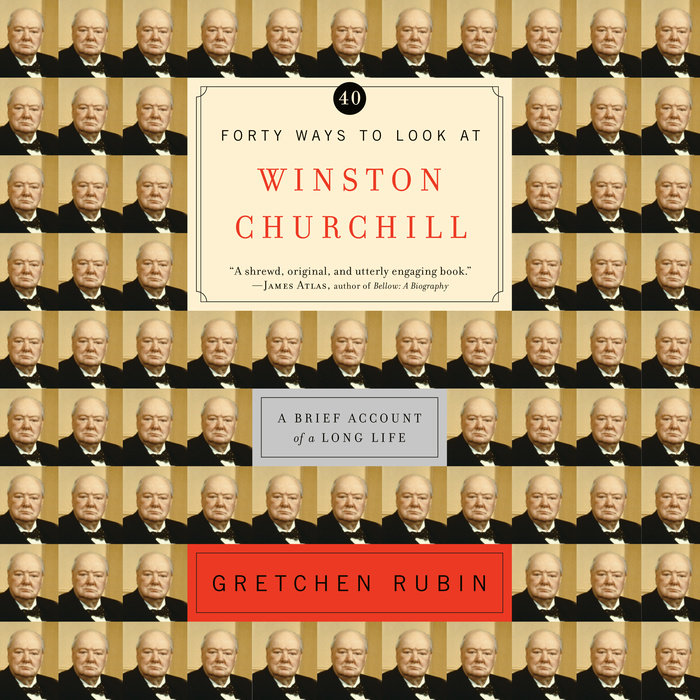 Written by: Gretchen Rubin
Read by: Gretchen Rubin
6 Hours and 22 Minutes Imprint: Random House Audio Genre: Biography & Autobiography - Political Release Date: August 06, 2019
Warrior and writer, genius and crank, rider in the British cavalry’s last great charge and inventor of the tank—Winston Churchill led Britain to fight alone against Nazi Germany in the fateful year of 1940 and set the standard for leading a democracy at war.

Like no other portrait of its famous subject, Forty Ways to Look at Winston Churchill is a dazzling display of facts more improbable than fiction, and an investigation of the contradictions and complexities that haunt biography. Gretchen Craft Rubin gives readers, in a single volume, the kind of rounded view usually gained only by reading dozens of conventional biographies.

With penetrating insight and vivid anecdotes, Rubin makes Churchill accessible and meaningful to twenty-first-century readers with forty contrasting views of the man: he was an alcoholic, he was not; he was an anachronism, he was a visionary; he was a racist, he was a humanitarian; he was the most quotable man in the history of the English language, he was a bore.

In crisp, energetic language, Rubin creates a new form for presenting a great figure of history—and brings to full realization the depiction of a man too fabulous for any novelist to construct, too complicated for even the longest narrative to describe, and too valuable ever to be forgotten.

Includes a bonus PDF with additional resources.
Read More
“A compelling read . . . Gretchen Rubin has produced a shrewd, original, and utterly engaging book, one that achieves the considerable feat of distilling an epic life to its essence while deconstructing the art of biography. Forty Ways to Look at Winston Churchill does for the writing of history what Wallace Stevens’s ‘Thirteen Ways of Looking at a Blackbird’ did for poetry—both does it and shows us how it’s done.”
—JAMES ATLAS, author of Bellow: A Biography

“At last! A book to put all the other books on Churchill into perspective. The Great Man was in danger of becoming hidden by the forest of verbiage in his memory. Gretchen Rubin cuts a clear path to her subject, and along the way takes the reader on a fascinating and hilarious journey.”
—AMANDA FOREMAN, bestselling author of Georgiana: Duchess of Devonshire

“Was there ever a better subject for biography? Heroic, petty, noble, selfish, courageous, devious, grandiloquent, plain-speaking, generous, tyrannical, Churchill was all these and more. Rubin strives to capture the essence of her larger-than-life subject not through a head-on assault, but by circling him and taking snapshots from a multiplicity of angles. Her Forty Ways to Look at Winston Churchill is a feat of intelligent compression, a stereoscopic portrait for the space age, a biography in miniature, and not least, a rattling good read.”
—MICHAEL SCAMMELL, author of Solzhenitsyn: A Biography 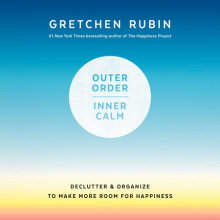 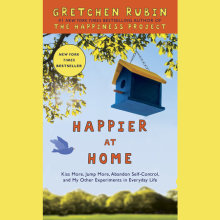 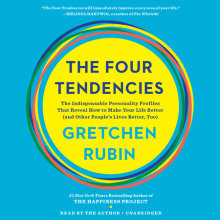 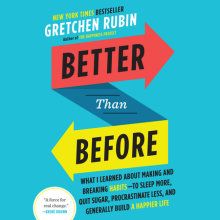