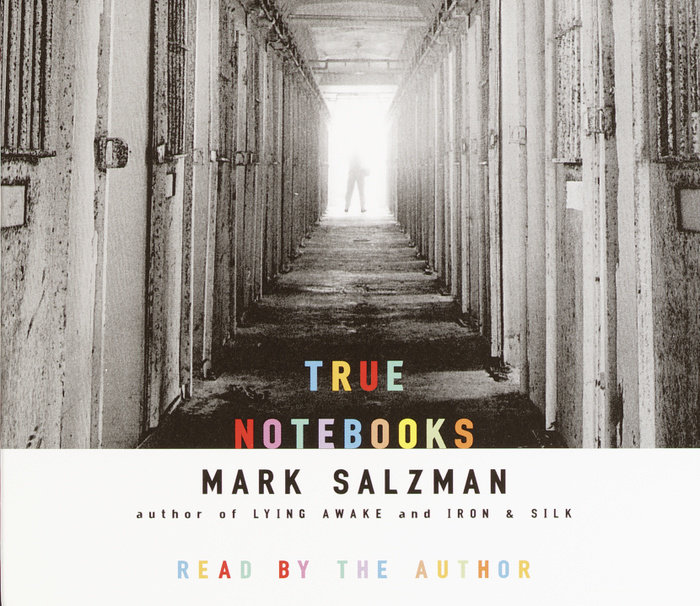 Alex Award
When Mark Salzman is invited to visit a writing class at Central Juvenile Hall, a lockup for Los Angeles’s most violent teenage offenders, he scrambles for a polite reason to decline. He goes—expecting the worst—and is so astonished by what he finds that he becomes a teacher there himself. True Notebooks is an account of Salzman’s first years teaching at Central. Through it, we come to know his students as he did: in their own words.

At times impossible and at times irresistible, they write with devastating clarity about their pasts, their fears, their confusions, their regrets, and their hopes. They write about what led them to crime and to gangs, about love for their mothers and anger toward their (mostly absent) fathers, about guilt for the pain they have caused, and about what it is like to be facing life in prison at the age of seventeen. Most of all, they write about trying to find some reason to believe in themselves—and others—in spite of all that has gone wrong.
Surprising, charming, upsetting, enlightening, and ultimately hopeful—driven by the insight and humor of Salzman’s voice and by the intelligence, candor, and strength of his students, whose writing appears throughout the book—True Notebooks is itself a reward of the self-expression Mark Salzman teaches: a revelatory meditation on the process, power, and meaning of writing.
Read More
“True Notebooks succeeds in adding something fresh, galvanizing and articulate to the overcrowded realm of classroom stories. A candid, involving teacher’s diary . . . Eloquent . . . Cogent, thoughtful and honest.”
–Janet Maslin, The New York Times (September 15, 2003)

“[Salzman’s] account’s power comes from keeping its focus squarely on these boys, their writing and their coming-to-terms with the mess their lives had become.”
–Publishers Weekly, starred review (6/16/03)

“We get to see the kids he’s working with immediately, fairly, and without sentimentality . . .[Mark Salzman] steps aside and lets them speak.”
–Adrian Nicole LeBlanc, author of Random Family: Love, Drugs, Trouble, and Coming of Age in the Bronx

“I devoured this book . . . Insightful and poignant and funny . . . It’s all soft underbelly in these pages, human beings at their best against great odds, searching for redemption.”
–Sister Helen Prejean, CSJ, author of Dead Man Walking

“Strikingly candid . . . An unforgettable gallery of individuals whose efforts to articulate their condition and its causes are darkly illuminating–and heartbreaking.”
–Norman Rush, author of Mating and Mortals
Read More