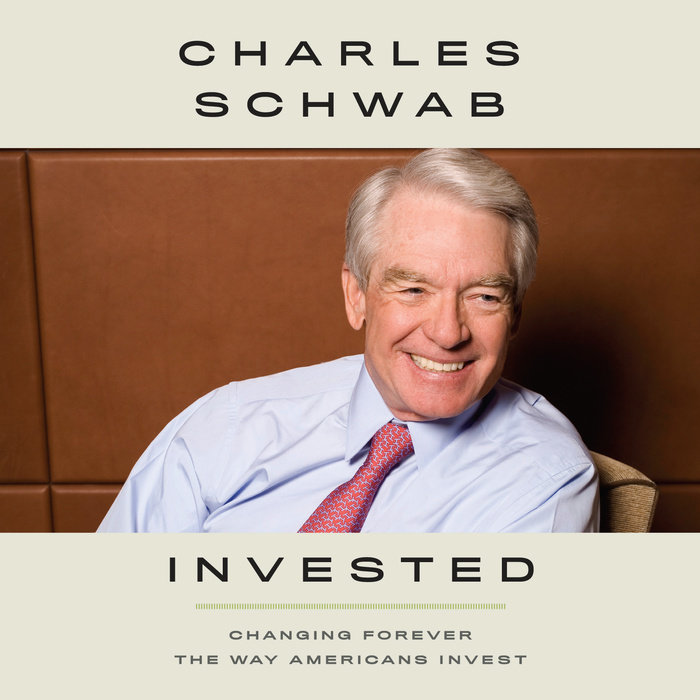 The founder of The Charles Schwab Corporation recounts his ups and downs as he made stock investing, once the expensive and clubby reserve of the few, accessible to ordinary Americans.

In this deeply personal memoir, Schwab describes his passion to have Main Street participate in the growing economy as investors and owners, not only earners. Schwab opens up about his dyslexia and how he worked around and ultimately embraced it, and about the challenges he faced while starting his fledgling company in the 1970s. A year into his grand experiment in discounted stock trading, living in a small apartment in Sausalito with his wife, Helen, and new baby, he carried a six-figure debt and a pocketful of personal loans. As it turned out, customers flocked to Schwab, leaving his small team scrambling with scarce resources and no road map to manage the company’s growth.

He recounts the company’s game-changing sale to Bank of America—and how, in the end, the merger almost doomed his organization. We learn about the clever and timely leveraged buyout he crafted to regain independence; the crushing stock market collapse of 1987, just weeks after the company had gone public; the dot-com meltdown of 2000 and its reverberating aftermath of economic stagnation, layoffs, and the company’s eventual reinvention; and how the company’s focus on managing risk protected it and its clients during the financial crisis in 2008, propelling its growth.

A remarkable story of a company succeeding by challenging norms and conventions through decades of change, Invested also offers unique insights and lifelong principles for readers—the values that Schwab has lived and worked by that have made him one of the most successful entrepreneurs of our time. Today, his eponymous company is one of the leading financial services firms in the world.

“This is a fascinating story that teaches you about the never-ending evolution of an entrepreneurial company, but even more about personal learning from that experience. So read, learn how to learn from experience, and enjoy.”—George P. Shultz, former secretary of Labor, Treasury, and State
Read More
“Chuck Schwab provides an engaging look into the investing world, balanced between his penchant for risk-taking with his grace and humility. He crafts a creative and highly rewarding story of not just Charles Schwab, the company, but Charles Schwab, the person. There are life lessons in this book for everyone, from Wall Street to Main Street.”—Condoleezza Rice, former U.S. Secretary of State and Denning Professor in Global Business and the Economy at the Stanford Graduate School of Business

“By turns practical and personally insightful, Charles Schwab’s indefatigable spirit, sound judgement, and entrepreneurial experience shine through in Invested. Throughout his childhood and career, Chuck overcame challenges and set a standard of leadership and innovation throughout decades of change in our U.S. economic system.”—Jamie Dimon, chairman and CEO, JPMorgan Chase

“Like myself, Chuck is a dyslexic. He learned early on that he had his limits and therefore—unlike most nondyslexics—discovered the power of delegation. He discovered that business is all about people who share your vision and values but bring their own passion and strengths to the tasks. He realized early on that the world is full of people more capable than himself in ‘a thousand different ways.’ Most leaders and entrepreneurs never learn that simple lesson. It was his dyslexia that helped him create one of the most successful companies in the US. Invested is a must-read for anyone interested in working in a business or becoming an entrepreneur. An extraordinary life and book.”—Sir Richard Branson, founder of the Virgin Group

“Charles Schwab is a giant who transformed finance and investing for millions of Americans. His memoir is a textbook case on entrepreneurship and principled leadership.”—Hank Paulson, 74th Secretary of the Treasury

“Through Chuck’s unique perspective, Invested details Schwab’s history as they persevered through adversity while providing wisdom and encouragement along the way. I have admired and respected Chuck for many years. We share a passion for golf and how its challenges parallel those encountered in business.”—Phil Mickelson

“Chuck tells a story that very few can tell. It is a story of creativity, passion, and bravery trumping the odds. Chuck not only created the discount brokerage industry but grew a company in the face of market cycles and a rapidly changing and consolidating landscape. Chuck led the way in democratizing the market for the individual investor. I am proud to have been a partner with Chuck in the early days. I am especially proud to have him as a friend for the past fifty years.”—George R. Roberts, co-chairman and co-CEO, Kohlberg Kravis Roberts

“We learn best from the stories of others, and you’ll be hard pressed to find one so interesting, inspiring, and educational as this one! An enriching read from a great and principled man.”—Steve Forbes, chairman and editor inchief, Forbes

“Sharing his personal story of meeting and overcoming personal and business challenges that enabled the innovations enhancing the financial well-being of millions, Chuck Schwab’s Invested is full of invaluable insights into, and wise counsel about, building a successful business and successful personal investing. A readily accessible ‘real must-read’ for anyone interested in business and finance.”—Michael J. Boskin, professor of economics, Stanford University; former chair, President’s Council of Economic Advisers

“Invested is a wonderful account of a textbook disruptor. By focusing on affordability and accessibility, what Chuck built in Charles Schwab has been a real blessing to mankind.” —Clayton Christensen, Kim B. Clark Professor of Business Administration at the Harvard Business School; author of The Innovator’s Dilemma

“For years Chuck Schwab was one of my fiercest competitors; now I consider him a friend. His book about building Charles Schwab into a revolutionary investment powerhouse is a must-read for anyone interested in what an audacious, high-integrity entrepreneur is capable of doing if he dreams big.”—Joe Ricketts, founder, former CEO, and former chairman, TD Ameritrade

“The fact that anyone in America can be an investor both enhances prosperity and reinforces the public’s buy-in to the concept of economic freedom. Few have done more to expand access to this form of direct participation in capitalism and free enterprise than my friend Chuck Schwab, and the story of how he did it belongs on the bookshelf of anyone interested in the evolution of investing over the past four decades.”—Paul Singer, founder of the Elliott Management Corporation

“From the beginning, one of Chuck’s great insights was that he could only create the business of his dreams by leaning heavily on emerging technologies. He bet big on data and never looked back. It changed investing forever.”—Thomas M. Siebel, CEO, C3.ai
Read More 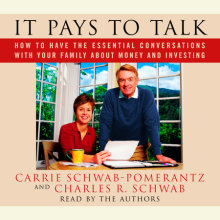 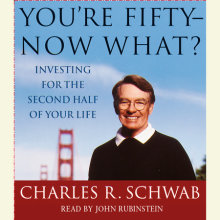