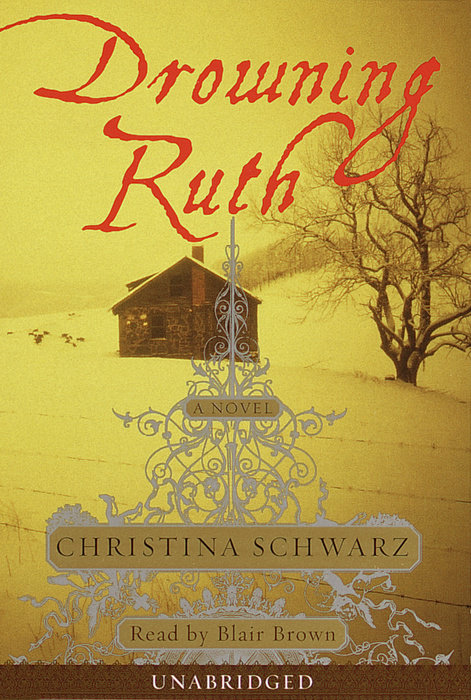 Deftly written and emotionally powerful, Drowning Ruth is a stunning portrait of the ties that bind sisters together and the forces that tear them apart, of the dangers of keeping secrets and the explosive repercussions when they are exposed. A mesmerizing and achingly beautiful debut.

Winter, 1919. Amanda Starkey spends her days nursing soldiers wounded in the Great War. Finding herself suddenly overwhelmed, she flees Milwaukee and retreats to her family's farm on Nagawaukee Lake, seeking comfort with her younger sister, Mathilda, and three-year-old niece, Ruth. But very soon, Amanda comes to see that her old home is no refuge--she has carried her troubles with her. On one terrible night almost a year later, Amanda loses nearly everything that is dearest to her when her sister mysteriously disappears and is later found drowned beneath the ice that covers the lake. When Mathilda's husband comes home from the war, wounded and troubled himself, he finds that Amanda has taken charge of Ruth and the farm, assuming her responsibility with a frightening intensity. Wry and guarded, Amanda tells the story of her family in careful doses, as anxious to hide from herself as from us the secrets of her own past and of that night.

Ruth, haunted by her own memory of that fateful night, grows up under the watchful eye of her prickly and possessive aunt and gradually becomes aware of the odd events of her childhood. As she tells her own story with increasing clarity, she reveals the mounting toll that her aunt's secrets exact from her family and everyone around her, until the heartrending truth is uncovered.
Guiding us through the lives of the Starkey women, Christina Schwarz's first novel shows her compassion and a unique understanding of the American landscape and the people who live on it.
Read More
"A strong sense of portent and unusually vivid characters distinguish this mesmerizing first novel about horrifying family secrets and nearly annihilating guilt. Drowning Ruth is a complex and rewarding debut."
--Anita Shreve, author of Fortune's Rocks and The Pilot's Wife
Read More