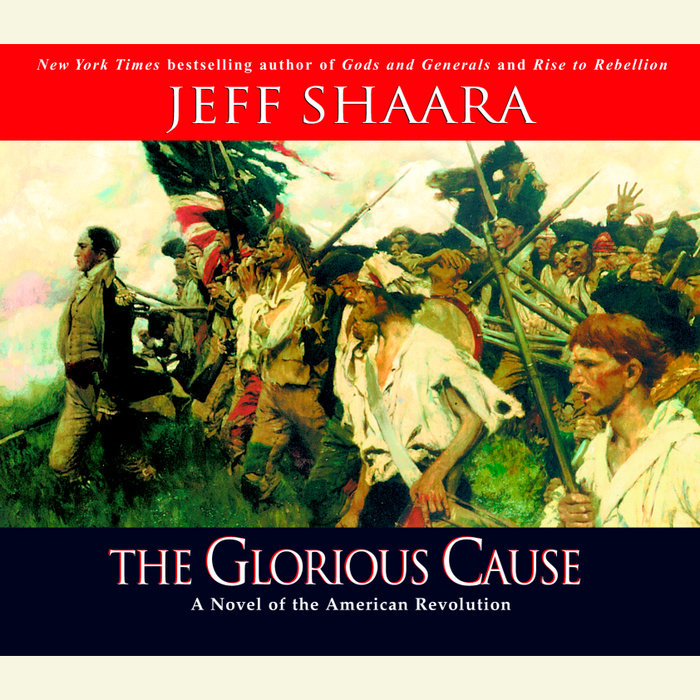 In Rise to Rebellion, bestselling author Jeff Shaara captured the origins of the American Revolution as brilliantly as he depicted the Civil War in Gods and Generals and The Last Full Measure. Now he continues the amazing saga of how thirteen colonies became a nation, taking the conflict from kingdom and courtroom to the bold and bloody battlefields of war.

It was never a war in which the outcome was obvious. Despite their spirit and stamina, the colonists were outmanned and outfought by the brazen British army. General George Washington found his troops trounced in the battles of Brooklyn and Manhattan and retreated toward Pennsylvania. With the future of the colonies at its lowest ebb, Washington made his most fateful decision: to cross the Delaware River and attack the enemy. The stunning victory at Trenton began a saga of victory and defeat that concluded with the British surrender at Yorktown, a moment that changed the history of the world.

The despair and triumph of America’s first great army is conveyed in scenes as powerful as any Shaara has written, a story told from the points of view of some of the most memorable characters in American history. There is George Washington, the charismatic leader who held his army together to achieve an unlikely victory; Charles Cornwallis, the no-nonsense British general, more than a match for his colonial counterpart; Nathaniel Greene, who rose from obscurity to become the finest battlefield commander in Washington’s army; The Marquis de Lafayette, the young Frenchman who brought a soldier’s passion to America; and Benjamin Franklin, a brilliant man of science and philosophy who became the finest statesman of his day.

From Nathan Hale to Benedict Arnold, William Howe to “Light Horse” Harry Lee, from Trenton and Valley Forge, Brandywine and Yorktown, the American Revolution’s most immortal characters and poignant moments are brought to life in remarkable Shaara style. Yet, The Glorious Cause is more than just a story of the legendary six-year struggle. It is a tribute to an amazing people who turned ideas into action and fought to declare themselves free. Above all, it is a riveting novel that both expands and surpasses its beloved author’s best work.
Read More
“Dazzling . . . All the drama of a revolution is brought to light in Rise to Rebellion. . . . A stellar endeavor, it’s an unforgettable saga about special men and women who helped forge the destiny of a nation.”
–Rocky Mountain News

“This may be [Shaara’s] best book yet. . . . A highly readable tale, history disguised as entertainment.”
–Seattle Times/Post Intelligencer