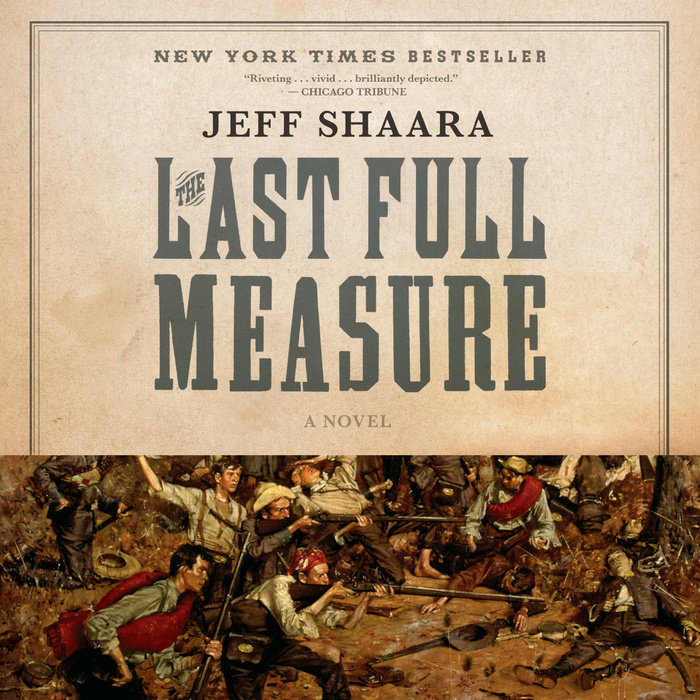 In the Pulitzer prize-winning classic The Killer Angels, Michael Shaara created the finest Civil War novel of our time, an enduring bestseller that has sold more than two million copies. In the bestselling Gods and Generals, Shaara's son, Jeff, brilliantly sustained his father's vision, telling the epic story of the events culminating in the Battle of Gettysburg. Now, Jeff Shaara brings this legendary father-son trilogy to its stunning conclusion in a novel that brings to life the final two years of the Civil War.

As The Last Full Measure opens, Gettysburg is past and the war advances to its third brutal year. On the Union side, the gulf between the politicians in Washington and the generals in the field yawns ever wider. Never has the cumbersome Union Army so desperately needed a decisive, hard-nosed leader. It is at this critical moment that Lincoln places Ulysses S. Grant in command--and turns the tide of war.

For Robert E. Lee, Gettysburg was an unspeakable disaster--compounded by the shattering loss of the fiery Stonewall Jackson two months before. Lee knows better than anyone that the South cannot survive a war of attrition. But with the total devotion of his generals--Longstreet, Hill, Stuart--and his unswerving faith in God, Lee is determined to fight to the bitter end.

Here too is Joshua Chamberlain, the college professor who emerged as the Union hero of Gettysburg--and who will rise to become one of the greatest figures of the Civil War.

Battle by staggering battle, Shaara dramatizes the escalating confrontation between Lee and Grant--complicated, heroic, deeply troubled men. From the costly Battle of the Wilderness to the agonizing siege of Petersburg to Lee's epoch-making surrender at Appomattox, Shaara portrays the riveting conclusion of the Civil War through the minds and hearts of the individuals who gave their last full measure.

Full of human passion and the spellbinding truth of history, The Last Full Measure is the fitting capstone to a magnificent literary trilogy.
Read More
"Riveting . . . Vivid . . . Brilliantly depicted. . . . THE LAST FULL MEASURE IS MORE THAN ANOTHER HISTORICAL NOVEL. It is rooted in history, but its strength is the element of humanity flowing through its characters. . . . The book is compelling, easy to read, well researched and written, and thought-provoking. . . . In short, it is everything that a reader could ask for."
--Chicago Tribune

"A WORTHY COMPANION TO ITS TWO PREDECESSORS . . . These characters come alive as complex, heroic, and flawed men. . . . You are with [Robert E.] Lee, a deeply religious man, as he first begins to wonder if the Confederate cause will prevail. . . . You ride with [Ulysses S.] Grant to see the mounds of Union dead at Cold Harbor, and you share his sickening realization that thousands are dead because of his miscalculation. . . . You are at [Joshua] Chamberlain's bedside as he fights to recover from nearly mortal wounds. . . . Each book is masterful in its own way and taken together, they are unmatched in the body of Civil War literature."
--The Baltimore Sun

"AN AMBITIOUS WORK . . . [Shaara] writes with considerable sensitivity and skill, setting vivid scenes and adding drama and suspense to a familiar tale."
--The Seattle Times

"Exhaustively researched, infused with a profound understanding of the great issues of a nation and the small quirks of the human heart and ego, The Last Full Measure is fiction that brings history brilliantly to life."
--Newsday
Read More 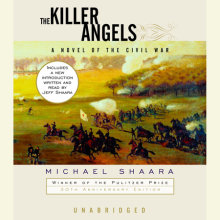