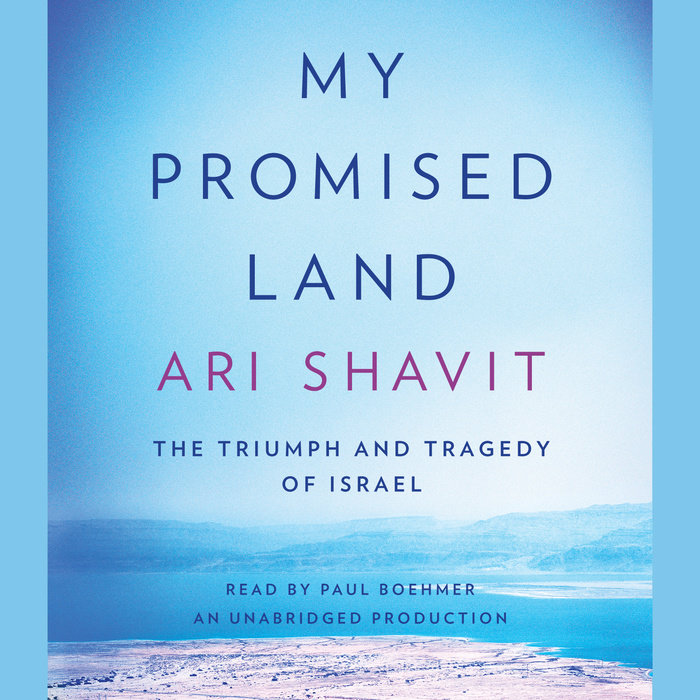 An authoritative and deeply personal narrative history of the State of Israel, by one of the most influential journalists writing about the Middle East today

Not since Thomas L. Friedman’s groundbreaking From Beirut to Jerusalem has a book captured the essence and the beating heart of the Middle East as keenly and dynamically as My Promised Land. Facing unprecedented internal and external pressures, Israel today is at a moment of existential crisis. Ari Shavit draws on interviews, historical documents, private diaries, and letters, as well as his own family’s story, illuminating the pivotal moments of the Zionist century to tell a riveting narrative that is larger than the sum of its parts: both personal and national, both deeply human and of profound historical dimension.

We meet Shavit’s great-grandfather, a British Zionist who in 1897 visited the Holy Land on a Thomas Cook tour and understood that it was the way of the future for his people; the idealist young farmer who bought land from his Arab neighbor in the 1920s to grow the Jaffa oranges that would create Palestine’s booming economy; the visionary youth group leader who, in the 1940s, transformed Masada from the neglected ruins of an extremist sect into a powerful symbol for Zionism; the Palestinian who as a young man in 1948 was driven with his family from his home during the expulsion from Lydda; the immigrant orphans of Europe’s Holocaust, who took on menial work and focused on raising their children to become the leaders of the new state; the pragmatic engineer who was instrumental in developing Israel’s nuclear program in the 1960s, in the only interview he ever gave; the zealous religious Zionists who started the settler movement in the 1970s; the dot-com entrepreneurs and young men and women behind Tel-Aviv’s booming club scene; and today’s architects of Israel’s foreign policy with Iran, whose nuclear threat looms ominously over the tiny country.

As it examines the complexities and contradictions of the Israeli condition, My Promised Land asks difficult but important questions: Why did Israel come to be? How did it come to be? Can Israel survive? Culminating with an analysis of the issues and threats that Israel is currently facing, My Promised Land uses the defining events of the past to shed new light on the present. The result is a landmark portrait of a small, vibrant country living on the edge, whose identity and presence play a crucial role in today’s global political landscape.

Praise for My Promised Land

“This book will sweep you up in its narrative force and not let go of you until it is done. [Shavit’s] accomplishment is so unlikely, so total . . . that it makes you believe anything is possible, even, God help us, peace in the Middle East.”—Simon Schama, Financial Times

“Important and powerful . . . the least tendentious book about Israel I have ever read.”—Leon Wieseltier, The New York Times Book Review

“One of the most nuanced and challenging books written on Israel in years.”—The Wall Street Journal
Read More
“This book will sweep you up in its narrative force and not let go of you until it is done. [Shavit’s] accomplishment is so unlikely, so total . . . that it makes you believe anything is possible, even, God help us, peace in the Middle East.”—Simon Schama, Financial Times

“[A] must-read book . . . Shavit celebrates the Zionist man-made miracle—from its start-ups to its gay bars—while remaining affectionate, critical, realistic and morally anchored. . . . His book is a real contribution to changing the conversation about Israel and building a healthier relationship with it. Before their next ninety-minute phone call, both Barack and Bibi should read it.”—Thomas L. Friedman, The New York Times

“[An] important and powerful book . . . [Shavit] has an undoctrinaire mind. He comes not to praise or to blame, though along the way he does both, with erudition and with eloquence; he comes instead to observe and to reflect. This is the least tendentious book about Israel I have ever read. It is a Zionist book unblinkered by Zionism. It is about the entirety of the Israeli experience. Shavit is immersed in all of the history of his country.  While some of it offends him, none of it is alien to him. . . . The author of My Promised Land is a dreamer with an addiction to reality. He holds out for affirmation without illusion. Shavit’s book is an extended test of his own capacity to maintain his principles in full view of the brutality that surrounds them.”—Leon Wieseltier, The New York Times Book Review

“Spellbinding . . . In this divided, fought-over shard of land splintered from the Middle East barely seventy years ago, Mr. Shavit’s prophetic voice carries lessons that all sides need to hear.”—The Economist

“One of the most nuanced and challenging books written on Israel in years . . . [The] book’s real power: On an issue so prone to polemic, Mr. Shavit offers candor.”—The Wall Street Journal

“Reads like a love story and a thriller at once.”—Dwight Garner, The New York Times

“[A] searingly honest, descriptively lush, painful and riveting story of the creation of Zionism in Israel and [Shavit’s] own personal voyage.”—The Washington Post

“Shavit is a master storyteller. [His] retelling of history jars us out of our familiar retrospections, reminds us (and we do need reminders) that there are historical reasons why Israel is a country on the edge. . . . Required reading for both the left and the right.”—The Jewish Week

“The most extraordinary book that I’ve read on [Israel] since Amos Elon’s book called The Israelis, and that was published in the late sixties.”—David Remnick, on Charlie Rose

“My Promised Land is an Israeli book like no other. Not since Amos Elon’s The Israelis, Amos Oz’s In the Land of Israel, and Thomas Friedman’s From Beirut to Jerusalem has there been such a powerful and comprehensive book written about the Jewish State and the Israeli-Palestinian conflict. Ari Shavit is one of Israel’s leading columnists and writers, and the story he tells describes with great empathy the Palestinian tragedy and the century-long struggle between Jews and Arabs over the Holy Land. While Shavit is being brutally honest regarding the Zionist enterprise, he is also insightful, sensitive, and attentive to the dramatic life-stories of his fascinating heroes and heroines. The result is a unique nonfiction book that has the qualities of fine literature. It brings to life epic history without being a conventional history book. It deepens contemporary political understanding without being a one-sided political polemic. It is painful and provocative, yet colorful, emotional, life-loving, and inspiring. My Promised Land is the ultimate personal odyssey of a humanist exploring the startling biography of his tormented homeland, which is at the very center of global interest.”—Ehud Barak, former Prime Minister and Defense Minister of Israel

“With deeply engaging personal narratives and morally nuanced portraits, Ari Shavit takes us way beneath the headlines to the very heart of Israel’s dilemmas in his brilliant new work. His expertise as a reporter comes through in the interviews, while his lyricism brings the writing—and the people—to life. Shavit also challenges Israelis and Diaspora Jewry to be bold in imagining the next chapter for Israel, a challenge that will no doubt be informed by this important book.”—Rick Jacobs, president, Union for Reform Judaism

“This is the epic history that Israel deserves—beautifully written, dramatically rendered, full of moral complexity. Ari Shavit has made a storied career of explaining Israel to Israelis; now he shares his mind-blowing, trustworthy insights with the rest of us. It is the best book on the subject to arrive in many years.”—Franklin Foer, editor, The New Republic

“A beautiful, mesmerizing, morally serious, and vexing book. I’ve been waiting most of my adult life for an Israeli to plumb the deepest mysteries of his country’s existence and share his discoveries, and Ari Shavit does so brilliantly, writing simultaneously like a poet and a prophet. My Promised Land is a remarkable achievement.”—Jeffrey Goldberg, national correspondent, The Atlantic

“Ari Shavit’s My Promised Land is without question one of the most important books about Israel and Zionism that I have ever read. Both movingly inspiring and at times heartbreakingly painful, My Promised Land tells the story of the Jewish state as it has never been told before, capturing both the triumph and the torment of Israel’s experience and soul. This is the book that has the capacity to reinvent and reshape the long-overdue conversation about how Israel’s complex past ought to shape its still-uncertain future.”—Daniel Gordis, author of Saving Israel and Koret Distinguished Fellow at Shalem College, Jerusalem

“This book is vital reading for Americans who care about the future, not only of the United States but of the world.”—Jon Meacham, author of Thomas Jefferson: The Art of Power
Read More 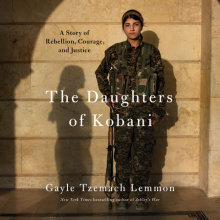