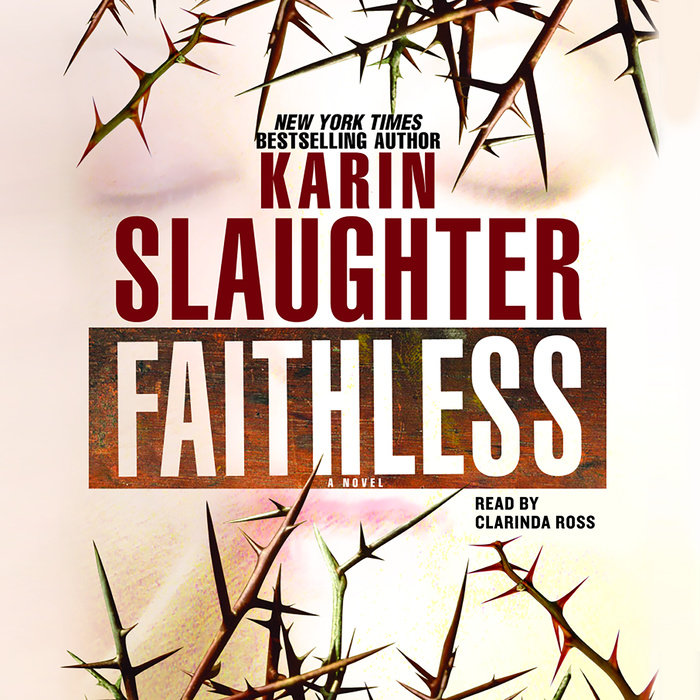 The victim was buried alive in the Georgia woods–then killed in a horrifying fashion. When Sara Linton and Jeffrey Tolliver stumble upon the body, both become consumed with finding out who killed the pretty young woman. For them, a harrowing journey begins, one that will test their own turbulent relationship and draw dozens of life into the case.

For as Jeffrey and Sara move further down a trail of shocking surprises and hidden passions, neither is prepared for the most stunning discovery of all: the identity of a killer who is more evil and dangerous than anyone could have guessed.
Read More
"Georgia medical examiner Sara Linton returns in Slaughter's Grant County crime thriller series, and this time she's hot on the trail of a demented killer who buries teenage girls alive.... Slaughter's fifth Grant County case offers tough love, suspenseful spadework and life-affirming vigor."—Publishers Weekly

"Faithless, Karin Slaughter's fifth novel, confirms her at the summit of the school of writers specialising in forensic medicine and terror, a field which includes Patricia Cornwell and Kathy Reichs.... Slaughter’s characters talk in believable dialogue, She’s excellent at portraying the undertones and claustrophobia of communities where everyone knows everyone else’s business, and even better at creating an atmosphere of lurking evil."—The Times (London)

"[Karin Slaughter is] one of the best crime novelists in America.... Her novels smolder with reality."—Washington Post

"The pleasure of Slaughter's Grant County series—this is the fifth installment—rests in how the characters deal simultaneously with their messy personal lives and some fairly horrific crimes."—San Francisco Chronicle

“Slaughter has jumped to the front of the line of first-rate thriller writers.”—Rocky Mountain News

“Impossible to put down.” –Orlando Sentinel