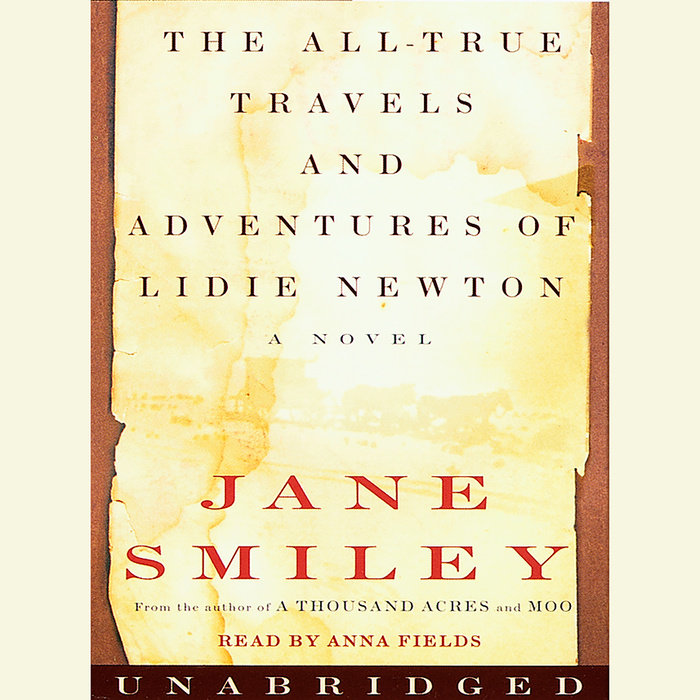 Six years after her Pulitzer Prize-winning best-seller, A Thousand Acres, and three years after her witty, acclaimed, and best-selling novel of academe, Moo, Jane Smiley once again demonstrates her extraordinary range and brilliance.

Her new novel, set in the 1850s, speaks to us in a splendidly quirky voice--the strong, wry, no-nonsense voice of Lidie Harkness of Quincy, Illinois, a young woman of courage, good sense, and good heart. It carries us into an America so violently torn apart by the question of slavery that it makes our current political battlegrounds seem a peaceable kingdom.

Lidie is hard to scare. She is almost shockingly alive--a tall, plain girl who rides and shoots and speaks her mind, and whose straightforward ways paradoxically amount to a kind of glamour. We see her at twenty, making a good marriage--to Thomas Newton, a steady, sweet-tempered Yankee who passes through her hometown on a dangerous mission. He belongs to a group of rashly brave New England abolitionists who dedicate themselves to settling the Kansas Territory with like-minded folk to ensure its entering the Union as a Free State.

Lidie packs up and goes with him. And the novel races alongside them into the Territory, into the maelstrom of "Bloody Kansas," where slaveholding Missourians constantly and viciously clash with Free Staters, where wandering youths kill you as soon as look at you--where Lidie becomes even more fervently abolitionist than her husband as the young couple again and again barely escape entrapment in webs of atrocity on both sides of the great question.

And when, suddenly, cold-blooded murder invades her own intimate circle, Lidie doesn't falter. She cuts off her hair, disguises herself as a boy, and rides into Missouri in search of the killers--a woman in a fiercely male world, an abolitionist spy in slave territory. On the run, her life threatened, her wits sharpened, she takes on yet another identity--and, in the very midst of her masquerade, discovers herself.

Lidie grows increasingly important to us as we follow her travels and adventures on the feverish eve of the War Between the States. With its crackling portrayal of a totally individual and wonderfully articulate woman, its storytelling drive, and its powerful recapturing of an almost forgotten part of the American story, this is Jane Smiley at her enthralling and enriching best.
Read More
“Consistently entertaining, filled with action and ideas.”—The New York Times Book Review

“Engaging . . . [a] harrowing adventure . . . This picaresque tale presents a series of remarkable characters, particularly in the inexperienced narrator, whose graphic descriptions of travel and domestic life before the Civil War strip away romantic notions of simpler times. . . . Smiley has created an authentic voice in this struggle of a young woman to live simply amid a swirl of deadly antagonism.”—The Christian Science Monitor

“A fine historical novel that describes a fascinating time and place . . . It is both funny and subtle, rich in ideas . . . Smiley has created a better all-around piece of fiction than any of her previous work.”—The Wall Street Journal

“Smiley is a writer of rare versatility who travels widely in her creative endeavors. . . . What her new novel shares with all [her past] works is its authorial intelligence.”—The Boston Sunday Globe

“Jane Smiley is nothing if not protean, a literary ventriloquist of incredible range. . . . This is a novel that manages to combine the evocative storyteller’s voice with the moviemaker’s sense of drama and visuals, an old-fashioned tale told with contemporary steam and panache.”—The Philadelphia Inquirer

“Not only is this a rollicking feminist tale of a woman who can handle herself in the thick of the Kansas Wars, The All-True Travels and Adventures of Lidie Newton is also a coming of age story as well as a lasting portrait of the genuinely tumultuous time just before the Civil War.”—The Raleigh News & Observer

“A tale of love and war, revenge and betrayal, Smiley's fictional memoir invites comparisons with Gone with the Wind, even War and Peace. . . . Lidie Newton has the ring of honesty and truth. It also carries the stamp of its author’s historical sense, stylistic verve, and moral passion.”—St. Louis Post-Dispatch

“Lidie is an unforgettable character . . . The All-True Travels is a showcase for Smiley's range and dexterity, dead-on in its emotional impact and resonant in the painful truths it conveys.”—San Diego Union-Tribune

“Rendered in sharply lucid prose and filled with wonderful period detail . . . Lidie’s story reads like a long and various dream, brightly colored and brilliantly observed—a journey into a world as troubled, ambiguous, and full of life as our own.”—Chicago Tribune

“Rousing . . . action-packed . . . A gripping story about love, fortitude, and convictions that are worth fighting for regardless of the outcome. . . . The voice Smiley creates for her sympathetic and wonderfully human heroine is sharp, engaging, wry, and wise.”—Los Angeles Times

“Like Cold Mountain and Beloved—and with more than a casual nod to Mark Twain—this sprawling saga by the Pulitzer-winning author of A Thousand Acres connects readers to the historical issues of the time.”—Glamour
Read More 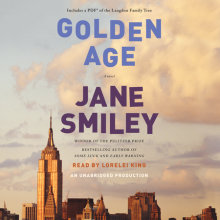 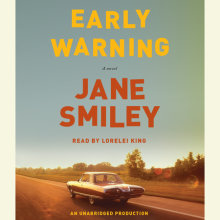 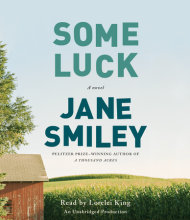 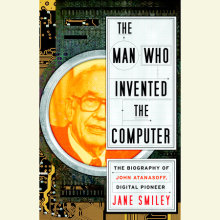