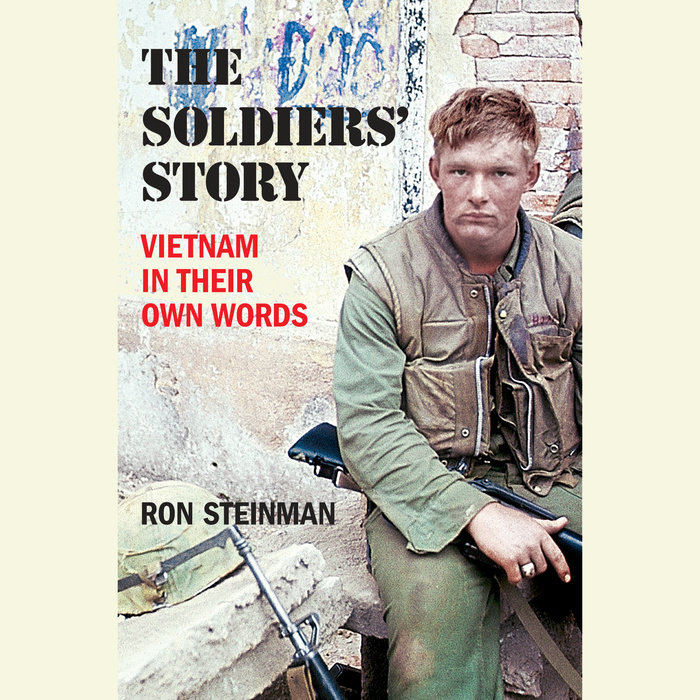 Written by: Ron Steinman
Read by: Edward Holland
13 Hours and 38 Minutes Imprint: Random House Audio Genre: History - Wars & Conflicts - Vietnam War Release Date: December 27, 2016
Most history-minded Americans have discussed the Vietnam War, becoming familiar, at the very least, with the names of such pivotal events as the Siege of Khe Sanh, the Tet Offensive, and the Fall of Saigon. But to grasp the full impact of this agonizing conflict, the human costs of an infernal war that raged for ten years and took more than 58,000 American lives, one must hear about it from the soldiers, sailors, and airmen who experienced the fighting and endured.

In The Soldiers' Story, veteran journalist Ron Steinman gathers the candid reminiscences of seventy-six men who survived combat in Vietnam. Not a military analysis or political study, this oral history vividly conveys the hardships, friendships, fears, and personal triumphs of Marine, Army, Air Force, and Navy veterans-each of whom shares memories that have lingered to this day. It is a valuable frontline record of battle-torn Vietnam from the perspective of those who lived it first-hand, giving us a window into the horror, intensity, and raw courage that the war engendered.

"Ranks among the most vivid accounts of the war." -Stanley Karnow

"Their stories are as dangerous as the battles they fought-stunning, plain-spoken recollections that reveal the terror of combat and theperils of a far-off war and the folly of government policy." - New York Newsday

"A powerful book that brings to life the triumphs and tragedies experienced by American soldiers in Vietnam. This excellent compilation belongs on every Vietnam bookshelf." -Publishers Weekly
Read More