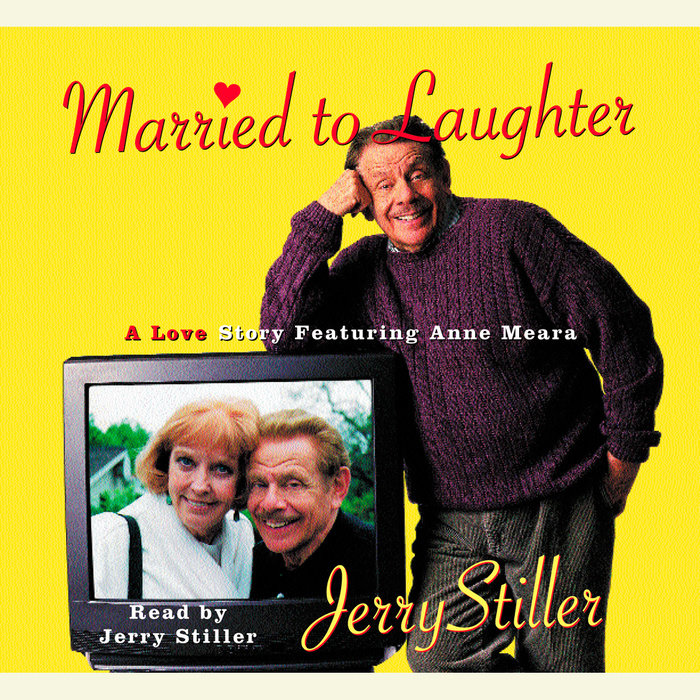 Written by: Jerry Stiller
Read by: Jerry Stiller
5 Hours and 43 Minutes Imprint: Random House Audio Genre: Biography & Autobiography - Entertainment & Performing Arts Release Date: August 08, 2000
Jerry Stiller and Anne Meara began performing together in coffehouses in Greenwich Village in the 1960's, and then as frequent guests on The Ed Sullivan Show. They based their standup characters on exaggerated vrsions of themselves, especially in the irrepressible commercials for Blue Nun wine. Offstage they raised two children, Amy and Ben.

After years of memorable work on stage and in radio, television, and films, Jerry Stiller found himself wondering what had happened to his once-flourishing career. Then a call came from Seinfeld, a television show he'd never watched. On Seinfeld he created the unforgettable character of Frank Costanza, which won him an Emmy nomination and an American Comedy Award. Meanwhile, Anne Meara became an acclaimed Off-Broadway playwright.

Married to Laughter is a love story about two showbiz-minded people who fell in love, discovered that they fell in love, discovered that they were their own greatest roles, enjoyed thriving careers that diverged and converged many times, and who take complete satisfaction form their individual accomplishments while maintaining a dedicated marriage. With a wealth of anecdotes about other famous actors and comedians, this is a funny and tender narrative, told as only Jerry Stiller could.
Read More