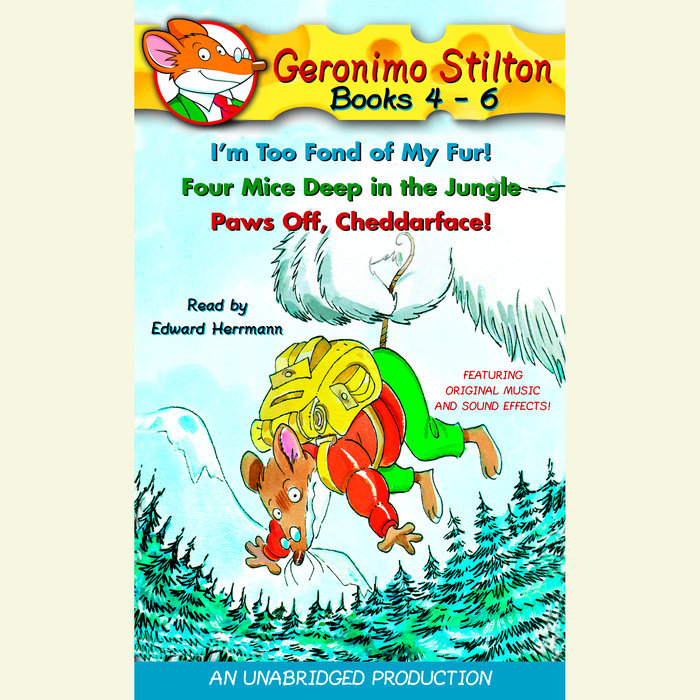 Written by: Geronimo Stilton
Read by: Edward Herrmann
3 Hours and 24 Minutes Imprint: Listening Library Ages 7-10 years Release Date: February 08, 2005
Book #4 I'M TOO FOND OF MY FUR!
When my old friend Professor von Volt called to ask for help, I agreed immediately--even though it meant trekking halfway around the world to Mouse Everest! The trip was long and dangerous. I almost froze my tail off along the way. And then I was kidnapped by a yeti! Yes, it was truly an amazing adventure . . .

Book #5 FOUR MICE DEEP IN THE JUNGLE
I have never been a brave mouse . . . but lately, my fears were taking over my life! So Thea and Trap decided to cure me. They dragged me away on an airplane (I'm afraid of flying!) all the way to the jungle. There I was forced to eat bug soup, climb trees as tall as skyscrapers, swim in raging rivers, and even wrangle snakes. How would a 'fraidy mouse like me every survive?

Book #6 PAWS OFF, CHEDDARFACE!
Holey cheese, it was strange! Rodents kept telling me I'd done things I had not memory of. Was I going crazy? Had the cheese finally slipped off my cracker? No, I soon discovered the truth: There was a Geronimo look-a-like going around, pretending to be me! Worst of all, he was trying to take of The Rodent's Gazette! I had to get that greedy impostor's paws off my newspaper, but how?
Read More 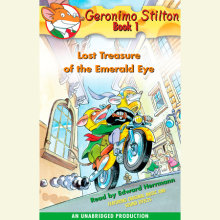 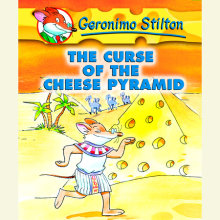 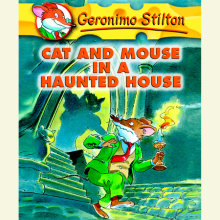 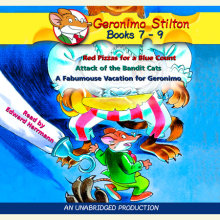