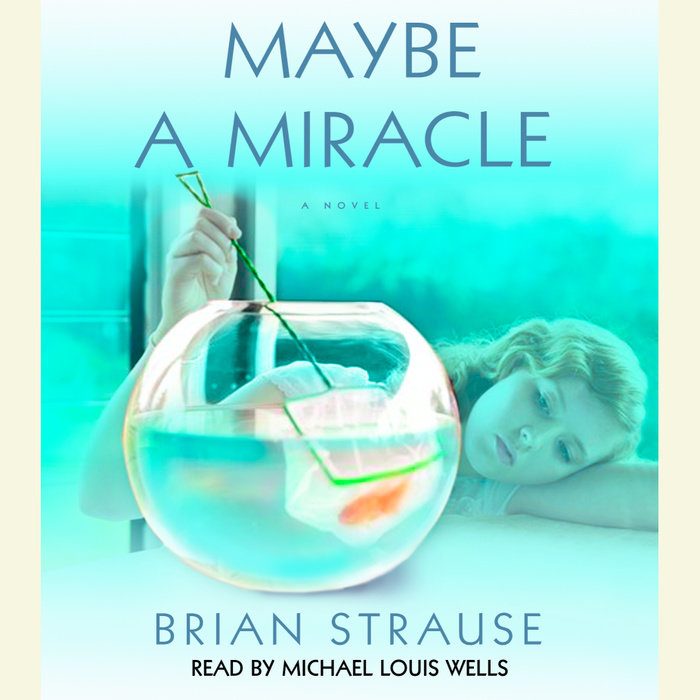 In this disarming debut, Brian Strause has written a vastly entertaining novel about an American family transfixed by a series of mysterious events. From a comfortable suburb of Columbus, Ohio, emerges a story of rebellion, faith and hope, bridging the cultural gap between those who believe in miracles and those who wish they could.Monroe Anderson–as quiet on the outside as he is sardonic and alive on the inside–has spent most of his eighteen years trying to fly beneath the radar. If he can remain invisible, he believes, his sadistic older brother, a rising golf star, might not torment him, his workaholic father, a renowned litigator, might not notice him long enough to be disappointed, and his mother might not have to struggle so hard to find a hopeful word. The only people who glimpse the real Monroe are his girlfriend, Emily, and his eleven-year-old sister, Annika. On the night of his senior prom, Monroe finds Annika floating facedown in the family pool. He dives in and rescues her, but not quickly enough to prevent her from slipping into a coma. As the family copes with this crisis, Monroe’s mother turns to religion, his father turns to liquor, and Monroe himself must decide what’s worth believing in, what’s worth fighting for, and, finally, who he wants to be.By turns humorous and heartbreaking, personal and sweeping, familiar and extraordinary, Brian Strause’s mesmerizing novel takes readers on an unforgettable emotional journey into America’s heartland.
Read More
Advance praise for Maybe a Miracle

"As tender as a slow dance, as rebellious as a hip-hop song, and an uttery joy. Brian Strause manages to convince the reader that mere human life is the greatest sin and salvation--with room for belief, betrayal, the beneficence of baseball, folly, and forgiveness."
--Jacquelyn Mitchard, author of THE DEEP END OF THE OCEAN and THE BREAKDOWN LANE

"Brian Strause's MAYBE A MIRACLE starts out somewhere not far from J.D. Salinger's rye field, but it ends up in a new and strange and marvelous place where only this extraordinary first novelist could take it."
--Madison Smartt Bell, author of THE STONE THAT THE BUILDER REFUSED

“Monroe is clever and quizzical. His observations are often funny, and he’s a keen and self-aware observer of contemporary American life. . . . The novel balances the peace of Monroe's mother brought to dozen of sick people against the damage her actions may have caused Annika, and it has the grace to leave such ultimate questions unanswered.”
—The Washington Post Book World

“Emotionally charged. . . . The devastating power of this tragedy is brilliantly portrayed with both the gritty realism and sarcasm that only an eighteen-year-old boy can convey. But this novel truly stands out because of its singular premise: Can one family ever completely recover from a brush with tragedy?”
—BookPage

“A wonderfully fresh voice that is, irresistibly, both profound and profane. . . . Monroe is a captivating narrator who will both delight and outrage readers while also making them think; nothing escapes his dead-on riffs about today’s tumultuous political and religious landscape. Sure to hit the book club circuit with a vengeance, this debut is highly recommended.”
—Library Journal (starred review)

"Strause juxtaposes the caustic and the poignant in his first novel...The metaphysical runs up against the mundane with darkly comic ambiguity...Holds the reader."
—Publishers Weekly