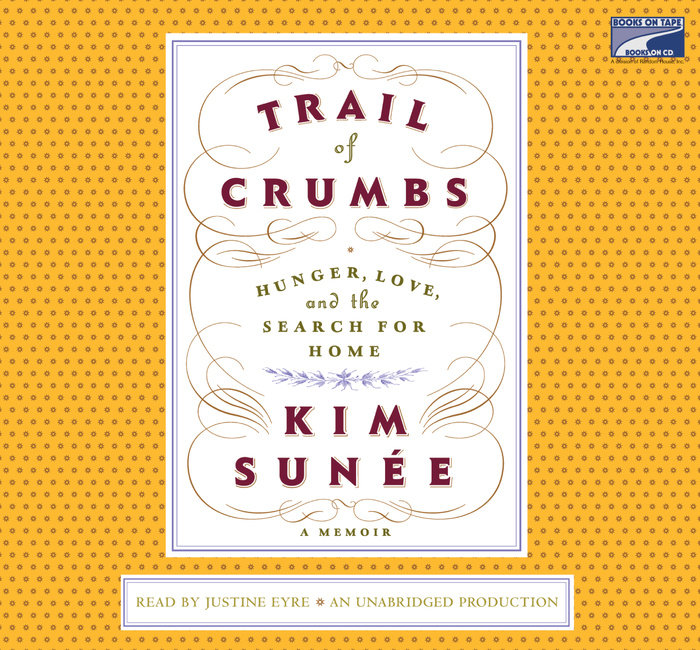 Written by: Kim Sunee
Read by: Justine Eyre
12 Hours and 42 Minutes Imprint: Random House Audio Genre: Biography & Autobiography - Personal Memoirs Release Date: January 08, 2008
Kim Sunée was three years old when her mother took her to a crowded marketplace and left her on a bench with only a fistful of food. Three terrifying days and nights later a policeman discovered Kim, who was clutching what was now only a handful of crumbs.

Nearly twenty years later, Kim’s life is unrecognizable. Adopted by a family in New Orleans, she grows up as one of only two Asian children in her community. At the age of twenty-two, she becomes involved with a famous French businessman, and finds herself living in France, mistress over his houses in Provence and Paris, and stepmother to his eight-year-old daughter.

But despite this glamorous lifestyle, Kim never really feels at home. TRAIL OF CRUMBS follows Kim as she cooks her way into many makeshift homes and discovers that familiar flavors are the antidote to a lifetime of wandering. Ultimately, it is in food and cooking that Kim finds solace and a sense of place.  Sensuous, intense, and intimate, this powerful memoir will appeal to anyone who is passionate about love, food, travel, or the ultimate search for self.
Read More