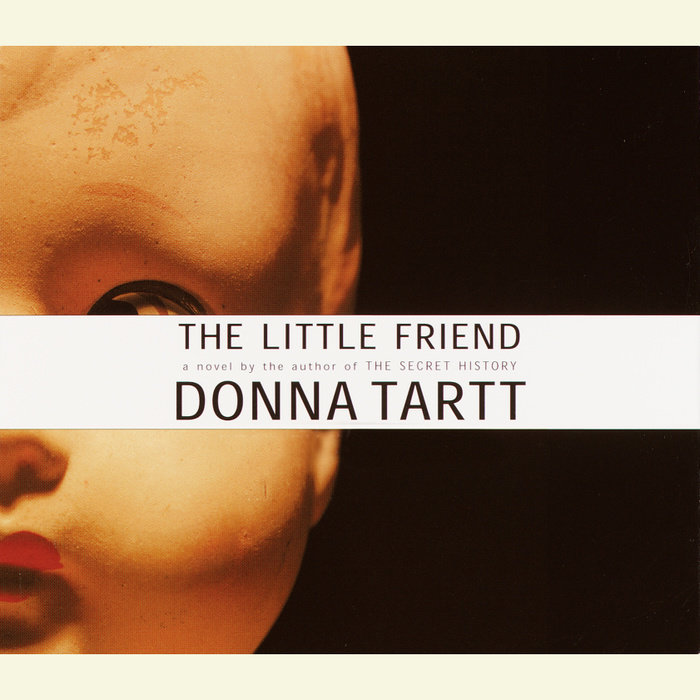 The hugely anticipated new novel by the author of The Secret History—a best-seller nationwide and around the world, and one of the most astonishing debuts in recent times—The Little Friend is even more transfixing and resonant.

In a small Mississippi town, Harriet Cleve Dusfresnes grows up in the shadow of her brother, who—when she was only a baby—was found hanging dead from a black-tupelo tree in their yard. His killer was never identified, nor has his family, in the years since, recovered from the tragedy.

For Harriet, who has grown up largely unsupervised, in a world of her own imagination, her brother is a link to a glorious past she has only heard stories about or glimpsed in photograph albums. Fiercely determined, precocious far beyond her twelve years, and steeped in the adventurous literature of Stevenson, Kipling, and Conan Doyle, she resolves, one summer, to solve the murder and exact her revenge. Harriet’s sole ally in this quest, her friend Hely, is devoted to her, but what they soon encounter has nothing to do with child’s play: it is dark, adult, and all too menacing.

A revelation of familial longing and sorrow, The Little Friend explores crime and punishment, as well as the hidden complications and consequences that hinder the pursuit of truth and justice. A novel of breathtaking ambition and power, it is rich in moral paradox, insights into human frailty, and storytelling brilliance.
Read More
"This extraordinary book [has] a main character, a twelve-year-old girl named Harriet Cleve Dufresnes, who ranks up there with Huck Finn, Miss Havisham, Quentin Compson, and Philip Marlowe, fictional characters who don't seem in the least fictional . . . If To Kill a Mockingbird is the childhood that everyone wanted and no one really had, The Little Friend is childhood as it is, by turns enchanting and terrifying."
--Malcolm Jones, Newsweek

"Readers are easily swept up in [a] darkly comic novel that . . . broadens to examine Southern racial and social strata, religious and generational eccentricities, and the passion of youth that gives way to the ambivalence of age. At times humorous, at times heartbreaking, The Little Friend is most surprising when it is edge-of-your-seat scary." --Dennis Moore, USA Today

"A sprawling story of vengeance, told in a rich, controlled voice . . . Tartt has written a grownup book that captures the dark, Lord of the Flies side of childhood and classic children's literature."
--James Poniewozik, Time
Read More