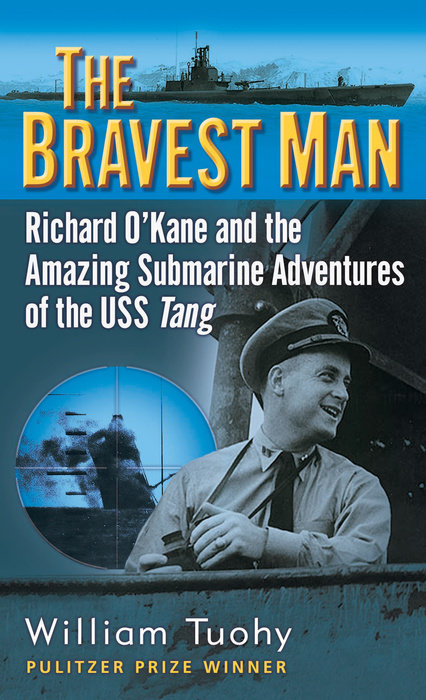 “There’s no margin for mistakes in submarines. You’re either alive or dead.”
–Richard O’Kane

Hailed as the ace of aces, captain Richard O’Kane, winner of the Congressional Medal of Honor for his consummate skill and heroism as a submarine skipper, sank more enemy ships and saved more downed fliers than anyone else.

Now Pulitzer Prize—winning author William Tuohy captures all the danger, the terror, and the pulse-pounding action of undersea combat as he chronicles O’Kane’s wartime career–from his valiant service as executive officer under Wahoo skipper Dudley “Mush” Morton to his electrifying patrols as commander of the USS Tang and his incredible escape, with eight other survivors, after Tang was sunk by its own defective torpedo.

Above all, The Bravest Man is the dramatic story of mavericks who broke the rules and set the pace to become a new breed of hunter/killer submariners who waged a unique brand of warfare. These undersea warriors would blaze their own path to victory–and transform the “Silent Service” into the deadliest fighting force in the Pacific.
Read More