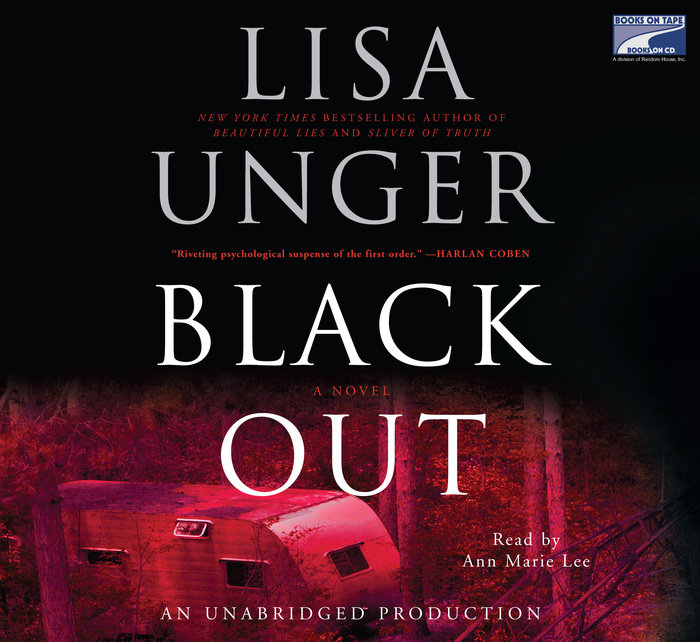 
On the surface, Annie Powers’s life in a wealthy Floridian suburb is happy and idyllic. Her husband, Gray, loves her fiercely; together, they dote on their beautiful young daughter, Victory. But the bubble surrounding Annie is pricked when she senses that the demons of her past have resurfaced and, to her horror, are now creeping up on her. These are demons she can’t fully recall because of a highly dissociative state that allowed her to forget the tragic and violent episodes of her earlier life as Ophelia March and to start over, under the loving and protective eye of Gray, as Annie Powers. Disturbing events—the appearance of a familiar dark figure on the beach, the mysterious murder of her psychologist—trigger strange and confusing memories for Annie, who realizes she has to quickly piece them together before her past comes to claim her future and her daughter.
Read More
"[A] hurricane of a thriller...impossible to extract yourself until the last page."
—Entertainment Weekly

“[F]ull of twists and turns. A great read for anyone craving some suspense.”
—John Searles, Cosmopolitan, on The Today Show, “Top 10 Summer Reads”

"Unger's latest keeps the adrenaline pumping with a roller-coaster plot and harrowing psychological suspense...well worth the ride."
—People

“[Lisa Unger] delivers such a ride you don't want the whiligig to stop….Built into the story is Annie's grim reality as well as her even more terrifying imaginations. Until the very end, Unger leaves us twisting as to which is which, and what is actually happening….Black Out is…psychotic scary, all the way.”
—NY Daily News

“Black Out is an outstanding example of the psychological thriller. It's also a white hot page-turner. However, this book is more than a thrill ride. Its feeling-tones and issues linger after the denouement, as is the case with significant literature. Its exploration of the human psyche brings insights both authentic and profound. Annie's plight will mean something to astute readers -they will take it personally. Lisa Unger is not - or not yet - the American Dostoevsky, but she may be on her way.”
—Naples Sun-Times

“Unger does a masterful job of keeping the reader engaged….As Black Out spirals through one shock after another, it becomes increasingly clear that not only can [the narrator] Annie trust no one else, she can't always trust herself.”
—St Petersburg Times

“Black Out is rewarding in a darkly voyeuristic way: the gruesomely realistic tale of a troubled teen's descent into a codependent hell on earth.”
—AP Review

“Black Out … is bound to be a sure hit. In it, [Unger] has written literature that is … a thriller with more twists than a cage full of snakes. Right about the time that you think you know what’s going on, the story takes another angle. Hold on tight…it’s a scary ride!”
—Bookreporter.com

“Black Out is riveting psychological suspense of the first order. If you haven’t yet experienced Lisa Unger, what are you waiting for?”
—Harlan Coben

“I read Black Out in one hungry gulp, and spent the rest of the night trying to calm my jangled nerves. This is a stunning, mind-bending shocker with moments of sheer terror–one of the best thrillers I’ve read this year!”
—Tess Gerritsen, author of The Bone Garden

“Twisty, riveting, and enormously exciting. Lisa Unger is a powerful and elegant writer, and Black Out is her best novel yet.”
—Joseph Finder, New York Times bestselling author of Power Play and Killer Instinct

“Unger, author of the best-selling and critically acclaimed Ridley Jones series…[creates the] compelling character of Annie: dark, troubled, and teetering on the brink.”
—Booklist

“Let Lisa Unger work her magic and I promise the ending will be a major payoff you will love. This book is really something special – once again Lisa Unger has kept me up all night.”
—Crimespree Magazine

"Annie Powers leads the perfect life in Florida with her husband, Gray, and their four-year-old daughter in this stellar character-driven stand-alone from bestseller Unger (A Sliver of Truth). Less than a decade earlier, however, Annie was Ophelia March, the teenage captive—or accomplice—of spree killer Marlowe Geary. Gray, a partner in his father's private security consultant firm, tracked Marlowe and rescued Ophelia after sending the killer's car over a cliff. Reinventing herself with Gray's help, Annie can't remember all that happened during her years with Marlowe, and she's prone to panic attacks and blackouts. When a strange man appears on her property, Annie's sure Marlowe is back. As a shady police detective digs into her past, Annie must try to recover the memories she buried if she's ever going to be free from Marlowe. Unger expertly turns what could have been a routine serial-killer story into a haunting odyssey for Annie, dropping red herrings and clues along the way until the reader feels as unsettled as Annie."
—Publishers Weekly, starred review
Read More 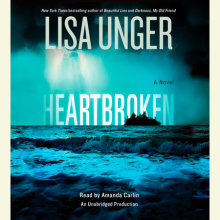 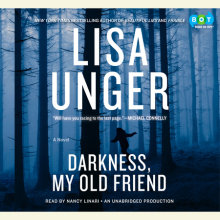 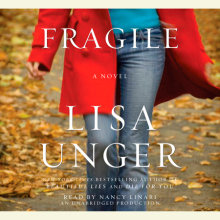