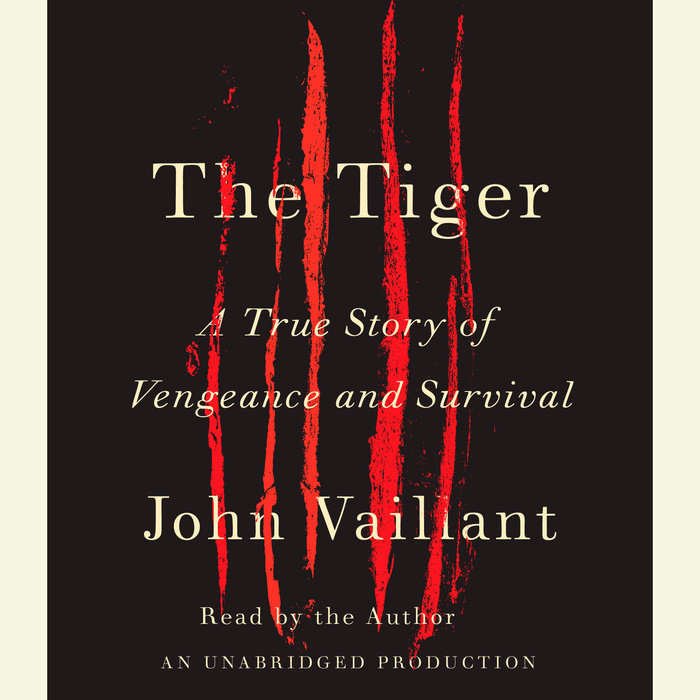 Written by: John Vaillant
Read by: John Vaillant
12 Hours and 6 Minutes Imprint: Random House Audio Genre: Political Science - Public Policy - Environmental Policy Release Date: August 24, 2010
The Orion Book Award
It’s December 1997, and a man-eating tiger is on the prowl outside a remote village in Russia’s Far East. The tiger isn’t just killing people, it’s annihilating them, and a team of men and their dogs must hunt it on foot through the forest in the brutal cold. As the trackers sift through the gruesome remains of the victims, they discover that these attacks aren’t random: the tiger is apparently engaged in a vendetta. Injured, starving, and extremely dangerous, the tiger must be found before it strikes again.

As he re-creates these extraordinary events, John Vaillant gives us an unforgettable portrait of this spectacularly beautiful and mysterious region. We meet the native tribes who for centuries have worshipped and lived alongside tigers, even sharing their kills with them. We witness the arrival of Russian settlers in the nineteenth and early twentieth centuries, soldiers and hunters who greatly diminished the tiger populations. And we come to know their descendants, who, crushed by poverty, have turned to poaching and further upset the natural balance of the region.

This ancient, tenuous relationship between man and predator is at the very heart of this remarkable book. Throughout we encounter surprising theories of how humans and tigers may have evolved to coexist, how we may have developed as scavengers rather than hunters, and how early Homo sapiens may have fit seamlessly into the tiger’s ecosystem. Above all, we come to understand the endangered Siberian tiger, a highly intelligent super-predator that can grow to ten feet long, weigh more than six hundred pounds, and range daily over vast territories of forest and mountain.

Beautifully written and deeply informative, The Tiger circles around three main characters: Vladimir Markov, a poacher killed by the tiger; Yuri Trush, the lead tracker; and the tiger himself. It is an absolutely gripping tale of man and nature that leads inexorably to a final showdown in a clearing deep in the taiga.
Read More

“A masterpiece of reconstructed reportage . . . What elevates The Tiger from adventure yarn to nonfiction classic is Vaillant’s mastery of language. Every now and then he drops in a paragraph-length essay that stands alone like a polished gem. His riff on the “unintended courtesy” of wildlife paths in snow is the kind of insight Terry Tempest Williams might weave an entire book around.”
—Outside

“The Tiger is the sort of book I very much like and rarely find. Humans are hard-wired to fear tigers, so this book will attract intense interest. In addition to tiger lore and scalding adventure, Vaillant shows us Russia’s far east and its inhabitants, their sometimes desperate lives interwoven with the economics of poaching and the politics of wildlife conservation. I was startled to learn about the zapovedniks and Russia’s primary place in global conservation. This is a book not only for adventure buffs, but for all of us interested in wildlife habitat preservation.”
—Annie Proulx

“If ever a nonfiction author has used the techniques of fiction any better to recount a real-life narrative, it is difficult to imagine who that author would be . . . Think of Vaillant as a younger version of John McPhee, but on steroids.”
—The Seattle Times

“A remarkable and thoughtful account of a distant place where man and animal meet with fatal consequences.”
—Richmond Times Dispatch

“[A] riveting story . . . Vaillant’s book teaches a lesson that humankind desperately needs to remember: When you murder a tiger, you not only kill a strong and beautiful beast, you extinguish a passionate soul.”
—Washington Post

“By all means read Vaillant’s magnificent book . . . [The Tiger] offers readers a shiver-inducing portrait of a predator that has been revered—and feared—like no other animal . . . A profound examination of the myriad factors that threaten the animal’s continued existence in the world . . . The final pages of Vaillant’s book are suspenseful, but also deeply sad.”
—San Francisco Chronicle

“What spirits this adventure narrative from compelling to brilliant is Vaillant’s use of the tiger hunt as an allegorical lens through which to understand the cultural, economic, and environmental devastation of post-Communist Russia . . . This energetic hybrid of classic adventure and impassioned sociocultural critique will appeal to Jon Krakauer fans, tiger lovers, and readers interested in contemporary Russian history.”
—Library Journal (starred review)

“Suspenseful and majestically narrated . . . Vaillant has written a mighty elegy that leads readers into the lair of the tiger and into the heart of the Kremlin to explain how the Amur tiger went from being worshipped to being poached.”
—Publishers Weekly (starred review)


“This book is magnificent, surely the best chronicle ever published of the wild Amur tigers in Russia’s Far East. In it are chilling accounts of human encounters with tigers—but these encounters, however fearsome, convincingly demonstrate the role that these enormous cats continue to play in the natural world. Equally compelling are the people of Primorye, those who of necessity must hunt the tigers, and those who would preserve them. To call this book a page-turner is an understatement. It’s riveting.”
—Elizabeth Marshall Thomas, author of The Hidden Life of Dogs, The Hidden Life of Deer, The Old Way, and Tribe of Tiger

“This book must be read by everybody who is interested in the conservation of wildlife. It takes you to the Russian wilderness to meet face-to-face with the Siberian tiger.”
—Temple Grandin, author of Animals in Translation and Animals Make Us Human

“This elegant work of narrative non-fiction has it all—beauty, intrigue, a primeval locale, fully realized characters, and a conflict that speaks to the state of our world. Obsessively well-researched and artfully written, The Tiger  takes us on a journey to the raw edge of civilization, to a world of vengeful cats and venal men, a world that, in Vaillant’s brilliant telling, is simultaneously haunting and enchanting.”
—Hampton Sides, author of Ghost Soldiers, Blood and Thunder, and Hellhound On His Trail

“The Tiger offers a richly textured, compelling story of Nature and Man at odds—and at risk—in Russia’s Far East. Grounded in meticulous research and informed by extensive field work, the narrative graphically conveys the fragility of life in the unforgiving taiga, where a single misstep can turn hunter into quarry. Few predators inspire more reckless greed, or inflict more relentless punishment, than the Ussuri tiger. By capturing its mystique and savagery, John Vaillant does as much as any mortal hand or eye to frame the “fearful symmetry” that burns in Blake’s “forests of the night.”
—John J. Stephan, author of The Russian Far East: A History

“An absolutely superb book. There have been many tiger books but none which so deeply try to probe the mind of tigers and the mind and habits of humans living in the same forest.”
—George Schaller, Wildlife Conservation Society & Panthera 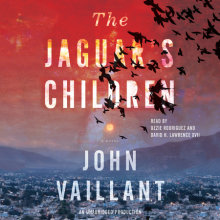 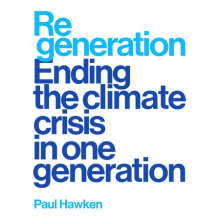 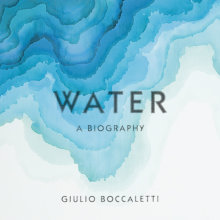