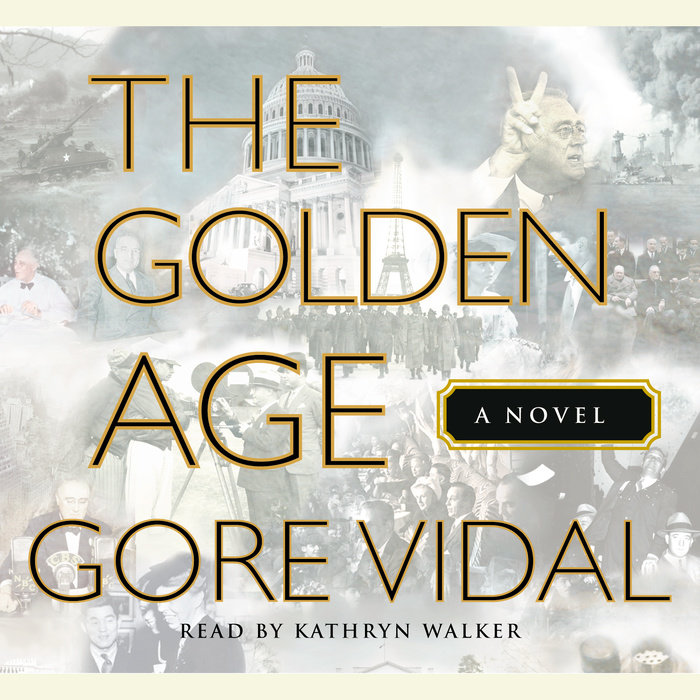 Written by: Gore Vidal
Read by: Anne Twomey
6 Hours and 12 Minutes Imprint: Random House Audio Genre: Fiction - Literary Release Date: September 19, 2000
The Golden Age is Vidal's crowning achievement, a vibrant tapestry of American political and cultural life from 1939 to 1954, when the epochal events of World War II and the Cold War transformed America, once and for all, for good or ill, from a republic into an empire. The sharp-eyed and sympathetic witnesses to these events are Caroline Sanford, Hollywood actress turned Washington D.C., newspaper publisher, and Peter Sanford, her nephew and publisher of the independent intellectual journal The American Idea. They experience at first hand the masterful maneuvers of Franklin Roosevelt to bring a reluctant nation into the Second World War, and, later, the actions of Harry Truman that commit the nation to a decade-long twilight struggle against Communism--developments they regard with a decided skepticism even though it ends in an American global empire. The locus of these events is Washington D.C., yet the Hollywood film industry and the cultural centers of New York also play significant parts. In addition to presidents, the actual characters who appear so vividly in the pagea of The Golden Age include Eleanor Roosevelt, Harry Hopkins, Wendell Willkie, William Randolph Hearst, Dean Acheson, Tennessee Williams, Joseph Alsop, Dawn Powell--and Gore Vidal himself.

The Golden Age offers up U.S. history as only Gore Vidal can, with unrivaled penetration, wit, and high drama, allied to a classical view of human fate. It is a supreme entertainment that is not only sure to be a major bestseller but that will also change listeners' understanding of American history and power.
Read More
"[A] true magnum opus."
--The New York Times

"A smart, witty Washington novel... You'll be gripped to the edge of your Chesterfield... Long live Gore Vidal."
--Chicago Sun-Times

"Rich in dialogue and mirthless humor, The Golden Age is... a worthy conclusion to one of the finest sustained historical visions in American literature."
--The New York Observer
Read More