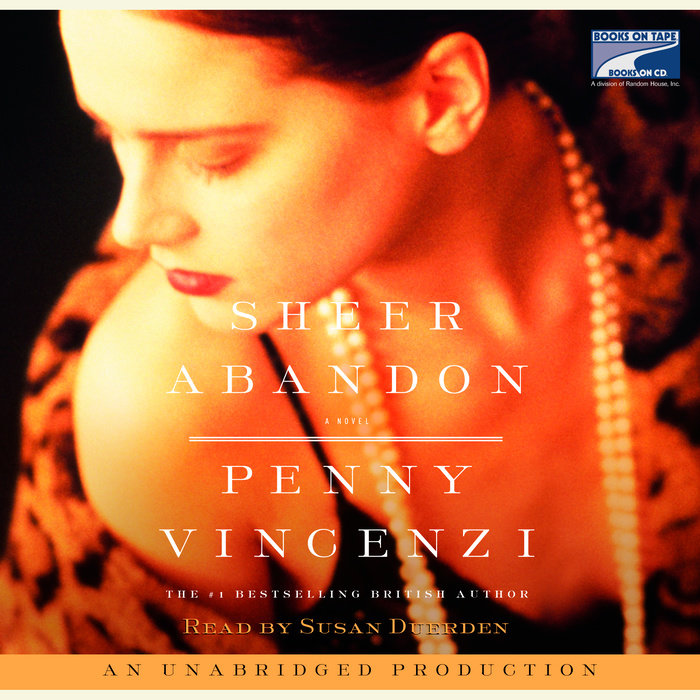 Written by: Penny Vincenzi
Read by: Susan Duerden
9 Hours and 53 Minutes Imprint: Random House Audio Genre: Fiction - Women Release Date: May 08, 2007
A number-one bestseller from one of Britain’s most popular novelists, Sheer Abandon is an all-consuming story revolving around the consequences of a desperate act.

Martha, Clio, and Jocasta meet by chance at Heathrow airport in 1985 as they are starting off on separate backpacking adventures, and they decide to spend the first few days of their trips together in Thailand. When they go their separate ways, they vow to get together in London the following year. But many years pass before the three cross paths again, and the once-capricious, carefree girls all now have thriving careers. One of them, however, harbors a terrible secret: On her return from her precollege excursion, she abandoned her just-born daughter at Heathrow.

Clio has fulfilled her ambition of becoming a doctor, only to find herself trapped in a marriage to an arrogant surgeon who belittles her and her professional achievements. Martha is a highly paid corporate lawyer, just embarking on a political career. Dedicated to her job, she has had little time for personal relationships and lives a busy, but lonely, life. Jocasta, a tabloid newspaper reporter with an infallible instinct for the big story, is in love with a charming colleague who can’t make the permanent commitment she longs for. The infant abandoned at Heathrow has grown up under the loving care of her adoptive family. Now a beautiful teenager named Kate, she sets out to find her birth mother——a quest that unexpectedly brings the women together and exposes the secret buried so many years before.

“She’s the plot-twist queen.”
—Adriana Trigiani, author of the Big Stone Gap trilogy and The Queen of the Big Time

“Vincenzi pulls out all the stops in this orchestral saga. . . . The mystery of who [Baby Bianca’s] mother is serves as the spine of this fat, satisfying novel . . . The various narrative themes crescendo through several all-hands-on-deck scenes . . . the women are, without exception, multifaceted, smart and brave, and their happiness is hard won. A U.K. bestseller, the book offers major escape and abandon for summer.”
–Publishers Weekly starred review
Read More 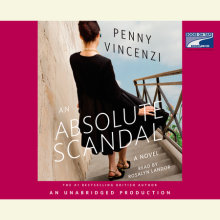