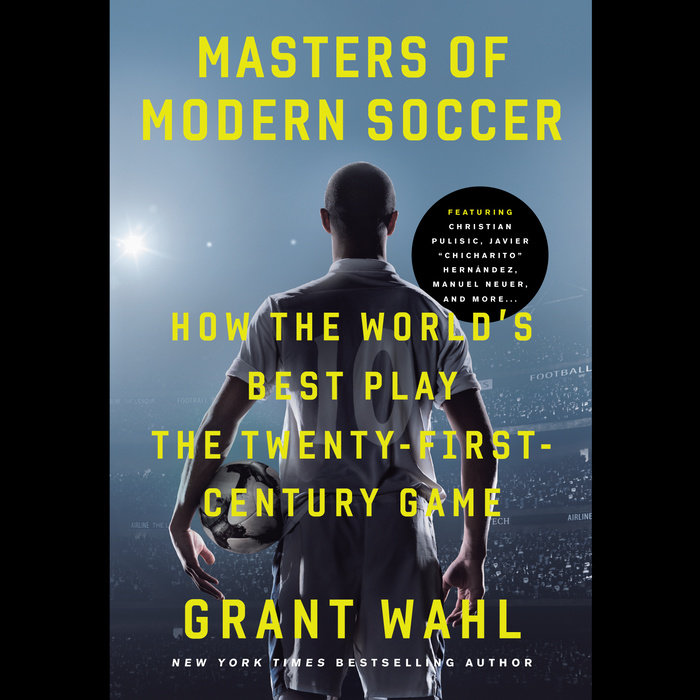 Masters of Modern Soccer is the definitive thinking fan's guide to modern soccer. For a supporter of any team, from the U.S. national teams to Manchester United, or any competition, from Mexico's Liga MX to the World Cup, this book reveals what players and managers are thinking before, during, and after games and delivers a true behind-the-scenes perspective on the inner workings of the sport's brightest minds.

America's premier soccer journalist, Grant Wahl, follows world-class players from across the globe examining how they do their jobs. This access imbues Masters of Modern Soccer with deep insight from the players on how goalkeepers, defenders, midfielders, and forwards function individually and as a unit to excel and win. Wahl also shadows a manager and director of soccer as they juggle the challenges of coaching, preparation, and the short- and long-term strategies of how to identify and acquire talent and deploy it on the field.

A book that will stand the test of time, Masters of Modern Soccer is the most in-depth analysis of the craft of soccer ever written for the American fan. For any fan, player, coach, or sideline enthusiast, this book will change the way they watch the game.
Read More
“Marrying first-rate reportage with stylish writing, Grant Wahl demonstrates why he’s considered the dean of U.S. soccer writing—a master of modern soccer, so to speak. This book has the weight and depth to appeal to hardcores, and the smart analysis to captivate the casual fan. Soccer’s answer to Men at Work.”
—JON WERTHEIM, SPORTS ILLUSTRATED EXECUTIVE EDITOR

“Grant Wahl is a master of modern soccer writing and this book is a Rosetta stone for anyone who wants to fully understand the contemporary game. It’s a user’s manual to how the game is (or ought to be) played, coached, managed, and watched. Everyone interested in soccer—fans, youth coaches, even top professionals—will gain fascinating insights from some of the game’s finest craftsmen, one of whom is Wahl himself.”
—STEVE RUSHIN, AUTHOR OF STING-RAY AFTERNOONS AND COLUMNIST FOR SPORTS ILLUSTRATED

“I started it taking off at LAX and finished it landing at JFK. It’s an incredible peek behind the curtain into the way players, coaches, and technical directors see themselves and their jobs. These entertaining and candid profiles help explain some of the complexities and mysteries of the beautiful game and the people who inhabit it.”
—ALEXI LALAS