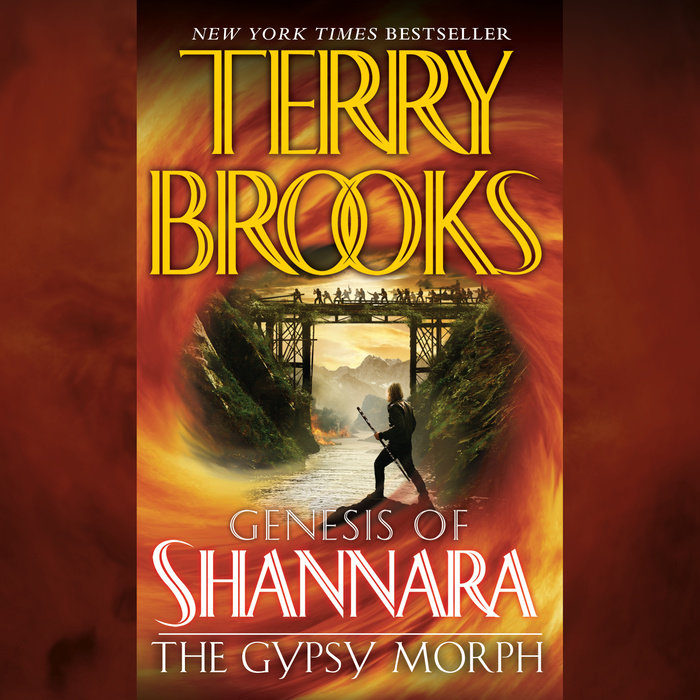 Written by: Terry Brooks
Read by: Phil Gigante
14 Hours and 45 Minutes Imprint: Random House Audio Genre: Fiction - Fantasy - Epic Release Date: May 24, 2022
Terry Brooks won instant acclaim with his phenomenal New York Times bestseller The Sword of Shannara. Its sequels earned Brooks legendary status. Then his darkly enthralling The Word and the Void trilogy revealed new depths and vistas to his mastery of epic fantasy. Armageddon’s Children and The Elves of Cintra took Brooks’s remarkable mythos to a breathtaking new level by delving deep into the history of Shannara. And now, The Gypsy Morph rounds out–with an adventure of unforgettably imaginative scope–the first phase of a new chapter in this classic series.

Eighty years into the future, the United States is a no-man’s-land: its landscape blighted by chemical warfare, pollution, and plague; its government collapsed; its citizens adrift, desperate, fighting to stay alive. In fortified compounds, survivors hold the line against wandering predators, rogue militias, and hideous mutations spawned from the toxic environment, while against them all stands an enemy neither mortal nor merciful: demons and their minions bent on slaughtering and subjugating the last of humankind.

But from around the country, allies of good unite to challenge the rampaging evil. Logan Tom, wielding the magic staff of a Knight of the Word, has a promise to keep–protecting the world’s only hope of salvation–and a score to settle with the demon that massacred his family. Angel Perez, Logan’s fellow Knight, has risked her life to aid the elvish race, whose peaceful, hidden realm is marked for extermination by the forces of the Void. Kirisin Belloruus, a young elf entrusted with an ancient magic, must deliver his entire civilization from a monstrous army. And Hawk, the rootless boy who is nothing less than destiny’s instrument, must lead the last of humanity to a latter-day promised land before the final darkness falls.

The Gypsy Morph is an epic saga of a world in flux as the mortal realm yields to a magical one; as the champions of the Word and the Void clash for the last time to decide what will be and what must cease; and as, from the remnants of a doomed age, something altogether extraordinary rises.
Read More
Praise for Terry Brooks

The Elves of Cintra