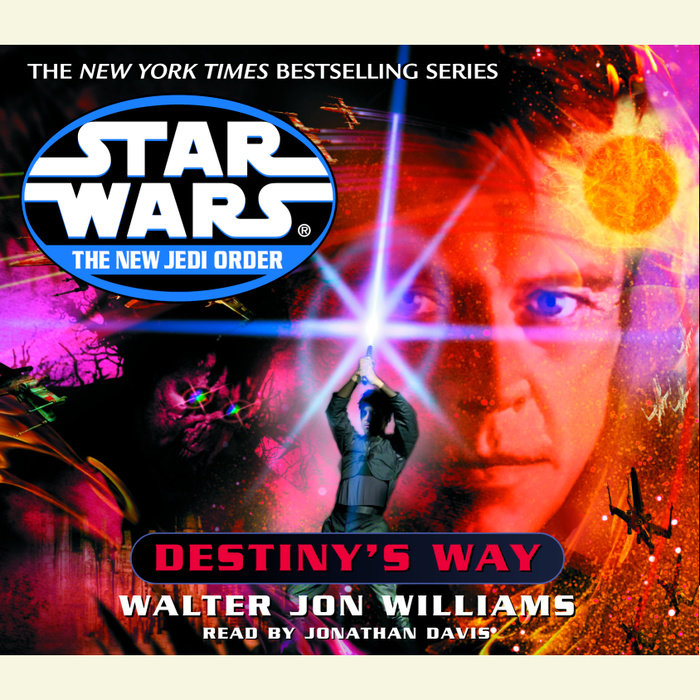 Written by: Walter Jon Williams
Read by: Jonathan Davis
6 Hours and 18 Minutes Imprint: Random House Audio Genre: Fiction - Science Fiction - Space Opera Release Date: February 20, 2007
The time of reckoning is close at hand. Events in the New York Times bestselling Star Wars The New Jedi Order series take a decisive turn, as the heroes of the New Republic prepare for their most volatile clash yet with the enemy—from without and within.

In the war against the ruthless Yuuzhan Vong, the fall of Coruscant leaves the New Republic divided by internal strife, and on the verge of bowing to conquest. But those who steadfastly refuse to consider surrender—Luke Skywalker, Han Solo, Leia Organa Solo, and their children and comrades-in-arms—are determined to seize victory against overwhelming odds. And now, finally, there are signs that the tide may be turning in the New Republic’s favor.

After capturing crucial Yuuzhan Vong intelligence, Jedi fighter-pilot Jaina Solo prepares to lead a daring surprise strike against an enemy flagship. Meanwhile, Jaina’s brother Jacen—liberated from the hands of the enemy and newly schooled in an even greater mastery of the Force by the Jedi Knight Vergere—is eagerly poised to bring his unique skills to bear against the invaders. And on Mon Calamari, the New Republic’s provisional capital, the retired, ailing hero Admiral Ackbar has conceived a major tactical plan that could spell the beginning of a swift end for the Yuuzhan Vong.

Yet even as opposing squadrons face off in the depths of space, intrigue runs rampant: in the heated political race for Chief of State . . . in the shadows where Yuuzhan Vong spies plot assassinations . . . and in the inscrutable creature Vergere, a Jedi Knight whose allegiance is impossible to predict. And as Luke Skywalker sets about reestablishing the Jedi Council, the growing faction opposed to the ways of the Force unveil a terrifying weapon designed to annihilate the Yuuzhan Vong species. But in doing so, they may be dooming the New Republic to becoming the very thing it has sworn to fight against—and unleashing the power of the dark side.
Read More 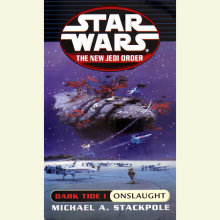 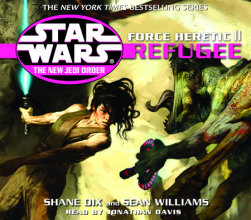 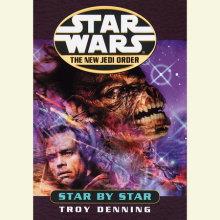