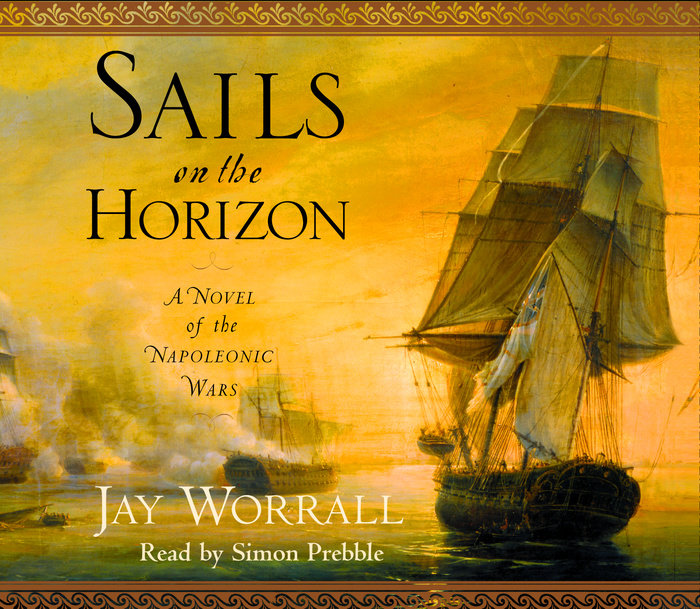 With his first historical high-seas adventure chronicling the exploits of Naval Commander Charles Edgemont, Jay Worrall sets sail in the rousing tradition of C.S. Forester and Patrick O’Brian.
The year is 1797. Napoleon Buonaparte is racking up impressive wins in the field against the enemies of revolutionary France. On the seas, England is putting up a staunch resistance.

When a modest fleet of British ships off the coast of Portugal encounters a larger force of Spanish vessels on their way to rendezvous with the French, the English are quick to seize the opportunity for a victory–even at the risk of a calamitous defeat.

Twenty-five-year-old Charles Edgemont is second lieutenant aboard the HMS Argonaut, the smallest ship in the British line of battle. When orders come for the Argonaut to engage in an all-but-suicidal maneuver to cut off the escape of the Spanish ships, he leads his gun crews bravely–until the death of the captain and the first lieutenant elevates him to command of the stricken vessel. In the chaos that follows, his defiant refusal to yield under enemy fire earns him a permanent promotion.

Thanks to the purse awarded him by the Admiralty after the fight, Charles is wealthy beyond his wildest dreams. But there are challenges when he returns home after years at sea. His newfound riches will prove no help when it comes to winning the heart of Penelope Brown, the feisty Quaker with whom Charles falls in love. Even more of a hindrance is his profession, for Penelope regards war as sinful and soldiers as little better than murderers.

Changing Penelope’s mind may just be the hardest battle Charles has ever fought–at least until fresh orders send him back to sea, where he faces a more traditional and equally formidable adversary in a series of stirring battles of will and might.
Read More
“Inspired by the salty tales of seasoned maritime novelists C. S. Forester and Patrick O’Brian, [Worrall] delicately balances action and adventure with introspection. . . . Fans of seafaring military sagas will welcome [Sails on the Horizon].”
–Booklist