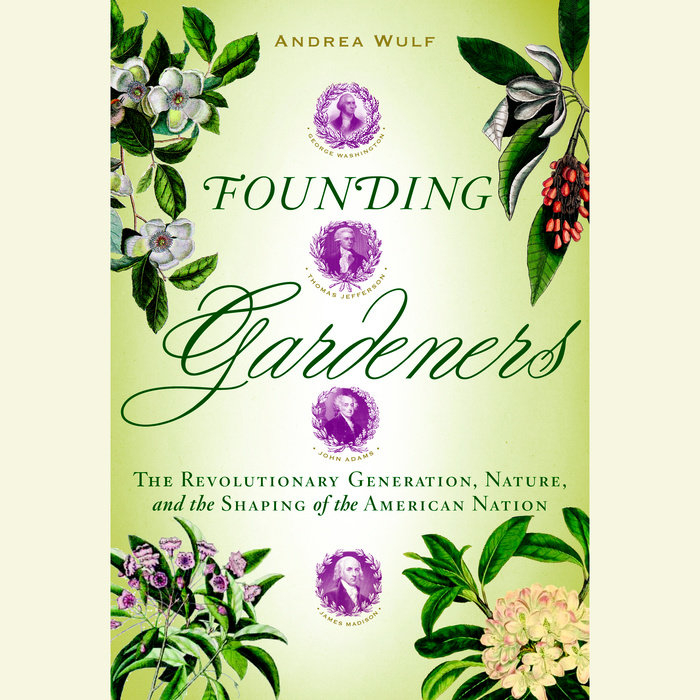 From the bestselling author of The Invention of Nature, a fascinating look at the Founding Fathers like none you've seen before.

“Illuminating and engrossing.... The reader relives the first decades of the Republic ... through the words of the statesmen themselves.” —The New York Times Book Review

For the Founding Fathers, gardening, agriculture, and botany were elemental passions: a conjoined interest as deeply ingrained in their characters as the battle for liberty and a belief in the greatness of their new nation.

Founding Gardeners is an exploration of that obsession, telling the story of the revolutionary generation from the unique perspective of their lives as gardeners, plant hobbyists, and farmers. Acclaimed historian Andrea Wulf describes how George Washington wrote letters to his estate manager even as British warships gathered off Staten Island; how a tour of English gardens renewed Thomas Jefferson’s and John Adams’s faith in their fledgling nation; and why James Madison is the forgotten father of environmentalism. Through these and other stories, Wulf reveals a fresh, nuanced portrait of the men who created our nation.

Read More
"Illuminating and engrossing. . . . The reader relives the first decades of the Republic not only through her eloquent and revelatory prose but through the words of the statesmen themselves."—The New York Times Book Review

"A timely and passionate book, with resonances beyond today’s legion of new gardeners. . . . Wulf traces the birth of the modern environmental movement back beyond Thoreau and Muir to the founding fathers’ passion for nature and plants." —The Guardian

"Andrea Wulf shows in her eloquently written and very beguiling Founding Gardeners that the garden, the natural world and the shape of a new nation were, for the men who launched the United States, parts of a whole. . . . She is a writer of considerable grace and breadth of vision, and Founding Gardeners is an excellent portrait of the early years of the federal republic. It will delight the general reader." —The Plain Dealer

"A highly enjoyable and thought-provoking book. Wulf combines a sure knowledge of garden history and 18th-centry politics with a keen eye for domestic detail and evocative description. By focusing the grand narrative of early America on four individuals, she writes the best kind of popular history." —The Irish Times

"It is certain that Wulf has wonderfully illuminated an often overlooked and very important aspect of the founders’ lives, providing new reasons to be inspired by them. . . . Delightful, enlightened reading."
—NashvilleScene.com

"Fresh and bountiful. . . . Wulf’s delectable anecdotal approach . . . reveals each founder’s personality and perpective, while her dynamic analysis results in a paradigm-altering vision of how ‘the balance of nature’ underlies our founding principles." —Booklist (starred review)

"Wulf offers a delightful new perspective on the men we usually associate more with politics than with plants." —Publishers Weekly

5 Audiobooks to Listen to While You Garden 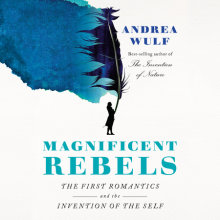 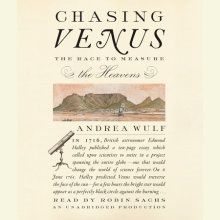