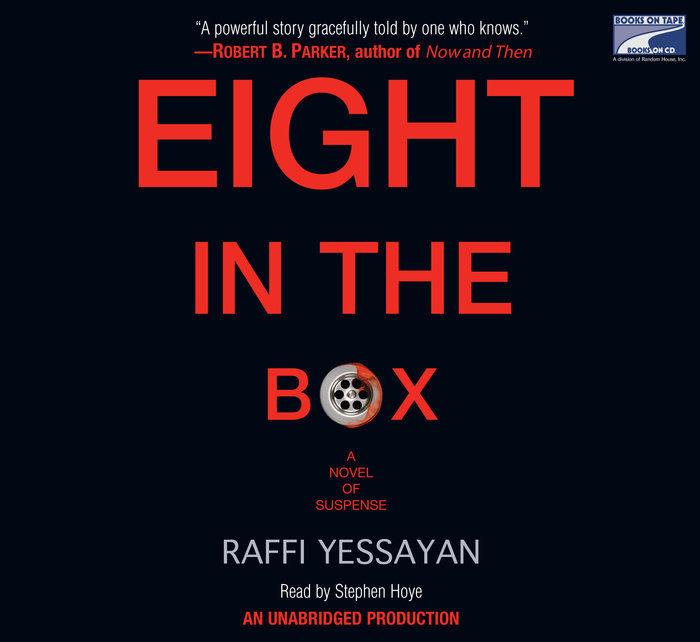 In this swiftly paced, breathlessly suspenseful debut novel, the bizarre rampage of an elusive serial killer sends shockwaves through Boston, igniting a harrowing police manhunt and resounding at the highest levels of the criminal justice system. Drawing on eleven years’ experience as a Boston assistant district attorney–and as chief prosecutor with the elite Gang Unit–Raffi Yessayan renders a stark, realistic, and gripping portrait of law enforcement professionals on the job, and under the gun, in a city at the mercy of a madman.

The scene is perplexingly always the same: the home of a single woman, no signs of forced entry, no evidence of an intruder, and no victim–only a bathtub filled with blood.

Newly promoted homicide detective Angel Alves wants to make his mark in the department and a difference on the streets. But juggling the needs of a family and the demands of a relentlessly driven partner tests the young cop’s commitment as sorely as tracking the killer challenges his skills. Meanwhile, assistant DA Conrad Darget has his own hands full–mentoring an ambitious young law student, whom he is also dating, rallying his fellow attorneys in their daily courtroom battles, and striving to win true justice in an imperfect system. With each new attack the twisted mystery only deepens, and the hunger for answers–and action–intensifies. No sane mind could comprehend the dark design behind it all. And no one can anticipate the final fateful strokes that will lead to a shocking endgame.

From its chilling first pages to its heart-stopping home stretch, Eight in the Box thrills at every turn and surprises at every opportunity–racing at an ever increasing velocity to deliver a climax that pays off in devastating style.
Read More
Advance praise for Eight in the Box

“Raffi Yessayan’s Eight in the Box is an awesome, chilling legal thriller. It took me back to the days when I was chasing down the darker elements with Eddie Egan and Sonny Grosso while researching and writing The French Connection. Yessayan may be the best prosecutor-turned-crime-writer to hit the streets since George V. Higgins and Scott Turow.”
–Robin Moore, author of The French Connection and The Set Up

“With its superb dead-on dialogue and criminal procedure so authentic I felt as if I had slipped under crime-scene tape and disappeared into an underworld meant only for cops and killer, Eight in the Box had me hooked and on the edge of my seat from page 1. This is one of the most shocking and accurate crime novels ever written.”
–Andrew McAleer, professor of crime fiction, Boston College, and author of Mystery Writing in a Nutshell

“If you enjoy baffling murders investigated by credible, indelible homicide detectives and prosecutors, you’re going to love Eight in the Box. A onetime assistant district attorney in Boston, Raffi Yessayan conveys both an air of authenticity and a sense of dedication in describing the men and women who must ‘speak for the dead.’ This is a wonderful debut crime novel.”
–Jeremiah Healy, author of The Only Good Lawyer and Turnabout
Read More