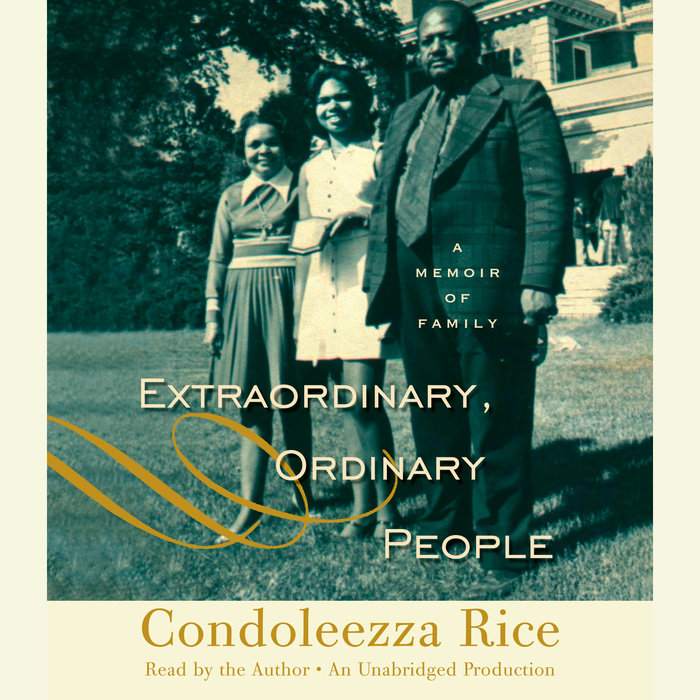 This is the story of Condoleezza Rice that has never been told, not that of an ultra-accomplished world leader, but of a little girl--and a young woman--trying to find her place in a sometimes hostile world, of two exceptional parents, and an extended family and community that made all the difference.

Condoleezza Rice has excelled as a diplomat, political scientist, and concert pianist. Her achievements run the gamut from helping to oversee the collapse of communism in Europe and the decline of the Soviet Union, to working to protect the country in the aftermath of 9-11, to becoming only the second woman--and the first black woman ever--to serve as Secretary of State.

But until she was 25 she never learned to swim, because when she was a little girl in Birmingham, Alabama, Commissioner of Public Safety Bull Connor decided he'd rather shut down the city's pools than give black citizens access.

Throughout the 1950's, Birmingham's black middle class largely succeeded in insulating their children from the most corrosive effects of racism, providing multiple support systems to ensure the next generation would live better than the last. But by 1963, Birmingham had become an environment where blacks were expected to keep their head down and do what they were told--or face violent consequences. That spring two bombs exploded in Rice’s neighborhood amid a series of chilling Klu Klux Klan attacks.  Months later, four young girls lost their lives in a particularly vicious bombing.

So how was Rice able to achieve what she ultimately did?

Her father, John, a minister and educator, instilled a love of sports and politics. Her mother, a teacher, developed Condoleezza’s passion for piano and exposed her to the fine arts. From both, Rice learned the value of faith in the face of hardship and the importance of giving back to the community. Her parents’ fierce unwillingness to set limits propelled her to the venerable halls of Stanford University, where she quickly rose through the ranks to become the university’s second-in-command. An expert in Soviet and Eastern European Affairs, she played a leading role in U.S. policy as the Iron Curtain fell and the Soviet Union disintegrated. Less than a decade later, at the apex of the hotly contested 2000 presidential election, she received the exciting news--just shortly before her father’s death--that she would go on to the White House as the first female National Security Advisor.

As comfortable describing lighthearted family moments as she is recalling the poignancy of her mother’s cancer battle and the heady challenge of going toe-to-toe with Soviet leaders, Rice holds nothing back in this remarkably candid telling.

"Looking for a blow-by-blow account of Condoleezza Rice’s years as George W. Bush’s secretary of state? You would do well to find one of the many Rice biographies already on the shelves. In this remarkably clear-eyed and candid autobiography, Rice focuses instead on her fascinating coming-of-age during the stormy civil rights years in Birmingham, Alabama."
—Bookpage
Read More 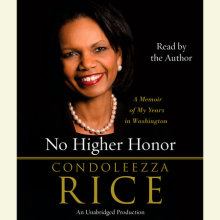