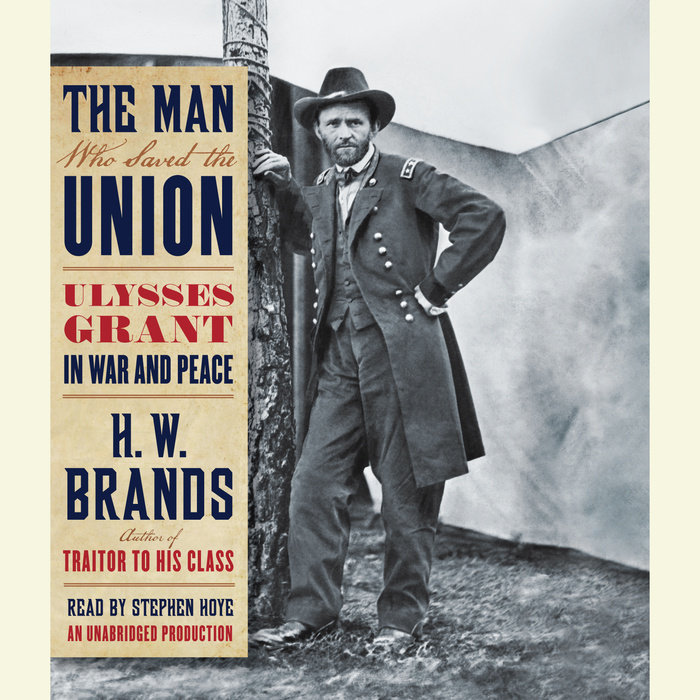 Ulysses Grant rose from obscurity to discover he had a genius for battle, and he propelled the Union to victory in the Civil War. After Abraham Lincoln's assassination and the disastrous brief presidency of Andrew Johnson, America turned to Grant again to unite the country, this time as president. In Brands's sweeping, majestic full biography, Grant emerges as a heroic figure who was fearlessly on the side of right. He was a beloved commander in the field but willing to make the troop sacrifices necessary to win the war, even in the face of storms of criticism. He worked valiantly to protect the rights of freedmen in the South; Brands calls him the last presidential defender of black civil rights for nearly a century. He played it straight with the American Indians, allowing them to shape their own fate even as the realities of Manifest Destiny meant the end of their way of life.  He was an enormously popular president whose memoirs were a huge bestseller; yet within decades of his death his reputation was in tatters, the victim of Southerners who resented his policies on Reconstruction. In this page-turning biography, Brands now reconsiders Grant's legacy and provides a compelling and intimate portrait of a man who saved the Union on the battlefield and consolidated that victory as a resolute and principled political leader.
Read More
Praise for The Man Who Saved the Union

“In this splendidly written biography, University of Texas at Austin professor H.W. Brands does justice to one of America’s most underrated presidents . . . Brands is both sympathetic and thorough in his examination of Grant’s life. The Man Who Saved the Union makes clear that Grant did precisely that. The end of the Civil War did not mark the end of the divisions that had so badly weakened the country, and during Reconstruction those divisions threatened to plunge America back into chaos. Brands has provided a valuable service by making clear how much America owes to Ulysses Grant.”
—Dallas Morning News

“Thorough, balanced, and a good read . . . Brands deserves great praise for once more attempting to put Ulysses S. Grant where he belongs, in the pantheon of American heroes.”
—Michael Korda, The Daily Beast

“Brands’s Grant is captured crisply in the title of his new biography: The Man Who Saved the Union. But Brands’s Grant is more than that. He is, like the increasingly accepted view of Dwight D. Eisenhower, ‘indisputably above politics,’ a crusader against race hatred, a warrior against what Grant himself called ‘lawlessness, turbulence, and bloodshed,’ friend to black and Indian alike. . . . Brands artfully portrays Grant as a man of his times—‘his adult life had coincided with the Union’s long crisis’—and argues, persuasively, that he played a role in settling the great questions of his time.”
—The Boston Globe

“What is distinctive about this distinguished biographer's new work is its rehabilitation of President Grant, who was not only a great general who wrote memoirs worthy of comparison to Julius Caesar's, but a great moral leader who pursued Lincoln's agenda of re-unifying the nation and integrating its former slaves into one indivisible nation.”
—Minneapolis Star Tribune

"A well-done effort to portray one of the most important and insufficiently appreciated American figures of the 19th century."
—Richmond Times-Dispatch

“Once again, H. W. Brands has crafted a wonderful portrait of a great leader who endured and prevailed in hours of stress and strain. Brands’s U. S. Grant is a compelling figure, a man too often overlooked by history. This book rectifies that with grace and insight.”
—Jon Meacham, author of American Lion, winner of the Pulitzer Prize for biography

"There is a magnificent unity to this story of Grant's leadership in both war and peace that is not found anywhere else. In this compelling narrative, Grant emerges more fascinating than ever before."
—Doris Kearns Goodwin, author of Team of Rivals and No Ordinary Time, winner of the Pulitzer Prize for history

“Too frequently overshadowed or overlooked, U. S. Grant finally gets his due in H. W. Brands’ splendid new biography. With verve and his trademark scholarship, Brands vividly brings Grant to life. Here, rendered in all his humanity, is the soldier, statesman, president. Here, too, is a man as much for our time as for his.”
—Jay Winik, author of April 1865 and The Great Upheaval

“H. W. Brands celebrates Grant the warrior and Grant the president, too long maligned by an unholy alliance of snobs, racists, and partisan historians. A great American gets his full due.”
—Richard Brookhiser, author of James Madison

“A skilled American storyteller reminds us of Grant's bravery and devotion on the bloody battlefields of the Civil War and as the president who rescued the martyred Lincoln's dream in the ugly seasons after the assassination. From the assault on Chapultepec to the carnage at Shiloh, from the Appomattox Court House to Grant's showdown as president with the Ku Klux Klan, the inestimable H. W. Brands tells the tale of this very human hero with the verve and insight we expect from a great biographer.”
—John A. Farrell, author of Clarence Darrow: Attorney for the Damned

"With this clear-eyed work, Brands re-examines the great American struggle, this time with Grant at the center. The result is deeper and more complex than much of the giant Lincoln literature, as Brands gives us not just the war but its painful and painstaking aftermath. The Grant presented here is altogether new — flawed, yes, but also brilliant, pratical, humble and perfectly American. This is an essential book."
—Jim Newton, author of Eisenhower: The White House Years

“This authoritative biography of an obscure failure and occasional drunkard who became a Civil War generalissimo and the 18th U.S. president is a study in two kinds of moral courage . . . [Brands’s] narrative of Grant’s military campaigns in particular is lucid, colorful, and focused on telling moments of decision. His Grant emerges as an immensely appealing figure . . . with a keen mind, stout character, and unpretentious manner. The result is a fine portrait of the quintessential American hero.”
—Publishers Weekly starred review
Read More