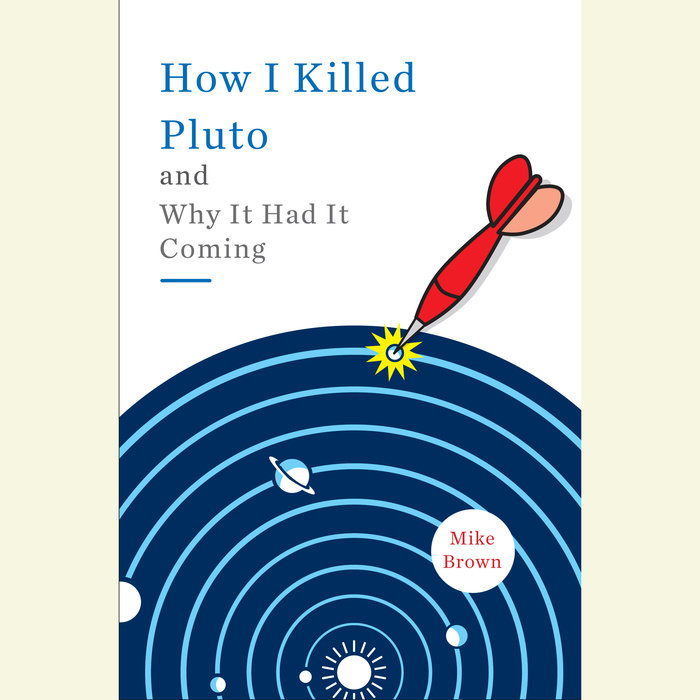 Written by: Mike Brown
Read by: Ryan Gesell
7 Hours and 49 Minutes Imprint: Random House Audio Genre: Science - Space Science - Astronomy Release Date: December 07, 2010
The solar system most of us grew up with included nine planets, with Mercury closest to the sun and Pluto at the outer edge. Then, in 2005, astronomer Mike Brown made the discovery of a lifetime: a tenth planet, Eris, slightly bigger than Pluto. But instead of its resulting in one more planet being added to our solar system, Brown’s find ignited a firestorm of controversy that riled the usually sedate world of astronomy and launched him into the public eye. The debate culminated in the demotion of Pluto from real planet to the newly coined category of “dwarf” planet. Suddenly Brown was receiving hate mail from schoolchildren and being bombarded by TV reporters—all because of the discovery he had spent years searching for and a lifetime dreaming about.

"Brown’s brisk, enjoyable How I Killed Pluto and Why It Had It Coming chronicles the whole saga [of the demotion of Pluto] and, in the process, makes Pluto’s sad fate easier to take. If we’ve lost a planet, we’ve gained a sprightly new voice for popular science…Writing with an appealing wit, Mr. Brown resists the glibness to which science popularizations sometimes fall prey. Instead he leavens his scientific account with a memoir of how he discovered the joys of becoming a husband and a father during the same period that he thought he was discovering planets. It’s a refreshing twist on stereotype: the scientist neither as madman nor mystic, but mensch…The cheerful, unaffected tone makes it hard not to like Mr. Brown, and to root for him when he finds himself in the midst of controversy… Amazingly, the author spins these parliamentary proceedings into a nail-biting roller-coaster ride: the skullduggery of secret committees, the raucous debate, the white-knuckle final tally. How many planets will we end up with? Eight? Twelve? Hundreds? Will the astronomers accept a definition that satisfies cultural expectations—but is bad science? Or will they find the courage the kill Pluto?... Brown narrates this entire story with so little rancor and so much generosity to rival astronomers that he can seem too good to be true. He even keeps his cool, and his class, while his research is plundered and his reputation attacked. It turns out you can kill a planet and still be a pretty nice guy.”—The Wall Street Journal

“Brown's brilliant scientific memoir brings clarity and elegance to the complexities of planetary science. Brown is also a surprisingly self-effacing and entertaining genius. But what comes through clearest is his uncompromising integrity, his 'take-no-prisoners' belief in science. He puts principle above his own best interest... [An] out-of-this-world science memoir.”—Minneapolis Star Tribune

"Brims with humor and charm...exhilarating."—LA Times

“Brown clearly explains difficult scientific topics with humor and warmth…Deftly pulling readers along on his journey of discovery and destruction, Brown sets the record straight and strongly defends his science with a conversational, rational, and calm voice that may change the public’s opinion of scientists as poor communicators.”—Publisher’s Weekly (starred review)

“Finally I have someone to whom I can forward the hate mail I get from schoolchildren. After all these years, the real destroyer of Pluto has confessed. Part memoir and part planetary saga, How I Killed Pluto invites you into planetary scientist Mike Brown’s office, his home, and his head as he tells the story of how his research on the outer solar system led directly to the death of Pluto, the planet.”—Neil deGrasse Tyson, Frederick P. Rose Director of the Hayden Planetarium and author of The Pluto Files: The Rise and Fall of America’s Favorite Planet

“Damn Mike Brown for exploding the solar-system model we’ve been carrying around in our heads since elementary school. Praise him for showing us that stargazing, far from being a dead science, is a living, changing wonder.”—Benjamin Wallace, author of The Billionaire’s Vinegar

“Romance, intrigue, laughter, skullduggery, and most of all: science! Mike Brown has done more than anyone to reshape our view of the solar system, and this first-person account of his discoveries is an irresistible page-turner. You’ll have so much fun, you won’t even notice how much you’re learning.”—Sean Carroll, author of From Eternity to Here: The Quest for the Ultimate Theory of Time

“Science is at its best when it shakes up our thinking, and when it comes to planets, Mike Brown has grabbed on with both hands. Whether you think Pluto is a planet or just another ice ball, you’ll find Brown’s tale of exploring the outer solar system a charming and even endearing read. If Pluto is indeed dead, then its sacrifice was not in vain.”—Philip Plait, author of Death from the Skies!
Read More