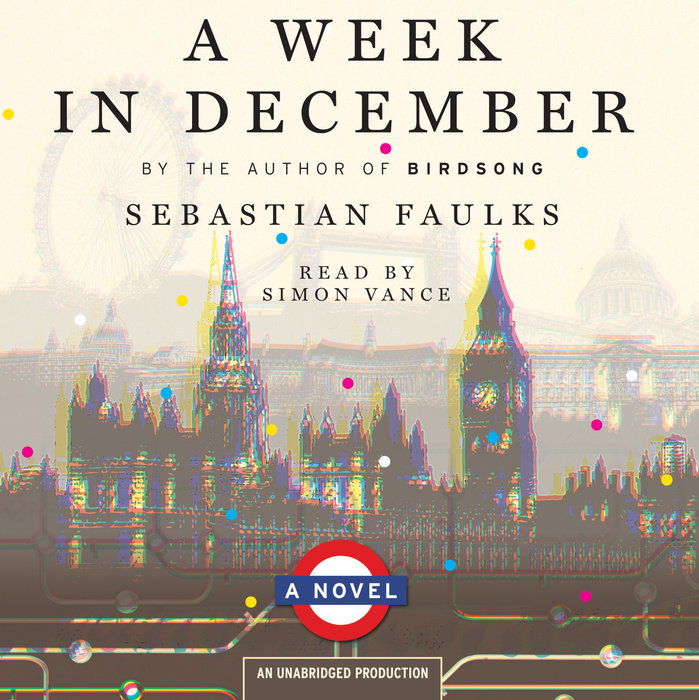 From the author of the bestselling Birdsong comes a powerful novel that melds the moral heft of Dickens and the scrupulous realism of Trollope with the satirical spirit of Tom Wolfe.

London: the week before Christmas, 2007. Over seven days we follow the lives of seven major characters: a hedge fund manager trying to bring off the biggest trade of his career; a professional footballer recently arrived from Poland; a young lawyer with little work and too much time to speculate; a student who has been led astray by Islamist theory; a hack book reviewer; a schoolboy hooked on reality TV and genetically altered pot; and a Tube train driver whose Circle Line train joins these and countless other lives together in a daily loop.

With daring skill and savage humor, A Week in December explores the complex patterns and crossings of modern urban life; as the novel moves to its gripping climax, its characters are forced, one by one, to confront the true nature of the world they—and we all—inhabit.
Read More
“The novel is unequivocally successful [as a] narrative . . . Readers will race through the pages like banks through cash.” —The Guardian

Two plots—one financial, the other terrorist—are being hatched, but there’s much more going on in this absorbing big-canvas view of contemporary London from Faulks (Engleby, 2007, etc.).

John Veals, a middle-aged hedge fund manager and the coldest of cold fish, is planning the collapse of a major British bank. His goal? To pump even more billions of dollars into his fund. Hassan al-Rashid, a young Muslim raised in Scotland, belongs to a jihadist cell. By chance, their schemes will climax simultaneously in December 2007. Faulks uses the tried-and-true countdown device as a backbeat. In the foreground is lucid if rather too lengthy exposition. To explain Veals’s strategy, Faulks leads us through the labyrinth of puts, calls, trades and more, while for Hassan he limns a credible step-by-step recruitment process. As a counterweight to the blandishments of the Koran, Faulks offers the reader the rational humanism of Gabriel Northwood, an impoverished barrister; the strident voice of the Koran reminds Gabriel uncomfortably of the voices plaguing his schizophrenic brother Adam. Gabriel’s somber hospital visits are a corrective to a shockingly cruel, hugely lucrative reality show that pillories the participants, all crazies. (Veals’s teenage son, a fan of the show, will join Adam after a drug-induced psychotic episode.) The light in Gabriel’s sad life is a new client, Jenni Fortune, the mixed-race driver of a subway train and devotee of video games. Unlike digital seductions (another Faulks theme), the love that grows between Gabriel and Jenni is piercingly real. For light relief, there’s Hassan’s wealthy businessman father, panicked before an audience with the Queen, soliciting advice on Great Books from an embittered reviewer, a veteran of the literary racket. Remarkably, Faulks retains control of his material as he shows us a world in which money rules, tunnel vision destroys and love remains the touchstone and redeemer.
With its inexhaustible curiosity about the way the world works, this funny, exciting work is another milestone in a distinguished career.

A WEEK IN DECEMBER "include[s] beautifully written riffs on how money really works... [it] is vigorous, authentic and often hilarious. The novel follows a hedge fund manager, a book critic, a subway ("tube" in British parlance) driver and a student who falls under the lethal spell of Islamic fundamentalism, among many others, but it is the hedge fund manager who resonates most. He is smart, ruthless, single-minded — and fascinating, in the way a shark or a serial killer can be fascinating: 'Somewhere in the passageways of John Veals' mind,' Faulks writes, 'beyond the thoughts of wife, children, daily living, carnal urges … there was a creature whose heart beat only to market movements.' ... Faulks [has] set a formidable standard ... clever and convincing, [it reminds] us that fiction always has the final word."

"The English writer Sebastian Faulks is one of those curious novelists whose predilection for well-told stories and popularity with readers often have seemed impediments to serious regard.

That's a bit unfair because, with its knowing nods to Trollope, Dickens and Tom Wolfe, A WEEK IN DECEMBER -- his ninth work of full-length fiction -- is a formally ambitious, intelligently entertaining, rather provocative novel ... [Faulks] has a reporter's keen eye for telling details and a propulsive mastery of narrative."
Read More 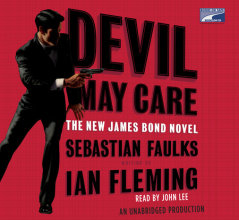