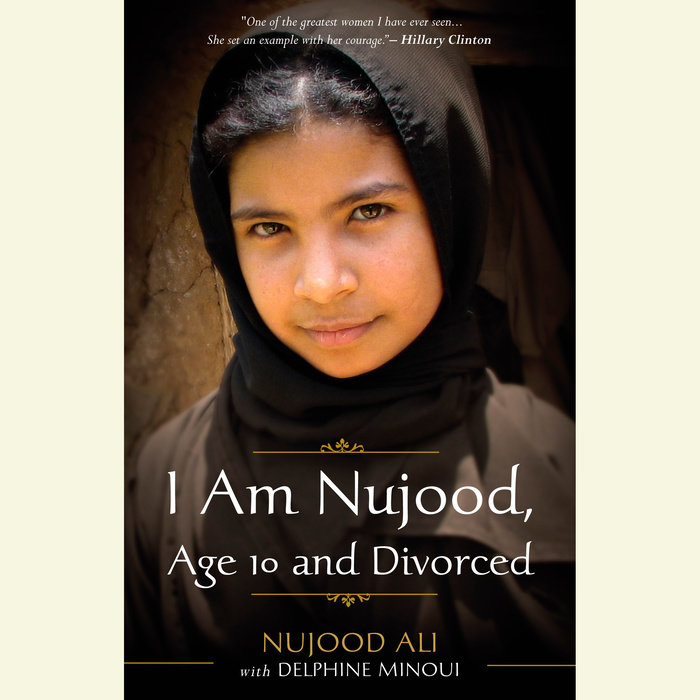 Written by: Nujood Ali
Read by: Meera Simhan
3 Hours and 59 Minutes Imprint: Random House Audio Genre: Biography & Autobiography - Women Release Date: March 02, 2010
“I’m a simple village girl who has always obeyed the orders of my father and brothers. Since forever, I have learned to say yes to everything. Today I have decided to say no.”

Nujood Ali's childhood came to an abrupt end in 2008 when her father arranged for her to be married to a man three times her age. With harrowing directness, Nujood tells of abuse at her husband's hands and of her daring escape. With the help of local advocates and the press, Nujood obtained her freedom—an extraordinary achievement in Yemen, where almost half of all girls are married under the legal age. Nujood's courageous defiance of both Yemeni customs and her own family has inspired other young girls in the Middle East to challenge their marriages.

Hers is an unforgettable story of tragedy, triumph, and courage.
Read More
“A powerful new autobiography...It’s hard to imagine that there have been many younger divorcées—or braver ones—than a pint-size third grader named Nujood Ali.”
—Nicholas Kristof, New York Times

“Shocking...captures the social challenges facing Yemen better than any scholarly work could hope to do.”
—Washington Post

“Her case has brought international exposure to the archaic practice of robbing girls of their youth.”
—People (Four Stars)

“An international icon of tenacity and courage.”
—New Yorker

“One of the greatest women I have ever seen . . . She set an example with her courage.”
—Hillary Clinton

“This book took my breath away. It broke my heart but put it back together again with a renewed hope in the staggering power of the human spirit. What Nujood did to save her life was a miracle; that she did it as a ten-year-old child is, quite simply, astounding.”
—Carolyn Jessop, author of Escape and Triumph

“Nujood and all other girls like her who are traded like objects deserve to be heard. This important book gives them a voice and sheds light on an ugly secret that has destroyed the lives of children for centuries.”
—Marina Nemat, author of Prisoner of Tehran

“Simple and straightforward in its telling, this is an informative and thoroughly engaging narrative.”
—Publishers Weekly
Read More