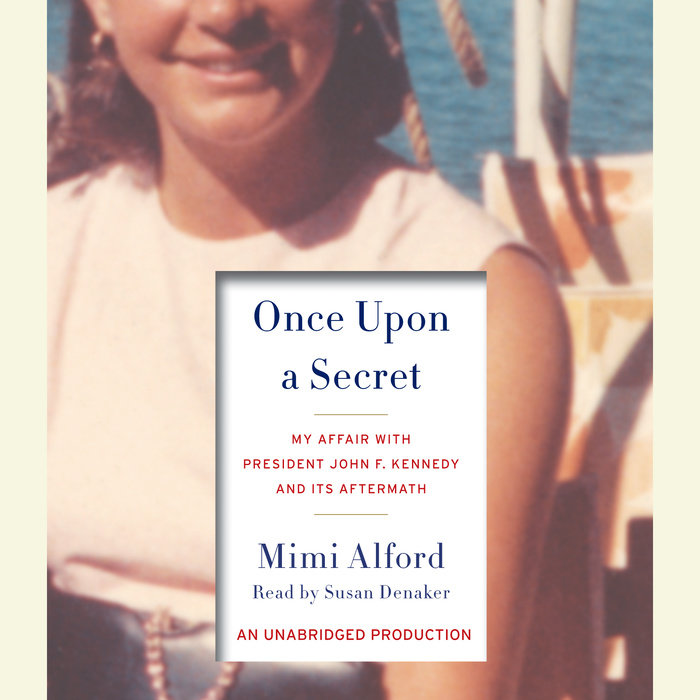 In the summer of 1962, nineteen-year-old Mimi Beardsley arrived by train in Washington, D.C., to begin an internship in the White House press office. The Kennedy Administration had reinvigorated the capital and the country—and Mimi was eager to contribute. For a young woman from a privileged but sheltered upbringing, the job was the chance of a lifetime. Although she started as a lowly intern, Mimi made an impression on Kennedy’s inner circle and, after just three days at the White House, she was presented to the President himself.

Almost immediately, the two began an affair that would continue for the next eighteen months.

In an era when women in the workplace were still considered “girls,” Mimi was literally a girl herself—naïve, innocent, emotionally unprepared for the thrill that came when the President’s charisma and power were turned on her full-force. She was also unprepared for the feelings of isolation that would follow as she fell into the double life of a college student who was also the secret lover of the most powerful man in the world. Then, after the President’s tragic death in Dallas, she grieved in private, locked her secret away, and tried to start her life anew, only to find that her past would cast a long shadow—and ultimately destroy her relationship with the man she married.

In 2003, a Kennedy biographer mentioned “a tall, slender, beautiful nineteen-year-old college sophomore and White House intern, who worked in the press office” in reference to one of the President’s affairs. The disclosure set off a tabloid frenzy and soon exposed Mimi and the secret that she had kept for forty-one years. Because her past had been revealed in such a shocking, public way, she was forced, for the first time, to examine the choices she’d made. She came to understand that shutting down one part of her life so completely had closed her off from so much more.

No longer defined by silence or shame, Mimi Alford has finally unburdened herself with this searingly honest account of her life and her extremely private moments with a very public man. Once Upon a Secret offers a new and personal depiction of one of our most iconic leaders and a powerful, moving story of a woman coming to terms with her past and moving out of the shadows to reclaim the truth.

Read More
“With the benefit of hindsight and good old-fashioned maturity, [Mimi Alford] writes not just about the secret, but the corrosive effect of keeping that secret. . . . You can’t help liking her, or her elegant and thoroughly good-natured book.”—The Spectator

“What [Alford] sacrificed in lucre she has more than recovered in credibility and dignity.”—The Washington Times

“Compelling . . . a polished voice telling a credible story you can take to the bank.”—Seattle Post-Intelligencer