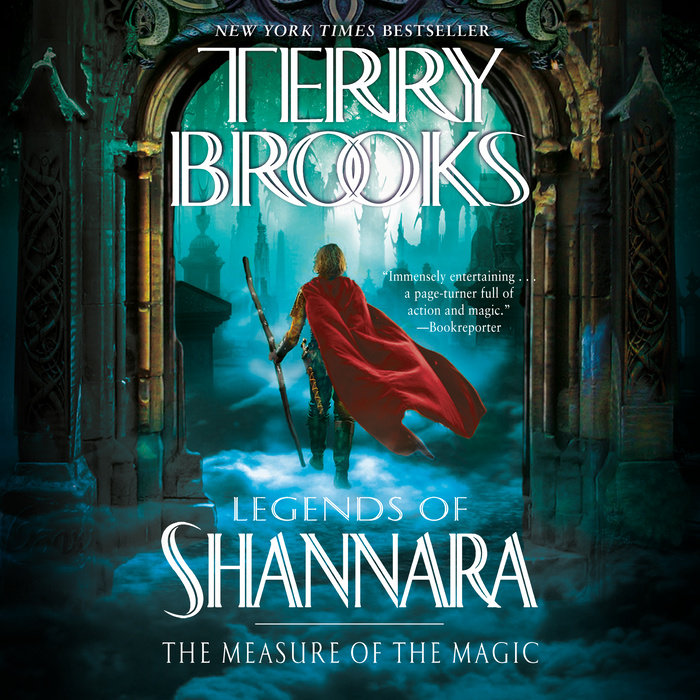 For five hundred years, the survivors of the Great Wars lived peacefully in a valley sanctuary shielded by powerful magic from the blighted and dangerous outside world. But the enchanted barriers have crumbled, the borders have been breached by predators, and the threat of annihilation looms large once more. Sider Ament, bearer of the last black staff and its profound power, devoted his life to protecting the valley and its inhabitants—and, in his final moments, gave stewardship of the black staff to the young tracker Panterra Qu. Now the newly anointed Knight of the Word must take up the battle against evil wherever it threatens: from without, where an army of bloodthirsty trolls is massing for invasion; and from within, where the Elf king of Arborlon has been murdered, his daughter, Princess Phryne Amarantyne, stands accused, and a heinous conspiracy is poised to subjugate the kingdom. But even these will pale beside the most harrowing menace Panterra is destined to confront—a nameless, merciless figure who wanders the devastated land on a relentless mission: to claim the last black staff . . . and the life of he who wields it.
Read More
PRAISE FOR LEGENDS OF SHANNARA
BEARERS OF THE BLACK STAFF

“A finely wrought tale of sacrifice, adventure, betrayal, magic, loss, and a world on the precipice.”—Brent Weeks, author of The Way of Shadows

“[A] superlative Tolkien-style fantasy tweaked with a contemporary vibe.”—Publishers Weekly

“A story that will delight Brooks’ legions of fans . . . Here’s to many more tales of this incredible world.”—SFRevu

AND FOR TERRY BROOKS

“Terry’s place is at the head of the fantasy world.”—Philip Pullman, author of The Golden Compass
Read More