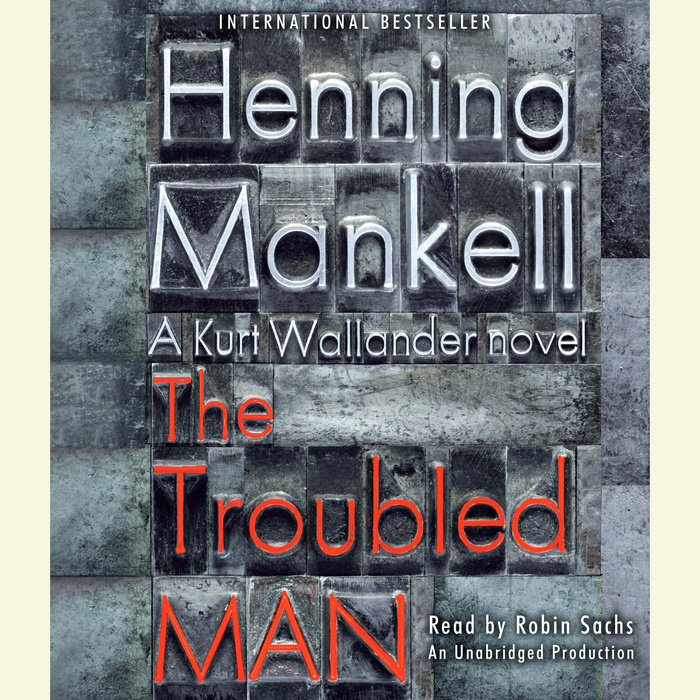 On a winter day in 2008, Håkan von Enke, a retired high-ranking naval officer, vanishes during his daily walk in a forest near Stockholm. The investigation into his disappearance falls under the jurisdiction of the Stockholm police. It has nothing to do with Wallander—officially. But von Enke is his daughter’s future father-in-law. And so, with his inimitable disregard for normal procedure, Wallander is soon interfering in matters that are not his responsibility, making promises he won’t keep, telling lies when it suits him—and getting results. But the results hint at elaborate Cold War espionage activities that seem inextricably confounding, even to Wallander, who, in any case, is troubled in more personal ways as well. Negligent of his health, he’s become convinced that, having turned sixty, he is on the threshold of senility. Desperate to live up to the hope that a new granddaughter represents, he is continually haunted by his past. And looking toward the future with profound uncertainty, he will have no choice but to come face-to-face with his most intractable adversary: himself.
Read More
“It’s an unforgettable finale . . . As satisfying for its emotional depth as its suspense . . . A gripping mystery.”
—People (four stars)

“With his new Wallander novel Mankell ups his game and enters John le Carré territory. Not only does The Troubled Man widen the scope of the detective’s investigations into the world of international geopolitics and the relationship of Sweden to the U.S. and Russia, it is a work of genuine heft and substance, a melancholy, elegiac book that is thoughtful and perceptive about memory, regret and the unfathomability of human nature . . . Marvelously astute about behavior and motivation, Mankell has created in Wallander a shambling central character whose unconventional personality is at least as compelling as the crimes he investigates . . . We can feel Mankell consciously saying goodbye to these people [from Wallander’s past] and that he will regret not writing about them as much as we will miss reading about them. Which is more, really, than words can say.”
—Los Angeles Times

“An absorbing and exciting work . . . The unique nature of The Troubled Man is how its two concerns—the search for the missing ex-officer, and Wallander’s emotional history and physical health—run along parallel (sometimes conjoining) tracks . . . The resulting book is at once richer in personal detail and more suspenseful than either a work of strictly mainstream fiction or a simple police novel could be. Mankell remains in the vanguard of those writers taking the crime story back to its origins in the realistic novel.”
—San Francisco Chronicle

“Readers whose knowledge of Scandinavian crime fiction goes beyond Stieg Larsson know that it was Henning Mankell who jump-started what has developed into a twenty-year Golden Age. Mankell’s latest novel, the final volume in his Kurt Wallander series, represents a landmark moment in the genre comparable to the swan songs of Ian Rankin’s John Rebus and John Harvey's Charlie Resnick . . . Moving and oddly inspiring. An unforgettable series finale.”
—Booklist (starred)

“Wallander makes a riveting [11th] appearance . . . Though shivering in the winter of his discontent, Wallander will grip the reader hard . . . He is that rare thing: a true original.”
—Kirkus Reviews (starred)

“Masterful . . .  Mankell deftly interweaves the problems of Swedish society with the personal challenges of one man trying to understand what happened and why.”
—Publishers Weekly (starred)

“A magnificent finale . . . Wallander finds himself embroiled in John le Carré–style cold war machinations . . . It’s to be hoped that Mankell may be persuaded to revive his grumpy Nordic inspector . . . He’s far too good to lose.”
—Ian Thomson, Financial Times (UK)

“The Troubled Man delivers in full as a whodunit, as all the Wallander books do . . . [It] brings in all the elements his fans would hope for . . . The Troubled Man is a sorrowful—how could it not be?—but fully satisfying conclusion to a great series. No Mankell reader will think of missing it.”
—David Sexton, Evening Standard (UK)

“The best of Mankell’s books, without a doubt  . . . A magisterial farewell.”
—El Periódico (Spain)

“By far the most touching Wallander novel.”
—Brigitte (Germany)

“The anchor of Wallander’s personality ensures that The Troubled Man operates as a good, gritty procedural . . . Mankell is undoubtedly a skilled writer with plenty of breadth, but it’s clear that his subtleties of character, plot, and pace achieve greatest expression in the Wallander series.”
—James Urquhart, Independent on Sunday (UK)

“With The Troubled Man, Mankell must have known he had to deliver something really special and that is precisely what he has done. This is a perfect valedictory novel if, that is, we believe Mankell won’t find some way to reactivate his hero . . . Fears the final appearance of a beloved character would be an anticlimax are quickly banished and it seems Mankell has worked hard to ensure his customary storytelling engines are firing on all cylinders, delivering one of the richest tomes in the Wallander canon.”
—Barry Forshaw, Daily Express (UK)

“Mankell has created a singular character with this policeman named Kurt Wallander, with whom he has reshaped the history of the European crime novel.”
—La Razón (Spain)

“The curtain falls for Kurt Wallander and it’s time to give him a standing ovation. If anyone doubted that he would become a classic, this final act proves it.”
—Qué Leer (Spain)
Read More