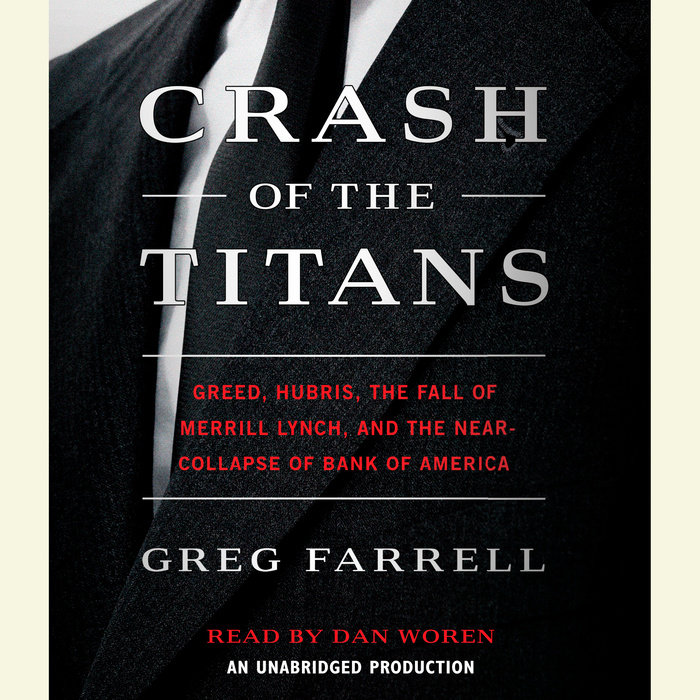 With one notable exception, the firms that make up what we know as Wall Street have always been part of an inbred, insular culture that most people only vaguely understand. The exception was Merrill Lynch, a firm that revolutionized the stock market by bringing Wall Street to Main Street, setting up offices in far-flung cities and towns long ignored by the giants of finance. With its “thundering herd” of financial advisers, perhaps no other business, whether in financial services or elsewhere, so epitomized the American spirit. Merrill Lynch was not only “bullish on America,” it was a big reason why so many average Americans were able to grow wealthy by investing in the stock market.

Merrill Lynch was an icon. Its sudden decline, collapse, and sale to Bank of America was a shock. How did it happen? Why did it happen? And what does this story of greed, hubris, and incompetence tell us about the culture of Wall Street that continues to this day even though it came close to destroying the American economy? A culture in which the CEO of a firm losing $28 billion pushes hard to be paid a $25 million bonus. A culture in which two Merrill Lynch executives are guaranteed bonuses of $30 million and $40 million for four months’ work, even while the firm is struggling to reduce its losses by firing thousands of employees.

Based on unparalleled sources at both Merrill Lynch and Bank of America, Greg Farrell’s Crash of the Titans is a Shakespearean saga of three flawed masters of the universe. E. Stanley O’Neal, whose inspiring rise from the segregated South to the corner office of Merrill Lynch—where he engineered a successful turnaround—was undone by his belief that a smooth-talking salesman could handle one of the most difficult jobs on Wall Street. Because he enjoyed O’Neal’s support, this executive was allowed to build up an astonishing $30 billion position in CDOs on the firm’s balance sheet, at a time when all other Wall Street firms were desperately trying to exit the business. After O’Neal comes John Thain, the cerebral, MIT-educated technocrat whose rescue of the New York Stock Exchange earned him the nickname “Super Thain.” He was hired to save Merrill Lynch in late 2007, but his belief that the markets would rebound led him to underestimate the depth of Merrill’s problems. Finally, we meet Bank of America CEO Ken Lewis, a street fighter raised barely above the poverty line in rural Georgia, whose “my way or the highway” management style suffers fools more easily than potential rivals, and who made a $50 billion commitment over a September weekend to buy a business he really didn’t understand, thus jeopardizing his own institution.

The merger itself turns out to be a bizarre combination of cultures that blend like oil and water, where slick Wall Street bankers suddenly find themselves reporting to a cast of characters straight out of the Beverly Hillbillies. BofA’s inbred culture, which perceived New York banks its enemies, was based on loyalty and a good-ol’-boy network in which competence played second fiddle to blind obedience.

Crash of the Titans is a financial thriller that puts you in the theater as the historic events of the financial crisis unfold and people responsible for billion of dollars of other people’s money gamble recklessly to enhance their power and their paychecks or to save their own skins. Its wealth of never-before-revealed information and focus on two icons of corporate America make it the book that puts together all the pieces of the Wall Street disaster.
Read More
"Eminently readable and convincing...There's great value to be gained in the detail that Farrell reveals." —Salon

"An exhaustive reconstruction of how Merrill Lynch & Co. sealed its own fate by
becoming more bullish on bonuses than on America." —James Pressley, Bloomberg

"Farrell weaves his facts into a story...piling detail upon detail to sketch the inner
workings of Merrill Lynch, which he calls the Wall Street firm that made it possible for
average Americans to reap handsome returns in the stock market." —USA Today

“Immaculately reported…Farrell has found one of the biggest untold stories of the [financial crisis] drama.” —Financial Times

“Farrell tells a story based on hundreds of hours of interviews that builds like a hurricane.” —Forbes.com
Read More