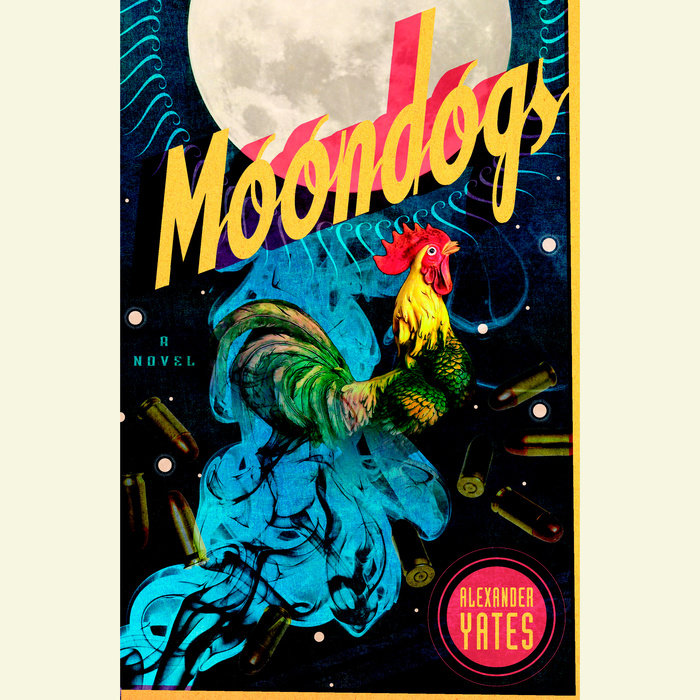 Written by: Alexander Yates
Read by: Paul Michael
12 Hours and 28 Minutes Imprint: Random House Audio Genre: Fiction - Literary Release Date: March 15, 2011
A singularly effervescent novel pivoting around the disappearance of an American businessman in the Philippines and the long-suffering son, jilted lover, slick police commissioner, misguided villain, and supernatural saviors who all want a piece of him.

Mourning the recent loss of his mother, twentysome­thing Benicio—aka Benny—travels to Manila to reconnect with his estranged father, Howard. But when he arrives his father is nowhere to be found—leaving an irri­tated son to conclude that Howard has let him down for the umpteenth time. However, his father has actually been kid­napped by a meth-addled cabdriver, with grand plans to sell him to local terrorists as bait in the country’s never-ending power struggle between insurgents, separatists, and “demo­cratic” muscle.

Benicio’s search for Howard reveals more about his father’s womanizing ways and suspicious business deals, reopening the old hurts that he’d hoped to mend. Interspersed with the son’s inquiry and the father’s calamitous life in captivity are the high-octane interconnecting narratives of Reynato Ocampo, the local celebrity-hero policeman charged with rescuing Howard; Ocampo’s ragtag team of wizardry-infused soldiers; and Monique, a novice officer at the American embassy whose family still feels feverishly unmoored in the Philippines.

With blistering forward momentum, crackling dialogue, wonderfully bizarre turns, and glimpses into both Filipino and expat culture, the novel marches toward a stunning cli­max, which ultimately challenges our conventional ideas of family and identity and introduces Yates as a powerful new voice in contemporary literature.
Read More

"Dazzling....engaging....Mr. Yate's most impressive feat is to synchronize a sort of gradual reconciliation between the father and son without the two even meeting. But that is only half of the action....[and] Mr. Yates attacks this twist with shoot-'em-up verve.....readers will be gratified by the ambition and raw energy on the display in this particularly promising debut"--Wall Street Journal

"Weird and weirdly affecting Philippines-set novel. The multiple story lines — involving an American businessman, his bumbling kidnappers, his estranged son, an embassy worker having an affair with a Filipino national hero, and an A-Team of supernaturally enhanced soldiers — languorously intertwine, thankfully without the soulless Swiss-watch efficiency that often governs books with such large casts. Yates, who spent part of his youth on the archipelago, caulks the cracks with local detail, but leaves enough room for Moondogs' narrative to breathe." --Entertainment Weekly


"The kidnapping of an American businessman in the Philippines sets in motion an odd series of events involving his estranged son, a hard-boiled cop who inspired a hugely popular film series and a ragtag strike force with special powers. Yates' accomplished debut is an unlikely mix of folktale, Tarantino-esque pulp fiction, island adventure and geopolitical novel. Howard Bridgewater, a high-rolling ugly American whose firm services resorts, has been living in the Philippines for five years. Prompted by his ex-wife's death in Chicago, he convinces his grudge-ridden son Benicio, who lives in Virginia, to come over for a visit. By the time Benicio arrives, Howard has been abducted by a hapless, meth-addicted cab driver named Ignacio who plans on selling him to Moro terrorists. Problem is, he can't find any buyers. The bigger problem is that shady supercop Reynato Ocampo is after him, backed by an impressionable kid who can shoot anyone or anything at any distance (he's a devout fan of the "Ocampo Justice" movies) and a soldier who can turn into a dog or horse or spider. (Ignacio's nasty sidekick is a rooster who smokes.) Reynato is having an affair with Monique, a stressed U.S. Embassy officer who recently relocated to her native soil from America with her insomniac husband and kids; Solita, the prostitute, is demanding support money for the boy who may or may not be Howard's, and Charlie, the actor who plays Ocampo, is shamelessly running for political office. Yates handles the multiple points of view and fragmented narrative flawlessly. As outrageous as the action gets, he keeps his distinctive voice consistent and his tone measured, masterfully modulating the comic and violent effects. There's unexpected depth of emotion in the relationships and in the characters' connection to the land. The author lived in the Philippines when he was a teenager, and later returned to work at the U.S. Embassy. His feeling for and physical descriptions of the islands strongly reflect that experience. An unusual and unusually involving first novel with strong characters and nifty supernatural effects."
--Kirkus Reviews, starred review

"Like one of his own characters, Yates is a bruho, endowed with magical vision that allows him to see the invisible strands of fate and luck that bind people to each other.  He is also a sharpshooter, able to survey an entire city of millions, and then, in an instant, train his sights on an individual target, focusing with great precision on delicate movements of the head and the heart."
–Charles Yu, author of How To Live Safely in a Science Fiction Universe

"MOONDOGS is the thrilla’ in Manila, a rollicking mash-up of magic and mayhem that grabs you by the collar and won't let go.  Alexander Yates sizzles."
—Keith Donohue, author of The Stolen Child and Angels of Destruction

"An electric and fierce debut novel where strangers share a world with the estranged, and their hidden secrets and open hostilities are equally combustible.  Yates writes with a sense of color and heat that crackles in the voices of his star-crossed characters and adds a vivid glow to the streets of Manila and waters of the Philippines.  MOONDOGS beckons, drawing readers onward with a vibrant intensity that is both lyrical and thrilling. -Ravi Howard, author of Like Trees, Walking

"The greatest of Yates' many talents is his ability to make us feel like insiders in so many different worlds and minds. He has Elmore Leonard's logistical chops and Charles Portis' sense of humor but the juggling act of MOONDOGS is entirely his own—and nothing ever touches the ground."—Roy Kesey, author of All Over and the upcoming Pacazo