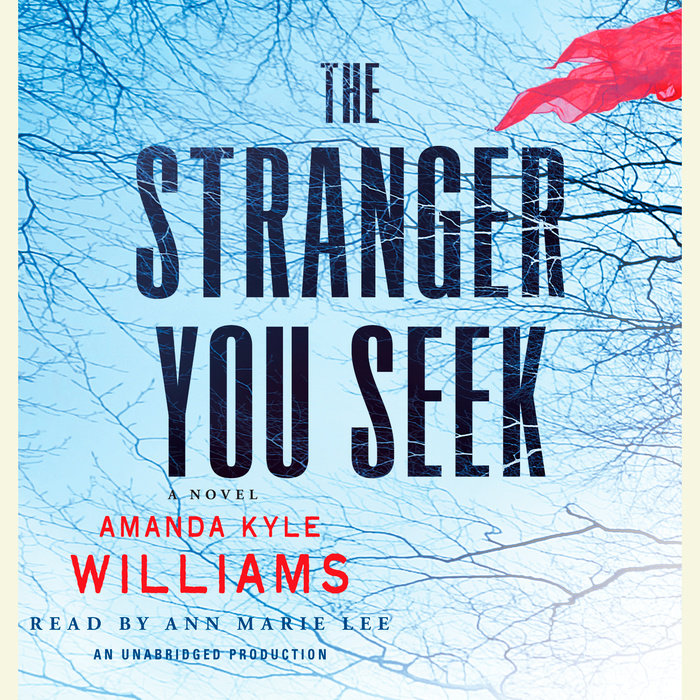 Written by: Amanda Kyle Williams
Read by: Ann Marie Lee
14 Hours Imprint: Random House Audio Genre: Fiction - Thrillers - General Release Date: August 30, 2011
The papers have called me a monster. You’ve either concluded that I am a braggart as well as a sadist or that I have a deep and driving need to be caught and punished.

In the sweltering heat of an Atlanta summer, a killer is pushing the city to its breaking point, preying on the unsuspecting, writing taunting letters to the media, promising more death. Desperate to stop the Wishbone Killer before another victim meets a shattering end, A.P.D. lieutenant Aaron Rauser turns to the one person he knows can penetrate a deranged mind: ex–FBI profiler Keye Street.

And you must certainly be wondering if I am, in fact, the stranger you seek.

Keye was a rising young star at the Bureau until addiction derailed her career and her life. Now sober and fighting to stay so, Keye picks up jobs where she can get them: catching adulterers, serving subpoenas, chasing down bailjumpers, and dodging the occasional bullet. With multiple victims, little to go on, and an entire police force looking for direction, the last thing Keye wants is to be pulled into the firestorm of Atlanta’s worst nightmare.

Shall I convince you?

And then it suddenly becomes clear that the hunter has become the hunted—and the stranger she seeks is far closer than she ever dared imagine.

An electrifying thriller debut, The Stranger You Seek introduces a brash, flawed, and unforgettable heroine in a complex, twisting novel that takes readers deep into a sultry Southern summer, a city in the grips of chaos, and a harrowing cat-and-mouse game no reader will ever forget.
Read More
Advance praise for The Stranger You Seek

“She is the best fictional female P.I. since Sue Grafton's Kinsey Millhone. And with its shocking triple-twist climax, this is the best private eye debut since Dennis Lehane's "A Drink Before the War." Grade: A  —Cleveland Plain-Dealer

“This is a character-driven, nonstop thriller with flashes of wit and romance that
builds to a harrowing climax; fans of the genre will want to get in at the start.”  —Booklist

“Williams (Club Twelve, 1994, etc.) creates a frightening and occasionally witty novel, perfect for those who can sleep with one eye open. Think Mary Higgins Clark with an edge.”  —Kirkus (starred review)

“An explosive, unpredictable, and psychologically complex thriller that turns crime fiction cliches inside out….Those looking for a strong female protagonist not a sexpot and as intelligent, tough, and flawed as any male thriller hero will be richly rewarded.”  —Publishers Weekly (starred review)

“There’s a new voice in Atlanta, and her name is Amanda Kyle Williams. A dark, gritty thriller, The Stranger You Seek is a sensational debut. Readers will relish this story’s many captivating, powerful, and compelling layers.”—New York Times bestselling author Julia Spencer-Fleming

“The Stranger You Seek is a page-turning thrill ride from a writer with a sure hand, keen psychological insight, and a devious imagination. Keye Street is my kind of detective: complicated, savvy, flawed, and blessed with a sharply observant dark wit. This is a great read from a powerful new voice.”—New York Times bestselling author Joshilyn Jackson

“From its chilling first page, The Stranger You Seek hurtles heroine Keye Street into a race against time that crosses the finish line with a satisfying twist, leaving readers breathlessly waiting for the next installment.”—New York Times bestselling author Wendy Corsi Staub

“The Stranger You Seek is filled with rich, evocative prose that transports you straight to the South and right into the psyche of new heroine Keye Street. She’s formidable, but poignantly human as she struggles to navigate her present while battling shadows of her past. You can almost feel the Georgia humidity when you read this book, but you’ll definitely feel the heat when the victims of a calculating, relentless serial killer start stacking up. This book burns rubber to the end, so carve out some downtime, because you won’t want to leave Keye hanging.”—PJ Tracy, author of the Monkeewrench series

“Keye Street is a kick-ass protagonist! Strap yourself in for a twisting, turning carnival ride of a plot through the New South—this is compulsive reading!”—Vicki Lane, author of The Day of Small Things

“The Stranger You Seek is a riveting debut with rapid-fire pacing, expert plotting, and an introduction to the memorable and winning Keye Street. Both Williams and Street should be around for the long haul, so discover them now from the start.”—Alafair Burke, author of Long Gone 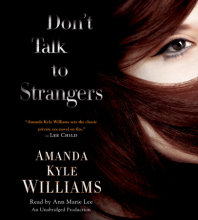 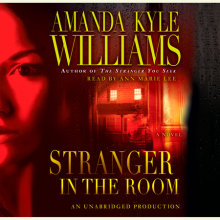