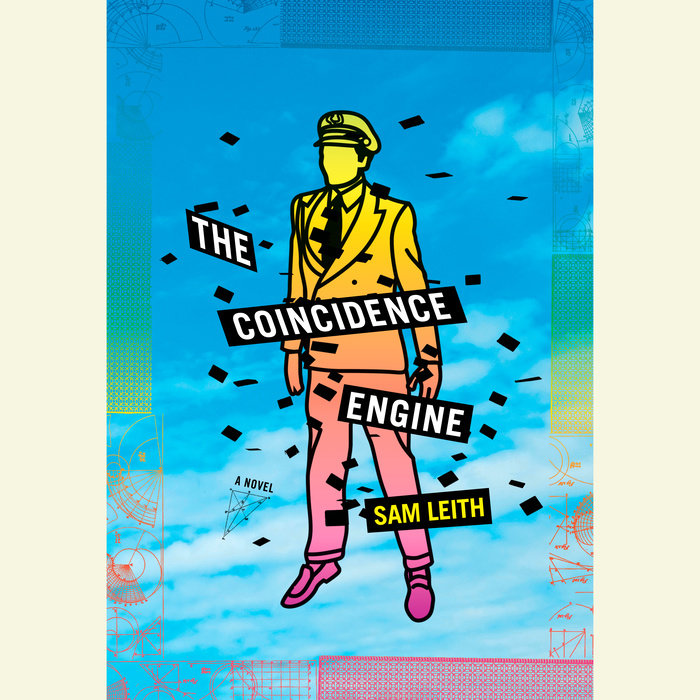 “A tremendous novel—droll, savvy, original. An invigorating blast of fiction.”
—William Boyd, Author of Any Human Heart and Restless.”

A hurricane sweeps off the Gulf of Mexico and, in the back country of Alabama, assembles a passenger jet out of old bean cans and junkyard waste. This piques the interest of the enigmatic Directorate of the Extremely Improbable. Their fascination with this random event sets into motion a madcap caper that will bring together a hilarious cast of characters, including: an eccentric mathematician, last heard of investigating the physics of free will; a lovelorn Cambridge postgraduate who has set off to America with a ring in his pocket and hope in his heart; and a member of the Directorate with no capacity for imagination.  What ensues is a chaotic chase across a fully realized, hyper-real America, haunted by madness, murder, mistaken identity, and conspiracy.  The Coincidence Engine is a lively, boisterous debut that heralds the arrival of a major new talent.
Read More
“A comic caper. . . . Pitched somewhere between the heartbreaking pitfalls of Jonathan Coe and the paranoid zaniness of Thomas Pynchon, this is a clever debut, well worth checking out.” — Sunday Times

“Witty and inventive, like something out of Hitchcock by way of Carl Hiassen, this tale of mayhem, murder and mistaken identity is a hugely entertaining, freewheeling riff on the paranoid, conspiracy driven American psyche.” —The Mail on Sunday

“Blending elements of a road novel, a spy thriller and a philosophical inquiry into the nature of chance, it is gripping, funny and unsettling.” —Financial Times

“The silliness multiplies across Sam Leith’s pages like fractal rainbows. . . . Anarchic, psychedelic, with a serious delight in paradox. . . . For [Leith], silliness is not camouflage but its opposite: a tantalizing surface that attracts attention and draws it very much deeper.” —The Guardian

“A novel of ideas. . . . Sam Leith [writes] with admirable imaginative stamina, helped along by sharply observed and entertaining writing.” —Independent

“A comic thriller that, in its deliberate daftness, shows how disturbing daftness can be when taken to extremes.” —Times Literary Supplement
Read More