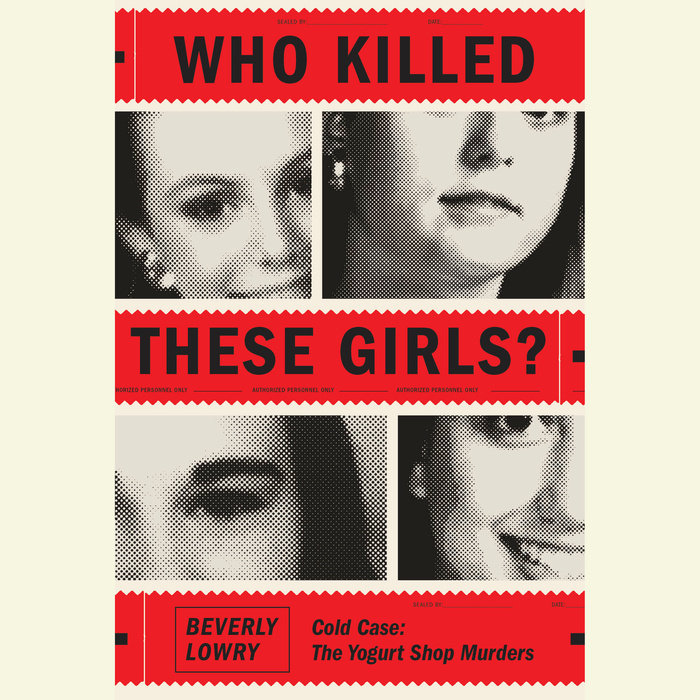 Written by: Beverly Lowry
Read by: Amanda Carlin
15 Hours and 13 Minutes Imprint: Random House Audio Genre: True Crime - General Release Date: October 11, 2016
From the author of Crossed Over, another masterful account of a horrible crime: the murder of four girls, countless other ruined lives, and the evolving complications of the justice system that frustrated the massive attempts--for twenty-five years now--to find and punish those who committed it.

The facts are brutally straightforward. On December 6, 1991, the naked, bound-and-gagged bodies of the four girls--each one shot in the head--were found in an I Can't Believe It's Yogurt! shop in Austin, Texas. Grief, shock, and horror spread out from their families and friends to overtake the city itself. Though all branches of law enforcement were brought to bear, the investigation was often misdirected and after eight years only two men (then teenagers) were tried; moreover, their subsequent convictions were eventually overturned, and Austin PD detectives are still working on what is now a very cold case. Over the decades, the story has grown to include DNA technology, false confessions, and other developments facing crime and punishment in contemporary life. But this story belongs to the scores of people involved, and from them Lowry has fashioned a riveting saga that reads like a Russian novel, comprehensive and thoroughly engrossing.
Read More
“Beverly Lowry is rapidly becoming the Zola of Central Texas. Her character studies only get better.” —Larry McMurtry

“An epic story: everyone touched by it was broken in some way. A vivid depiction of the upheaval these tragedies unleash, and the fallacy of closure.” —Dave Cullen, author of Columbine

“Compulsively readable, a real nail-biter, Beverly Lowry’s latest foray into true crime is as much a finely layered study of locale as an examination of the inexplicable violence of the human animal. Detail by detail, in beautifully turned, nuanced sentences, she uncovers and probes with patient skill this tragic communal wound.” —Phillip Lopate

“Lowry looks deep into the horrors of four unsolved killings in Austin in the early 1990’s with a detective’s mind and a novelist’s heart. The result is a book that is gripping, moving, and as good as any depiction of a murder case that’s been published since In Cold Blood. Is true crime not your thing? It isn’t my thing either, but this transcends the genre. Brilliant.”—Ann Patchett
Read More