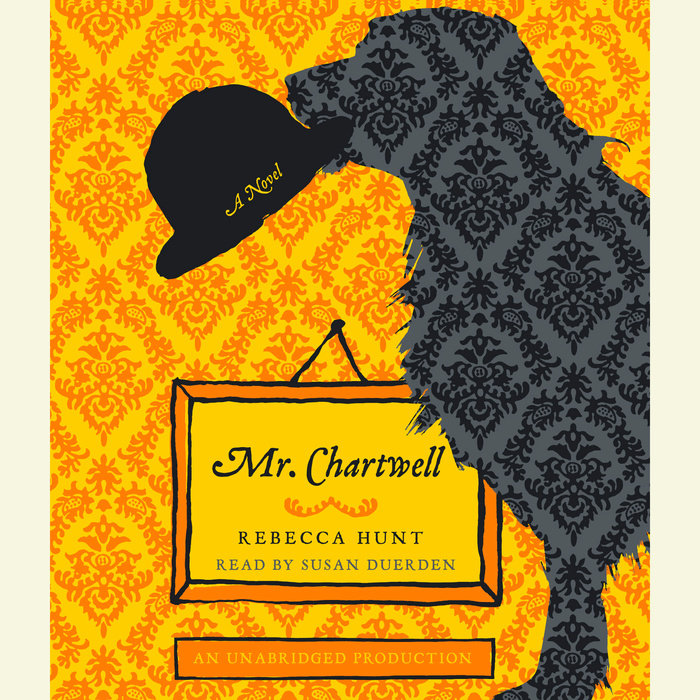 July 1964. Chartwell House, Kent: Winston Churchill wakes at dawn. There’s a dark, mute “presence” in the room that focuses on him with rapt concentration.

Soon after, in London, Esther Hammerhans, a librarian at the House of Commons, goes to answer the door to her new lodger. Through the glass she sees a vast silhouette the size of a mattress.

Charismatic, dangerously seductive, Mr. Chartwell unites the eminent statesman at the end of his career and the vulnerable young woman. But can they withstand Mr. Chartwell’s strange, powerful charms and his stranglehold on their lives? Can they even explain who or what he is and why he has come to visit?

In this utterly original, moving, funny, and exuberant novel, Rebecca Hunt explores how two unlikely lives collide as Mr. Chartwell’s motives are revealed to be far darker and deeper than they at first seem.
Read More
Praise for Mr. Chartwell

“[A] marvellously original, tender and funny debut novel . . . Rebecca Hunt proves herself to be a gifted writer who has no need of fictional realism to deliver profound truths.”—The Daily Mail

“Extraordinary . . . Owing to Hunt’s robust, intelligent style and the ingenuity and compassion with which she deals with her story, [Mr. Chartwell] is very good indeed.”—The Daily Telegraph (London)

“Moving . . . Hunt treats her heavy themes with a light, intelligent touch and writes with a distinctive blend of humour, restraint and insight.”—Metro

“Utterly gripping . . . truly innovative . . . beautifully written . . . One of those novels which knock you sideways with the brilliance of the idea behind it.”—Stylist

"A clever, entertaining, and deliciously literary novel that literally personifies Winston Churchill's "black dog" of melancholy. It is dark comedy at its finest."
– Kathryn Stockett, author of The Help, in Entertainment Weekly


"Please, willingly suspend disbelief and allow Hunt’s vivid imagination to take you on this exuberant funhouse ride through a week in the lives of Esther, Winston, two matchmakers, the easygoing love interest, and the buttoned-up library director at the House of Commons. VERDICT: Already published in Hunt’s home country, Great Britain, this debut novel cleverly combines historical detail, a marvelously subtle sense of humor, and the wit of J.K. Rowling to give readers a quirky assortment of characters they can root for with abandon."
-- Library Journal (starred review)


"A real joy to read: funny, clever and original. A darkly comic debut that hits all the right notes."
-- Scotsman

"Hunt's concept is intriguing, and she paints a vivid picture of the symptoms of depression."
-- Sunday Times

"Offers a powerful evocation of depression. Brilliantly original and thought-provoking. She tackles a serious topic with humour and intelligence and marks herself out as one to watch."
-- Sunday Express


"A remarkable debut. These are some of the best evocations of depression you’ll read."
-- Observer

"Powerful and original. Rebecca Hunt is a name to watch."
- The Bookseller